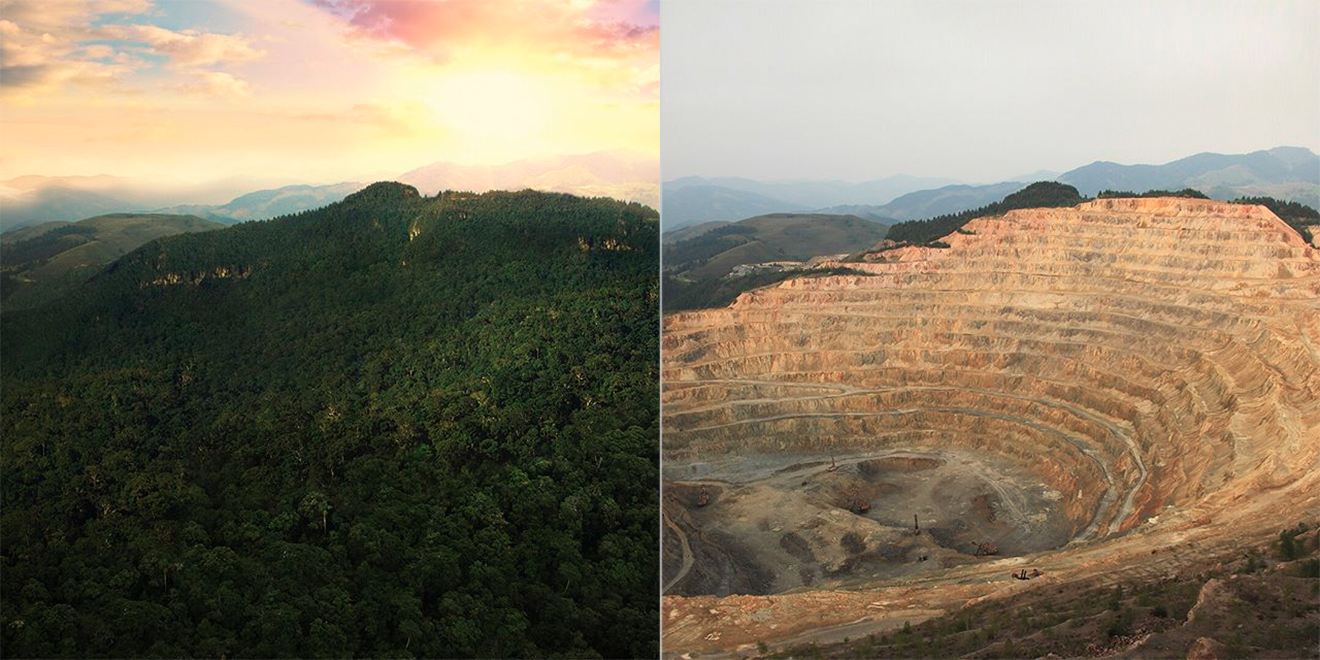 A photo that appeared to be of a lush forest was actually a Romanian locale now carved out for mining.
WWF and @littlegypsyblog via Instagram
Share
By David Griner
|
April 5, 2018
Share

Browse any travel influencer’s Instagram feed, and you’ll quickly notice one major trend among the commenters: Envy. It’s an understandable feeling. We all wish we had the freedom to travel to the world’s most lush and exotic destinations and post gorgeous photos along the way.

With their new campaign, cleverly hashtagged #TooLaterGram, the World Wildlife Fund and agency TBWA\Paris have used that FOMO vibe to turn the jealousy of wanderlust into environmental awareness.

The WWF partnered with nine popular Instagrammers, who posted photos of serene and scenic destinations around the world, sparking the kind of comments you’d expect: “Wow, absolutely beautiful!” “The colors of your photo are beautiful and the landscape too!”

But the shots were a bit of a bait-and-switch, with follow-up shots in the feeds or galleries showing that the scenic destination is an illusion, and the real locale has actually been devastated by pollution, clear-cutting and other forms of destruction.

The reveals were paired with messages such as: “Unfortunately, you won’t be able to visit this place anymore. #TooLatergram But there are still places that need our help to be saved. And we must rise before the tide does.”

Jacquelin Guillaume-Duverne, creative director of TBWA\Paris, said the format of the campaign helped it transcend any one nation or language.

“It became obvious IGers were the most powerful media to reach millennials about a subject already treated in traditional media,” Guillaume-Duverne tells Adweek. “The campaign traveled the world without any translation.” .