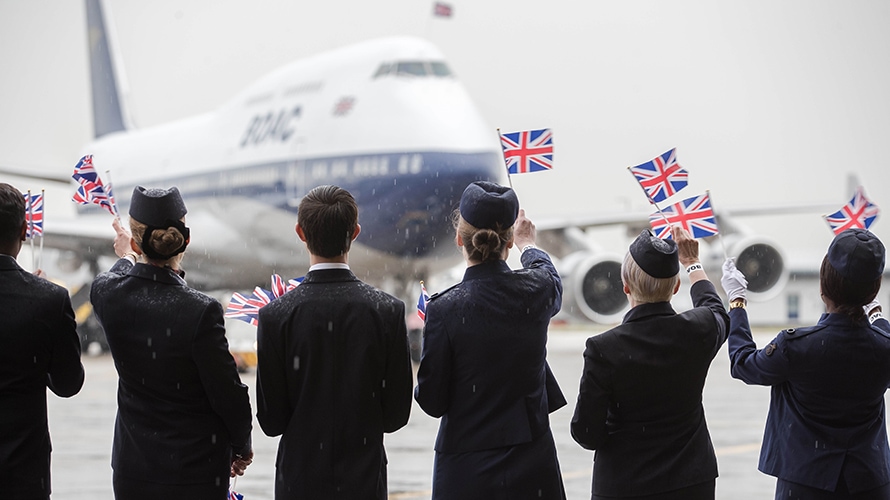 On the grassy outskirts of Dublin Airport, across the looping service roads that bring millions of travelers to the gleaming gates of Terminals 1 and 2, there’s a massing of gray hangars the traveling public might not notice. One of them is home to International Aerospace Coatings, or IAC, which, as its name suggests, is in the business of painting airplanes. IAC operates 13 facilities across the globe, and its painters have sprayed on the liveries of the world’s best-known carriers: Air France, Delta, Emirates, United and many others.

But in February, the IAC crew in Dublin primed their spray nozzles for a very different sort of paint job. Parked in one of the hangars was a 747 belonging to British Airways—but it wouldn’t be getting the usual BA paint scheme. Instead, the crew dressed up the jumbo jet in the livery of BOAC—the British Overseas Airways Corporation, a carrier that first took off in 1940 and hadn’t seen the skies since 1974. Once the paint was dry, a crew flew the jumbo jet down to London’s Heathrow Airport, where a crowd had assembled for no other reason than to admire the paint job. 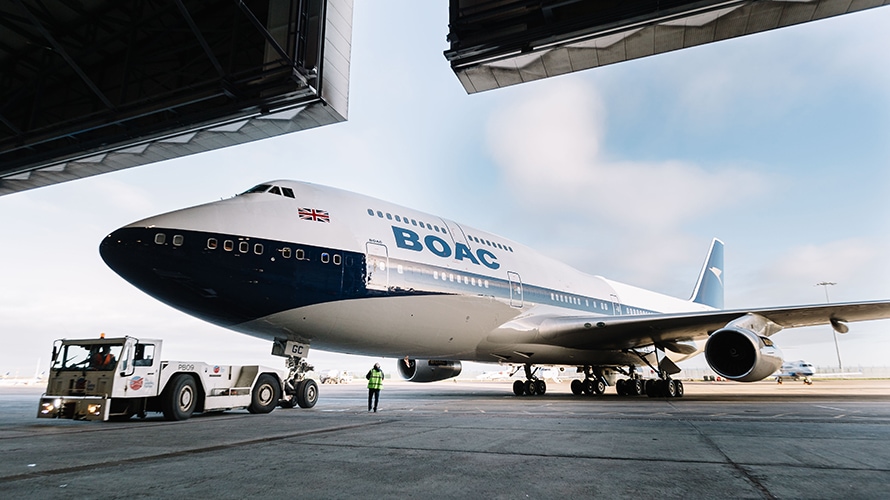 The BOAC livery hadn't been seen since 1974.
Courtesy of British Airways

“The enormous interest we’ve had in this project demonstrates the attachment many people have to British Airways history,” CEO Alex Cruz told the crowd. “It’s something we are incredibly proud of.”

Proud … of a new coat of paint? Well, of course, Cruz was talking about more than just that.

The resurrected BOAC livery was a well-planned nod to British Airways’ centennial. As such, bringing back a long-retired livery also constituted a dashing bit of marketing. And British Airways isn’t the only carrier to understand the power of paint. In recent years, United, American, KLM, Lufthansa, Alaska Airlines and Air Canada have all repainted their jets in the liveries of yesteryear.

And British Airways didn’t stop with its BOAC plane. On March 9, another of the carrier’s 747s touched down at Heathrow with a throwback color scheme—this one, the famous Landor Livery. Named after the global brand consultancy that originally did the work, the design first appeared on BA’s fleet in 1984 and featured a stylized Union Jack on the belly of the fuselage and a regal-looking crest ornamenting the tail fin. Meanwhile, BA also took an Airbus A319 out of rotation and painted it with the old livery for British European Airways, another of BA’s predecessor brands. “We’re sure this latest livery will bring back a flood of emotions and pride in not only British Airways, but in the U.K.’s impressive aviation history,” Cruz said. 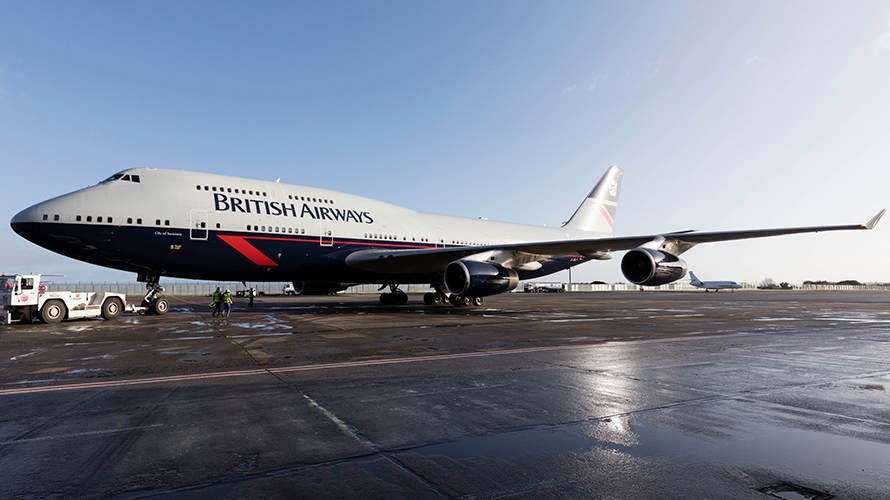 That might sound like PR speak, but the CEO was explaining the emotional impact these throwback styles can have on the traveling public.

“In a highly commoditized marketplace, it’s difficult to find differentiation,” Landor’s chairman and global creative officer Peter Knapp said. “The one thing that the legacy airlines have over the aggressive competition of the low-cost carriers is history. BA celebrating their 100-year anniversary is an explicit signal of the value of their experience. In effect, they are producing their own timeline in the sky, via these retro liveries, which says, ‘Trust us, we’ve been doing this for years.’”

Indeed, British Airways is only the latest legacy carrier to act on the value of that kind of messaging. In 1997, Air Canada marked its 60th anniversary by repainting one of its Airbus A319s in the old dress of Trans-Canada Airlines, the name of the carrier until 1965. In 2007, Alaska Airlines commemorated its 75th with its Starliner livery, a modified version of the color scheme developed for its DC-3 planes at the end of World War II.