Social media is shining a light on curvy, body-positive women 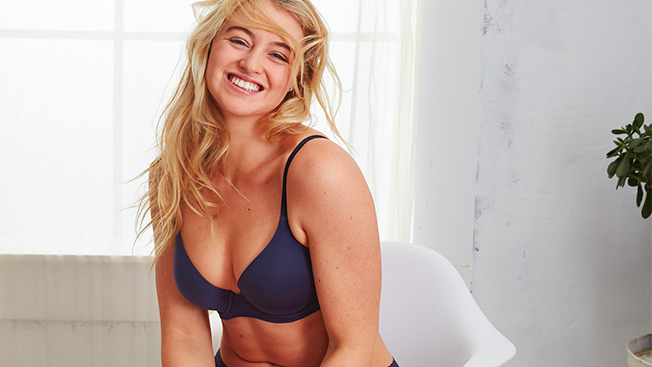 Earlier this year, Sports Illustrated made national headlines for featuring a plus-size model on the cover of its iconic Swimsuit Issue for the first time ever. Upon the cover's reveal, editor MJ Day proclaimed, "Beauty is not cookie-cutter. Beauty is not 'one size fits all.'"

We've all heard similar refrains countless times, from both media outlets and brands whose actual representation of women would beg to differ. Lately, though, a growing number of them are beginning to put their money where their mouths are by hiring models who don't fit the typical size zero mold, making curvy models like Ashley Graham (who starred on the SI cover as well as Maxim's April 2016 issue), Robyn Lawley (who has appeared in campaigns for brands like Barneys and Lauren by Ralph Lauren) and Tess Holliday (who covered People's body issue last year as "The World's First Size 22 Supermodel") into household names.

"We're seeing a great acceptance of girls in all different sizes, which is really exciting," noted Gary Dakin, the former head of Ford's now-shuttered plus division who in 2013 co-founded modeling agency JAG, which represents women of all sizes. "It's not something that was happening in our day at Ford." So what is making brands finally pay attention? As in so many other cultural shifts, social media has played a major role. On platforms like Instagram and Twitter, women who have for so long felt ignored by mainstream fashion are finally able to have a voice. They're sharing body-positive selfies and hashtags, following plus-size bloggers like GabiFresh and Nicolette Mason (whose massive audiences have led to magazine columns and designer partnerships) and letting brands know exactly what they think.

Curvy models, too, are using social media to raise their profile in a way that wouldn't have been possible a decade ago. Take Iskra Lawrence, the 25-year-old British model best known for appearing in Aerie's famously unretouched #AerieReal campaign, who commands an Instagram audience of over 1.7 million.

After years of not fitting the mold as either a straight-size or plus-size model, Lawrence, who is now represented by JAG, recalled, "I decided that social media was my chance to take hold of my career and create my own path. I realized that if I start building a following, more women might stand up and say, 'We want to see more models like this.'"

She now uses her account to encourage self-acceptance, fight back against body-shamers, promote her work with the National Eating Disorders Association and post plenty of sexy selfies celebrating her figure. "When someone sees an image of a woman, it makes them feel a certain way about themselves, so I want to show these girls that I'm real just like them," she said. Of course, brands aren't just embracing body diversity because it's the right thing to do. Retailers like Aerie, whose groundbreaking #AerieReal campaign boosted parent company American Eagle Outfitters' growth by 4 percent last year, and Lane Bryant, whose similarly viral (and very provocative) #ImNoAngel and #PlusIsEqual campaigns were credited with same-store sales increases of 6 percent, are proving that promoting new beauty standards can be lucrative.

It's partly for that reason that magazines are catching on, too. "We've had some big editorial clients coming out of the woodwork in some major ways," noted Dakin. "The ad dollars definitely speak." In addition to titles like Sports Illustrated and Cosmo creating buzz by putting plus girls on their covers and including them in editorial shoots, some women's magazines have been making an effort to increase their regular coverage of different sizes.

"The bottom line is that 50 percent of American women are a size 14 or above, so that means magazines [that aren't including plus-size fashion] are willfully ignoring 50 percent of their readership," said Redbook editor in chief Meredith Rollins, who eschewed the usual dedicated plus-size fashion section in favor of including more full-figured models—and real women—throughout the magazine. Beginning this month, Redbook has even stopped using the term "plus-size" altogether; instead, the magazine simply notes an item's available sizes.

Lawrence, for one, is a big supporter of Redbook's decision. "All women should be able to shop in the same place, wear the same designers, experience fashion in the same way," she said. "People are really empowered, and that's not going to change."