Why Jolly Rancher and Anomaly Are Telling Frustrated Millennials to ‘Keep on Sucking!’ Some things in life unquestionably suck. Middle seats. Traffic jams. Rain delays. And young people, due to their limited means, are forced to put with even more things that suck. Student loans. Roommates. Shaky job prospects.

All of which led Jolly Rancher to the insight for its new campaign aimed at 18- to 24-year-olds. Yes, life can suck, the ads say. But Jolly Rancher candy can make those suckier moments a little less sucky—and at the same time, a little more sucky, given that this is, after all, a candy you suck on.

The gleefully juvenile campaign, created by Anomaly in New York, launched in early August and carries the tagline, "Keep on sucking!" And it's a rallying cry being sounded across social, digital, out-of-home and TV—exhorting millennials to keep on sucking the candy until frustrating moments suck a little less. For the agency, the parallels between the candy itself and the target market's frustrations were pretty irresistible.

"Just as the candy is hard, life is also hard," says Anomaly creative director Johnny Dantonio. "And the same way you suck on the candy to enjoy that long-lasting flavor, you're going to have to get through some sucky scenarios in life. It was something we all nodded and chuckled at. So, we ran with it."

And so the ads, like the candy, are meant to offer a pleasant little break in a sometimes unpleasant world. "There's a really nice parallel there between what the product does for you and what the campaign does for you," Dantonio says.

Here are two of the TV spots:

And here are two pre-rolls:

To put the "Keep on sucking!" idea in motion, Anomaly took the five vector shapes of fruit found on the Jolly Rancher packaging—blue raspberry, apple, watermelon, cherry and grape—and brought them to life as animated characters, with help from artist Kevin Lyons. Those characters now appear in videos and images across the brand's social channels—often as real-time responses to consumers—as well as in paid ads.

By the middle of last week, the campaign had already produced a ton of executions—some 490 pieces of content in only 65 days. In addition to some TV and preroll spots that were scripted, the agency has been working in real time to identify things that suck and whip up pithy visual responses for social media—using what Dantonio describes as a kind of in-house animation studio that Anomaly has built.

"If someone is at the Yankees game and says, 'This rain delay sucks,' and tweets that, we have the ability to literally tap our illustrator on the shoulder and say, 'Draw a character sitting at a Yankees game in the rain,' and tweet it back to them, and say, 'Hey, just keep on sucking! Have a long-lasting Jolly Rancher,' " says Dantonio. "It's an interesting, geeky, fun, lighthearted way of saying, 'Yep, that really does suck, but at least there's candy.' "

Social is the "heartbeat" of the campaign, Dantonio says.

"Context and timing play a huge role, because we can be so topical," he says. "We're really blurring the lines between traditional, digital, social, broadcast. We have preroll that could be a TV spot that could be an Instagram post that could be a Vine that goes on Twitter. Anything we're doing, we're just being mindful of, Is it rooted in the insight? Is it a good idea? And where can it live? And what we're finding is, we can apply the thoughts and ideas and executions across multiple mediums." 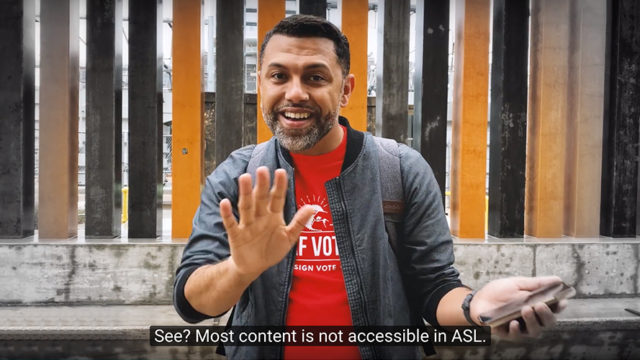