Collaboration was born from its music and entertainment program 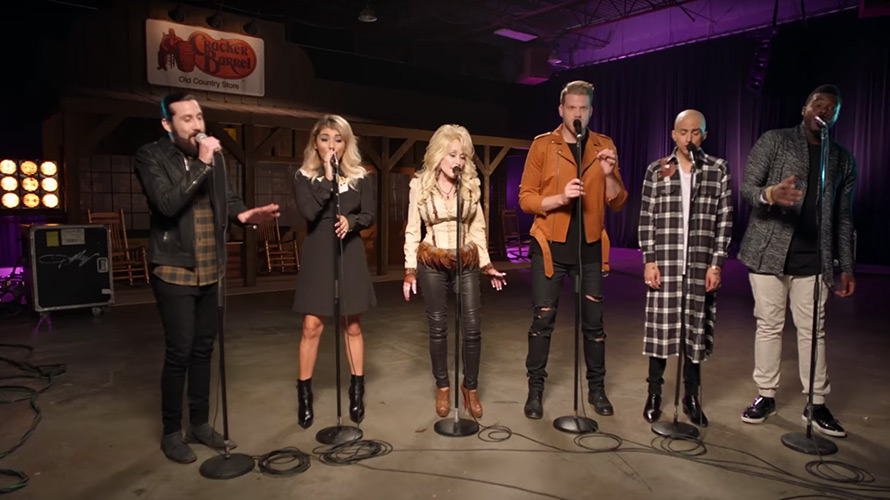 Country music legend Dolly Parton and a cappella group Pentatonix have been making the rounds on the awards and TV show circuit with their remix of Parton’s classic hit “Jolene,” which just snagged a Grammy for best country duo/group performance. What fans might not know, however, is that they have Cracker Barrel, in part, to thank.

The collaboration was born from the restaurant’s efforts to build its music and entertainment brand. Cracker Barrel still sells CDs alongside the old fashioned candies and tchotchkes in its country stores, and recently, it has focused more on creating original content for those CDs and its social media channels, rather than licensing it.

“Music has always been a part of the Cracker Barrel brand, but over the last year, we’ve become tighter in understanding the value proposition of music to our business,” said Don Hoffman, vp of marketing at Cracker Barrel. “We’re committing to making Cracker Barrel a music and entertainment brand on a broader scale.”

Cracker Barrel and agency FlyteVu have been recruiting established and up-and-coming artists to achieve that vision. Pentatonix began working on the brand’s music program in 2015 and had a dream to collaborate with Parton, so Cracker Barrel brought them together for the funky “Jolene” remix. The video has so far garnered more than 22 million views on YouTube.

“We got really lucky and hit [Pentatonix] on the upswing,” Hoffman said. “I call it a win-win-win: It helped Pentatonix grow its popularity and exposure; it was a resurgence of energy for Dolly, not that she needs it; and of course, it was a huge hit for us.”

“Cracker Barrel is thinking about content differently, rather than just integrating it into a music video,” said Laura Hutfless, partner at FlyteVu. “They’re creating moments that are shareable and have value.”

Another video series, the Warehouse Sessions, features acoustic performances with artists like Alison Krauss and Christian rock band NeedToBreathe, which are shot at Cracker Barrel’s décor warehouse, a 26,000 square-foot space at the company’s headquarters that’s used to design in-store décor for all of the restaurants.

NeedToBreathe also appears in a behind-the-scenes video about their favorite Cracker Barrel meals—a nod to the “authenticity screens” that the brand puts potential artists through before deciding to work with them.

“If they say, ‘I love Cracker Barrel,’ we’ll ask them what their favorite meal is,” Hoffman said. “If someone says ‘waffles,’ I’ll know they’re not sincere, because we don’t serve waffles. There’s a greater value in sincere interest versus borrowed interest, and I think our customers can tell the difference.”

Cracker Barrel’s music program is helping it to connect with customers on a deeper level while attracting the next generation of diners, he adds.

“Our future success is going to come from families just starting out as well as those who grew up with the brand with their parents,” he said. “They have to see Cracker Barrel as a brand that appreciates things they’re interested in. Music and entertainment allows us to fuel that interest.”