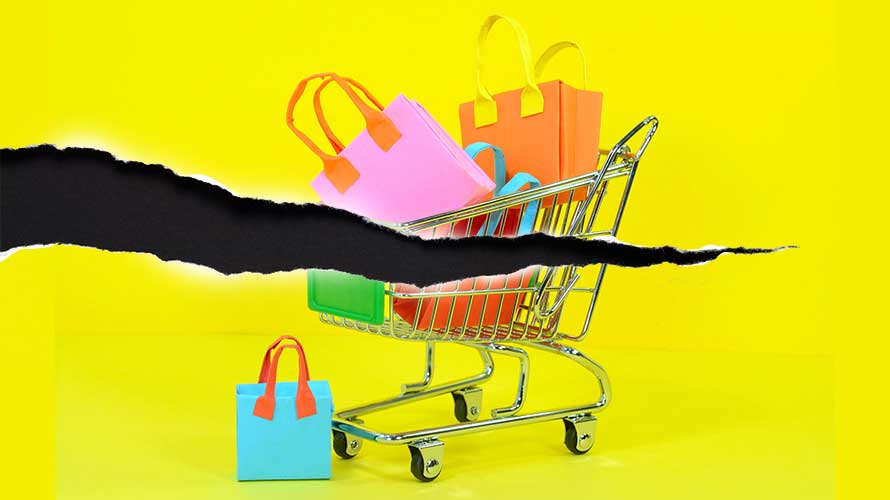 Life is short and the shelves are stocked aplenty with good enough alternatives. Getty Images It wasn’t Kanye’s announcement that he was running for president that led to this defense of cancel culture, but it could have been.
Nor was it Facebook’s role in the demise of democracy and perpetuation of hate or the empty and performative stance against racism of any kind by so many brands over the last weeks, but it could have been.
We’ve begun conflating the cancelling and breaking up with brands with intolerance, when it’s the most modern illustration and exercise of consumer power, today. (I’m looking at you, Goya.)
I’m not defining cancel culture as the president has done so flippantly, because I think it’s more important than that, especially because it is the exercise of consumer power. I’m defining it as a filter on what brands we bring into our lives, and on what and who we choose to buy from. If I were to sum up why I defend cancel culture in four words they would be: because life’s too short.


This isn’t about an intolerance for a difference of opinion. It’s about an impatience for a better world.

This isn’t about an intolerance for a difference of opinion. It’s about an impatience for a better world. I can accept that brand X has a different opinion and set of values than I do. But in a world torn asunder like ours is, why would I pay them heed, let alone dollars?
Breaking up with people, institutions and brands that don’t fundamentally share our values is a good kind of cancel culture, and a brand’s fair warning. Again, life’s too short.
In a world where product and service commoditization and alternatives abound, why give a moment’s thought to those whose positions we cannot abide or those who neither stand with us nor for us, especially when there is so much else to choose from?
On June 18, the New York Times opinion writer Elizabeth Bruenig tweeted that “there’s just something unsustainable about an environment that demands constant atonement but actively disdains the very idea of forgiveness.” There is, and there must be room for legitimate second acts, the atonement and forgiveness Bruenig refers to.
I don’t think, as popular press would have it, that this is a bad thing, allowing that we leave room for both atonement and then forgiveness. We all vote with our wallets, ears, eyes and attention—and we are surrounded by worthy alternatives, or at least even trade-offs.
And in this world populated as it is by increasingly conscious consumers, brands need to be more worthy and authentically prove that worthiness across a broader spectrum of actions than ever before. Why? Because people are paying attention like never before, and they will not pay for that and those who do not stand with them.
The time for brand fence sitting is over. The fence sitter’s concerns that taking a stand is complicated or a risk that notes the brand is not perfect, that “Republicans buy shoes too”—those days are gone and no longer stand as a reason to not do what’s right, at least as you see it.
Fence sitting is the new moral equivalence and will lead almost as quickly to being cancelled as sitting on the wrong side of said fence, irrespective of whether your fence leans left or right.
In these times, when normalcy has been shed like a snake’s skin and when all kinds of status quo are up for grabs, we the people are impatient (perhaps desperate) for a better world. So we too are equally impatient with those brands (human and otherwise) who stand between us and that by their actions or inactions.
Life is short and the shelves are stocked aplenty with good enough alternatives. So why compromise when you can cancel? That’s how we can influence change, and that’s a good thing.
I have but one life to give and I will not give it to Kanye, nor to brands that don’t recognize what’s expected of them in a world like ours.

@SethMatlins Seth Matlins is the evp, cultural strategy and insights at 160over90, where he helps brands tap into the agency’s breadth of audience insights.