Why AT&T Sees The Masters as Its Super Bowl, With Spots About 5G, Gender Equality and More

Ads helmed by directors like Kathryn Bigelow and Michel Gondry 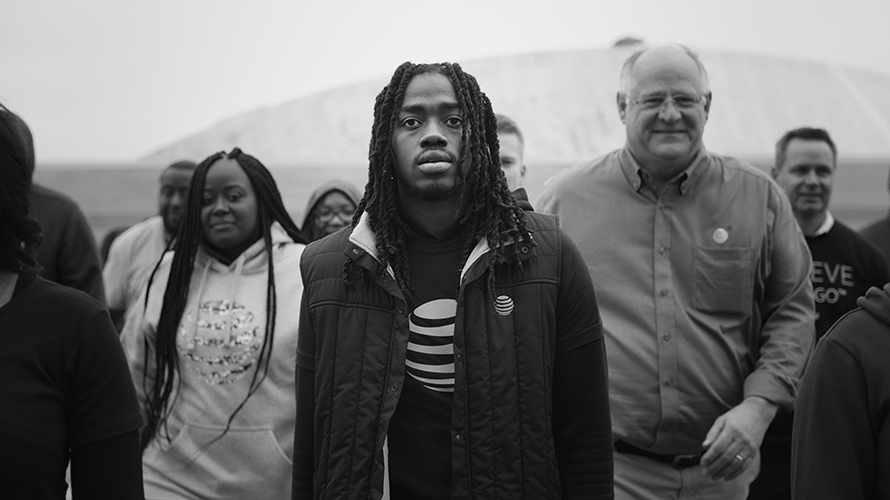 Golf fans paying close attention to advertising during The Masters have likely noticed a number of ads from AT&T. The telecom giant views the golf tournament as its Super Bowl, a time when the brand pushes its creative and storytelling boundaries.

This year, it tapped directors like Academy Award winners Kathryn Bigelow and Michel Gondry to helm its ads. BBDO in New York is behind the creative. The spots not only tell stories about the AT&T brand, but about giving back to your community (highlighting the the AT&T Believes program), gender equality, distracted driving and 5G.

“There’s an incredible audience of influencers, thought leaders, and C-Suite who are dedicated and engaged with The Masters coverage,” explained Fiona Carter, AT&T’s chief brand officer. “So it’s always been a very effective place for us to tell our business brand story.”

By illustrating the brand’s commitment to working on various societal issues, Carter believes the brand connect with consumers on a deeper level.

“Customers want more from companies,” noted Carter. “They don’t just want to know what you sell in terms of products and services. They want to know who you are as a company, your values, looking to see if their values align with yours. And they’re really interested in creating a deep and personal relationship with brands that they choose.”

That’s why the brand is highlighting a number of issues tied to its values this year, including a reimagining of its distracted driving narrative by Kathryn Bigelow. The ad shows a future enhanced by 5G technology and self-driving cars.

“Distractions, especially texting while driving, are a huge problem,” said Bigelow in a statement. “A glance away at the wrong moment can—and often will—end in tragedy. I’m heartened to know that autonomous technology is being developed.”

AT&T joined Free the Bid earlier this year. While AT&T has a gender equality message at The Masters, Carter recognizes that it’s important to give female directors a chance to direct stories that aren’t just about gender equality.

Carter noted that while AT&T has a history of pushing for equality, the brand has been “reticent to tell the story, and yet we do so much, not just to champion the cause, but to actively work on the cause of the equality.”