What’s the Deal With All the Robots in This Year’s Super Bowl Ads?

Fear and loathing of AI answered with a bit of reassurance Creepy robots from (l. to r.) Sprint, TurboTax and Michelob give us a glimpse at the future we fear.
Sprint, TurboTax, Michelob
Share
By Robert Klara
|
February 3, 2019
Share

If you’ve watched even a few of the ads in Super Bowl LIII, you might have noticed two prevailing themes in this year’s commercial roundup: that there are an awful lot of robots kicking around these ads, and the presence of all this artificial intelligence—in the eyes of the humans, at least—isn’t such a good thing.

Sprint’s spot, for example, shows a robot creating an advertisement that, with all due respect to the great Bo Jackson, is nonsensical and utterly ridiculous. The Amazon ad “Not Everything Makes the Cut,” shows the epic fails that ensue when Alexa is installed in devices like electric toothbrushes or put in charge of the electrical grid. Then there’s Olay’s “Killer Skin” spot, in which a woman, chased into hiding by a Michael Myers-like slasher, can’t use her cell phone to call for help because the facial-recognition software won’t work. (This is because—miracle of miracles!—Olay cream has made her look so much younger.)

Time and again, artificial intelligence is screwing everything up and letting us all down. But why so many robots, and why now?

“Clients and agencies are chasing shiny new objects in an effort to look hip—and robots and AI are hot now,” observed Allen Adamson, co-founder and managing partner of marketing consultancy Metaforce. “Nothing is worse than a super bowl ad that no one notices or talks about. Putting something trendy in ads like robots help them stand out.”

No doubt, robots are trendy just now. They’re also everywhere. Nearly a quarter of U.S. homes had voice-enabled devices as of the second quarter of last year—and consumers in those homes spend more than an hour a day interacting with them, according to Nielsen. As of January, Google reported, it has sold over 100 million of its Alexa devices. And since making her debut at SXSW in 2016, the “humanoid robot” Sophia has become a minor celebrity.

The underlying issue, however, might not be that robots are trendy so much as, increasingly, they’re trendy for all the wrong reasons.

“Although automation is designed to help people prioritize and streamline life,” said Michael Priem, CEO of ad-tech firm Modern Impact, “it does freak people out that they may lose control, and it can be a threat.”

“Today, about every American interacts with some form of AI on a daily basis,” said Cuanan Cronwright, creative director of Grey Group, which produced Pringles’ Super Bowl spot. “While this has added convenience to our lives, it also has people questioning the progressively more human qualities these devices are taking on.”

And indeed, an uneasy awareness of just how human robots are becoming and what their growing skill sets will ultimately mean to our once-assured place in the world are the driving forces behind most of the ads that feature robots.

“We may be at the apex of being uncomfortable because [robots] are becoming real at scale,” said Jason Snyder, global CTO at production network Craft. “Marketers [are] responding to the emotional and intellectual climate by including AI and robots: Exploiting the tension that exists in the world between humanity and technology; trying to create situations where the technology is insinuating itself into culture. The result can be emotionally uncomfortable.”

But fears of AI run deeper than a generalized anxiety about its expanding role in the culture. Americans who feel uneasy about robots are, more often than not, uneasy about those robots taking their jobs.

How uneasy? In recent months, a number of angry Arizona residents have have attacked Waymo self-driving vans—chasing them, throwing rocks at them and even slashing their tires. The Alphabet, Inc.-owned vehicles are still only in test, but residents are making their feelings about advancing technology known. 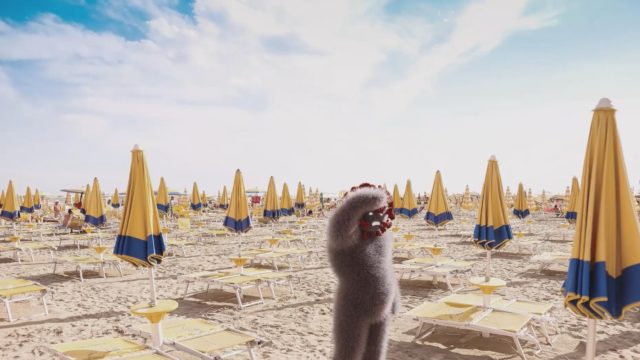