What Qualities Define a Great Leader in 2015? Weigh in at Today’s #AdweekChat 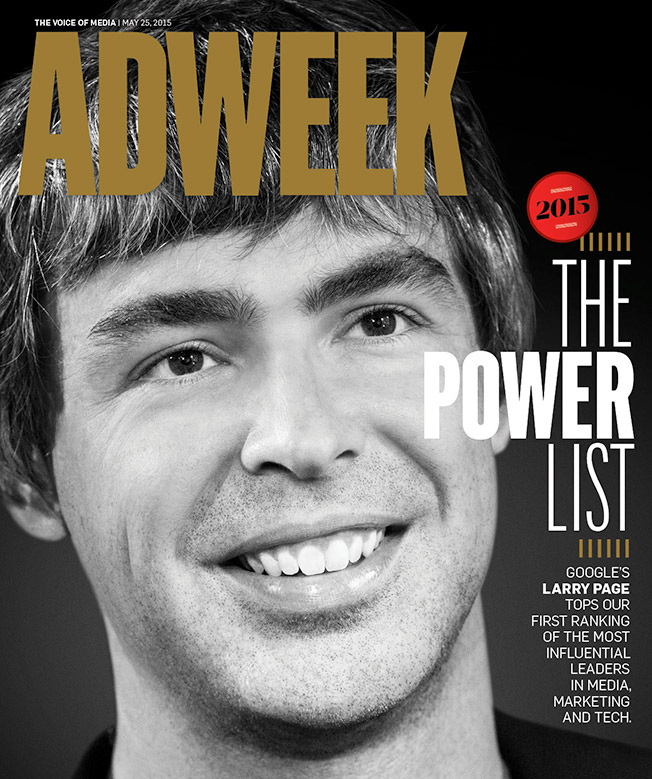 Relentless. Intense. Driven. These are some of the words used to describe Google CEO Larry Page, who tops Adweek's inaugural Power 100 list. During Page's second stint at Google's top job, the company's market cap nearly doubled. With his eye on products that can have lasting global impact, he's a prime example of how the very notion of power has been disrupted by technology.

Page is in good company, with Apple CEO Tim Cook and Facebook CEO Mark Zuckerberg rounding out the top three. But plenty of old-school execs have successfully ushered their companies into the digital age—Rupert Murdoch comes in at No. 6. Described as a "legend" but also a "maverick," the 84-year-old CEO is intent on growing his media empire, which includes 21st Century Fox and News Corp.

Which traits do you believe are most important for today's CEOs and other workplace leaders? Are the best executives hands-on, or do they recruit and rely on the right teams to get the job done? How important is it for a leader to maintain a high public profile?

Share your opinions on modern leadership at today's #AdweekChat, our weekly Twitter discussion of trends and technology in the world of marketing and media.

How to take part in #AdweekChat:

3. Watch for questions being posted by @Adweek and jump in with your own responses. Use the #AdweekChat hashtag in each post to ensure you'll be part of the conversation.

Hope to see you then!