The Truth About Mobile Advertising? It’s a House of Cards

Like last year and the year before that, 2014 has been dubbed the “Year of Mobile” when ad dollars would start to catch up to smartphone usage. With major players like Facebook, Twitter and Google all pivoting to a mobile-first strategy, pundits claim this accelerated monetization as imminent. Unfortunately, there are fundamental hurdles inherent to the mobile ad ecosystem that must be cleared for this to become a reality. 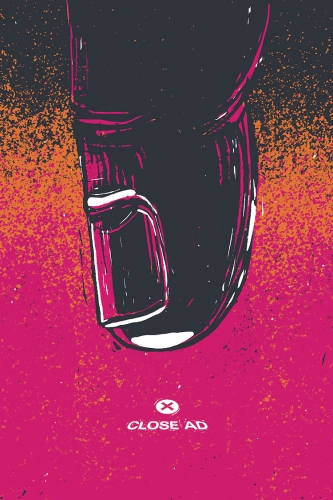 Without a doubt, mobile marketing has fantastic potential, but we’re not there just yet. Outside of Facebook and Twitter, the majority of ad inventory available to marketers is the mobile banner, which has nearly the worst signal-to-noise ratio of any ad medium ever invented—second only to incentivized clicks. That means that the success of campaigns has almost no correlation to click performance data. Mobile game companies have consequently swallowed this market, buying ads based on inferred lifetime valuations (LTV) of customers.

This leads us to the truth about mobile advertising: It’s a shaky house of cards. The market is being propped up by a few dominant game developers including Zynga, King (maker of runaway hit Candy Crush) and Supercell (the team behind Clash of Clans). They buy huge chunks of the ad avails to drive ever more installs, and they can afford to. Their short-term profits are based on addictive gaming mechanics tied to in-game micropayments.

So what’s the problem? The ad dollars for games come, by and large, from venture capitalists, whose primary motivation is exit opportunity. The VC invests in a gaming company, which, flush with new money, buys an overwhelming number of performance-based ads to goose user and revenue numbers and position themselves for an IPO or acquisition. If these games, and the companies behind them, had long-term staying power that would justify their LTV models, then the consistent VC investment and public exits would be well justified. However, when these fad-based companies crater a year, or a month, after the acquisition or IPO, investors sour on the sector. It’s only a matter of time before the public markets shun faddy mobile gaming, in turn tightening the stream of venture dollars and causing a reckoning in the app install advertising market.

The product categories we don’t see driving mobile monetization are the Fortune 500 verticals like auto, financial services and CPG. So, without waiting for the gaming money to dry up, how can brands outside of the gaming category be incented to dedicate significant budgets to mobile?

We all know there is no cure for banner blindness in digital advertising. In a desktop setting, they are basically ignored. In a mobile context, because of the constricted screen size, mobile banners are almost always intrusive and conducive to accidental clicks. In fact, according to a report by GoldSpot Media, nearly 50 percent of mobile banner ad engagement is accidental.

A partial solution for brands is to invest more in native ad strategies where branded content is integrated into the design and sensibility of the site or app, so users see the advertisement and can engage with it in a way that is neither deceptive nor accidental.

Furthermore, the mobile world must develop nonfree, nongaming applications that justify real cost-per-install investments. While consumers have historically been resistant to paying for apps, they are increasingly opening their wallets to make small, recurring payments for perceived value. If more companies create app-based content that has lasting value, more money will justifiably be spent on mobile performance-based advertising.

Convincing brand marketers to reallocate larger budgets will require enhanced attribution, especially given the stigma that surrounds current mobile advertising effectiveness. Outside of Facebook and Twitter, multichannel targeting and attribution is difficult, but several players including Datalogix, Nielsen and others are testing cross-device attribution methods. High-quality, scalable creative with a meaningful independent attribution is mobile’s strategic event horizon.

One way or another, we will see a dramatic shift in the mobile ad ecosystem. Either we maintain the status quo and face eventual decline, or we enable mainstream brand advertising to succeed.

We can’t assume that these evolutionary strides will happen. We as an industry must prioritize them and will them to happen.