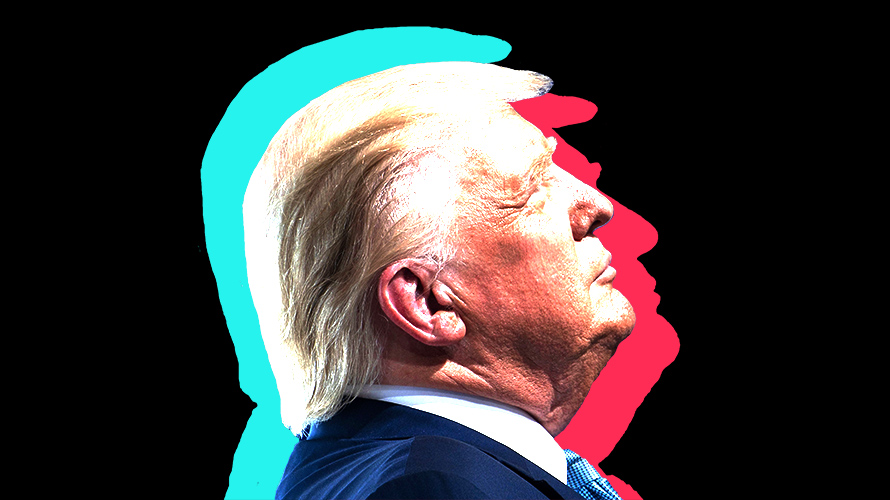 President Donald Trump said Saturday that he gave TikTok’s deal his “blessing,” and “conceptually” approved the agreement, which would see TikTok partner with Oracle and Walmart to become a U.S. company, spun off from owner ByteDance.

TikTok said it was “pleased” that its proposal satisfied the Trump administration and detailed what the new U.S. company, would look like. Oracle will serve as the company’s “trusted technology partner” while working to develop a “commercial partnership” with retail giant Walmart.

“Both companies will take part in a TikTok Global pre-IPO financing round in which they can take up to a 20% cumulative stake in the company,” said TikTok spokesperson Laura Perez. “We will also maintain and expand TikTok Global’s headquarters in the U.S., while bringing 25,000 jobs across the country.”

The administration previously indicated that ByteDance will spin off TikTok’s U.S. operations as a new company, called TikTok Global. While initial talks with Microsoft broke off after it the computer company could not procure a full acquisition of TikTok’s U.S. operations, Oracle and Walmart, which was originally a party to the Microsoft bid, opted for a stake in a new company that reportedly may do an initial public offering on a U.S. stock exchange later this year.

Walmart spokesperson Randy Hargrove said the company “tentatively agreed to purchase 7.5% of TikTok Global” and enter into “commercial agreements to provide our ecommerce, fulfillment, payments and other omni channel services” to the new company. Additionally, Hargrove said Walmart CEO Doug McMillon will also serve as one of five board members of the new company if it’s approved by regulators.

Hargrove added that the deal will “provide Walmart with an important way for us to expand our reach and serve omnichannel customers as well as grow our third-party marketplace, fulfillment and advertising businesses.”

In his remarks today, Trump suggested that TikTok and the government hadn’t finalized the arrangement yet, but any transaction requires approval not only from the administration but also Chinese regulators, which recently imposed stricter export rules for technology companies. ByteDance was originally based in Beijing, but now is headquartered in the Cayman Islands.

“It will have nothing to do with China, it’ll be totally secure, that’s part of the deal,” Trump told reporters at the White House. He also said TikTok will hire 25,000 people, likely be headquartered in Texas and donate $5 billion to education in America.

TikTok confirmed the 25,000 new jobs, but did not say whether it will move its operations from California to Texas. Additionally, Perez did not comment on the $5 billion Trump donation.

Spokespeople for Oracle, Walmart and the Treasury Department did not immediately respond to a request for comment on the terms of the deal and White House spokesperson Judd Deere referred Adweek to President Trump’s remarks.

The president has previously made public assurances about private companies without their knowledge or agreement, such as when he told reporters that Google was building a website to help Americans find coronavirus testing sites (though a site did eventually go live).

The president previously requested a broker’s fee be paid to the U.S. Treasury in any sale of TikTok, an ideal many legal experts dismissed.

After a summer of pressure from the administration over undefined data security concerns and unproven allegations that TikTok shares U.S. user data with the Chinese government, the drama might finally subside.

And there’s an important deadline approaching: after Sunday, the government will not permit mobile app marketplaces like Apple’s App Store and the Google Play store to carry TikTok, thwarting new downloads of the massively popular app and any software updates at the start of this week. However, business transactions, including advertising, are not illegal under the rules. It is unclear whether a deal will stop those rules, part of an executive order TikTok is suing over, from going into effect.