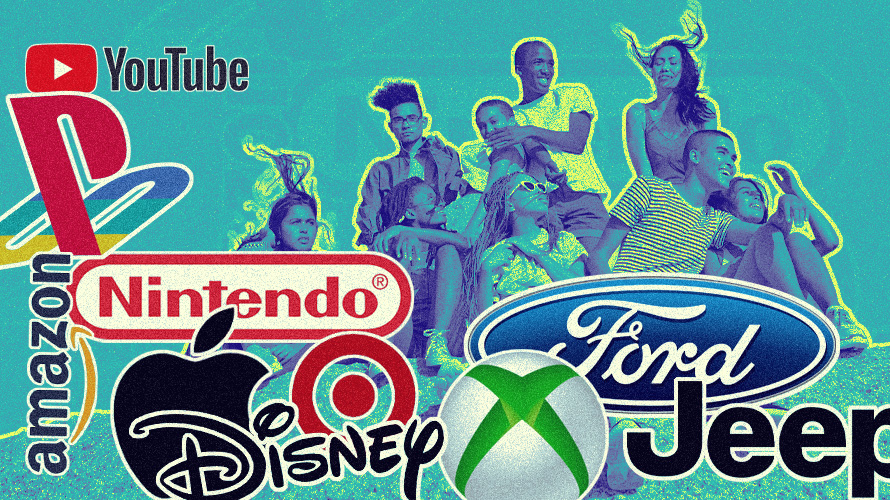 Hold onto your controllers (and maybe hug them, too): It appears that gaming has captured the hearts of Gen Z and millennials.

According to a Brand Intimacy 2020 Report from agency MBLM that examines brands based on emotion, 18- to 34-year-olds in the U.S. are swooning over Xbox and PlayStation. (Gen Z prefers the former, while millennials prefer the latter.)

Mario Natarelli, managing partner at MBLM, previously defined brand intimacy as “an essential relationship between a person and brand that transcends purchase, usage and loyalty,” a relationship with a brand’s products and associated lifestyles that feels as close to personal as it can get with the inanimate.

When New York-based MBLM began analyzing brands based on consumer emotions and establishing their unique marketing paradigm over 10 years ago, Natarelli noted that the idea of brand intimacy was both a reaction to the state of the marketplace (circa 2008) and what the ideal agency could and should look like.

“We know more about how brains work. Behavior scientists like Daniel Kahneman have proven that we make decisions based on emotions. Certainly, most branding strategies we’ve been taught and use are rational and linear in nature,” Natarelli said.

The Brand Intimacy 2020 Report was conducted with Praxis Research Partners via an online quantitative survey among 6,200 consumers—3,000 in the U.S., 2,000 in Mexico and 1,000 in the United Arab Emirates. Participants were respondents from ages 18 to 64 and had annual household incomes of $35,000 or more in the U.S. or were classified as socioeconomic levels A, B or C in Mexico and the UAE.

Data was modeled from over 6,200 interviews and approximately 56,000 brand evaluations to quantify the mechanisms that drive intimacy.

Across all genders, ages and income levels in the U.S., Amazon ranked No. 1 overall per the report, followed by Disney and Apple. Automotive brands comprised four out of the top 10 (in descending order, Ford, Jeep, BMW and Chevrolet). Netflix placed at sixth and Walmart at ninth.

When it comes to Gen Z and millennials, Natarelli said that millennials’ top-ranking brands generally did well overall in the 2020 study, and Gen Z’s top-ranked brands are “predictors of future success.”

Among all Gen Z surveyed in the U.S., Xbox and Spotify were the top two brands, and although they belong to two different industries, the study noted that both brands are “strongly associated with ritual,” suggesting that these brands have become integral in the daily life of Gen Z. Over 60% of Gen Z users felt an immediate emotional connection with Xbox compared to just under 50% for Spotify.

Millennials had three gaming brands in their top 10 (PlayStation ranked first, with Xbox and Nintendo at ninth and 1oth place, respectively). The prevalence of their top preferences is mirrored in the overall study by six brands.

What marketers can learn from the data

The Brand Intimacy Quotient, which is used to rank the brands, is based on the amount of consumers who intimately engage with the brand, intensity of the consumer’s relationship with the brand (on the spectrum of three stages: sharing, bonding and fusing) and character (performance on five key archetypes: fulfillment, identity, enhancement, ritual, nostalgia and indulgence).

According to the study, 33% of Amazon users can’t live without the brand. The ecommerce behemoth was the only brand to appear in the top five across all three age groups in the U.S. However, when looking at income alone, those in the higher income brackets did not have Amazon in their top five.

“Amazon’s rise to the top is something we forecasted for years based on the insights we’ve been gathering. The brand’s dominance and breadth of portfolio have formed both intense and essential bonds with consumers,” Natarelli said. “Examining top performers like Amazon can give us clues on how others can achieve their growth and success.”

The study also indicates that the average revenue growth from 2009-2018 for the top 10 most intimate brands in the U.S. was 6.47%, compared to 5.16% for top S&P companies and 5.08% for Fortune 500 top brands. Willingness to pay more for intimate brands in general increased by 13%. These numbers are supposed to “demonstrate superiority” and serve as advantageous data for brands to begin leveraging emotions and building two-way relationships with consumers.

He also pointed out that advancements in technology that began disrupting and evolving brand intimacy—especially the smartphone—can create a threshold to how we interface with brands or act as a barrier to building stronger bonds with brands.