A fraud, an earnest entrepreneur or both? 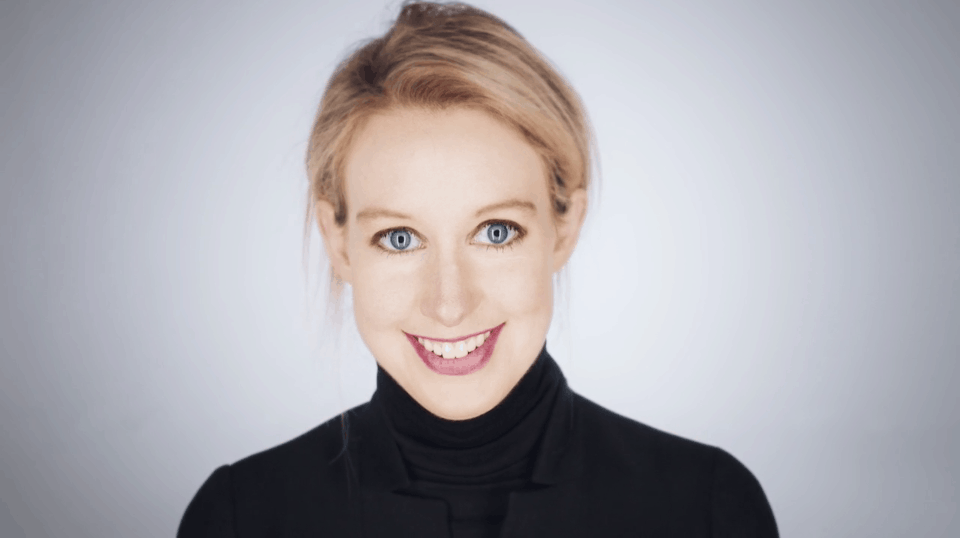 From the very beginning, agency leadership knew that Theranos was no normal client and Elizabeth Holmes wasn’t an ordinary executive.

This mysterious entrant to the startup scene had already begun to cause a stir years before fame and controversy turned her into both a pariah and an object of obsession.

“When she told us about the product, it sounded phenomenal,” said Stan Fiorito, former managing director at TBWA\Chiat\Day Los Angeles. “We didn’t see it, but we were really excited about it.” Fiorito served as account lead on the Theranos business and, later, a key source for Wall Street Journal reporter John Carreyrou’s work that led to the company’s dissolution.

The product in question was a tiny “Nanotainer” that would allegedly perform all standard blood tests using a single drop of blood as part of a far larger “Edison box” processing unit. 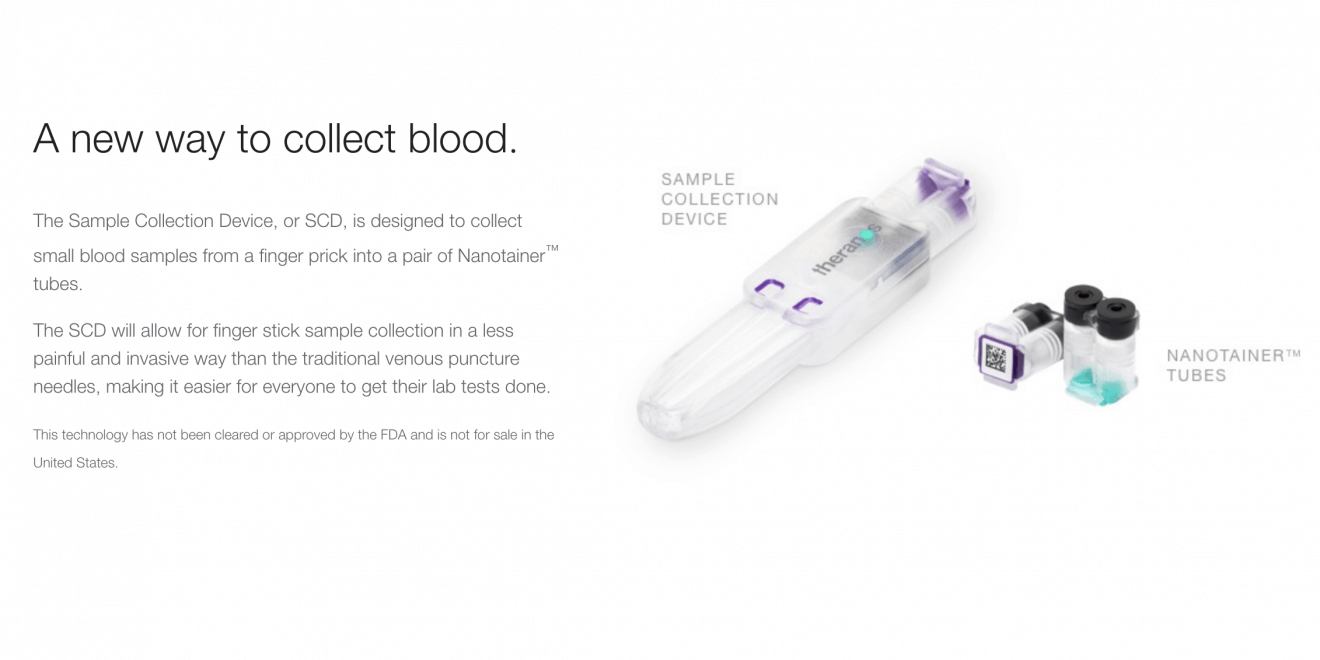 According to Fiorito, agency and client first connected by way of a venture capital firm called Sandbox Industries, which brokered a 2012 meeting between Holmes, her brother Christian and Theranos president Ramesh “Sunny” Balwani as well as himself, TBWA L.A. president Carisa Bianchi and creative leader Lee Clow. Holmes admired Clow’s legendary work for another tech startup based in Cupertino, Calif.

“We’re the Apple agency, and she wanted to emulate Steve Jobs,” said Fiorito. “That’s why our involvement becomes interesting.”

In that initial meeting, Fiorito said Holmes spoke of a desire to follow the famously “intimate” relationship between TBWA and Apple while making grandiose claims about the Edison box’s active deployment among troops on the ground in Afghanistan. The team didn’t question these statements, in part because the company boasted a board led by such heavyweights as former secretary of state George Shultz and a mission filled with inspiring sentiments like those voiced by the now-former employees in this clip.

“You kind of had to take Elizabeth’s word for it,” said Mike Peditto, who was an account director at the time.

And they did. But none of it was true.

Theranos—once valued at approximately $10 billion—is no more. Onetime wunderkind Holmes and Balwani, her former partner in business and domestic affairs, stand charged with nine federal counts of wire fraud and conspiracy. And the world remains captivated by her tale of deceit, which inspired Carreyrou’s bestseller, Bad Blood, as well as the ABC podcast The Dropout, HBO documentary The Inventor and a forthcoming feature film starring Jennifer Lawrence.

In many ways, this is a tale of marketing gone wrong.

That first meeting preceded an entire year of unexplained radio silence. Negotiations only began when the company reached out to TBWA again in 2013 and said they were “ready to turn things on,” with the agency going to work in “stealth mode” under code name Stanford. No one outside that team knew the nature of the client or the project, which initially focused on developing a Theranos website, logo and messaging surrounding its nascent Walgreens partnership.

Clow, who had already begun moving toward retirement, was not directly involved in the account. Lead creative duties went to Patrick O’Neill, an ecd who played key roles on Visa and other clients and would eventually become Theranos’ in-house chief creative officer in early 2014.

“Our first meeting was about the mission of the company: to create affordable, accessible diagnostic blood testing for people everywhere,” O’Neill told Adweek. As he put it in a later story regarding his move in-house, he was excited about shifting from “getting people to buy products they may not need” to “promoting something that everyone needs.”

In the early days, Fiorito said Holmes lacked the professional polish that would later define her persona and often “looked a little like she just rolled out of bed.” He said she sounded “like a robot” in most settings but recalled one specific incident in which she presented the agency team with “a lunch bag of knit finger puppets” she wanted to give to children who’d just gotten their fingers pricked. According to the executive, her famously deep voice “got a little higher” in that unrehearsed moment.

Despite her very open admiration for Apple, O’Neill also said, “It wasn’t like everyone was like nodding along saying, ‘Let’s make you Steve Jobs.’ The media turned it into that later.” For example, Holmes insisted that she wore black turtlenecks every day out of convenience, not to mimic Jobs. But the mythology fed on itself.

No one disputes that the founder had lofty ambitions that often ran headfirst into reality. While TBWA never had to seek the sort of FDA approval that Theranos never received, its teams still tried to write legally viable copy for products that would be used in a medical context.

“If she couldn’t say it, she would still push for it,” recalled Peditto. “She had a certain way of saying, ‘No, this is what we’re doing.'”

The brand eventually revised some of its more dubious claims, like the idea that one drop of blood could power the entire testing process, but its overall message stayed the same. This 2014 campaign, produced by O’Neill after his move in-house and directed by legendary documentarian Errol Morris, remains the most visible evidence of the millions Theranos spent on marketing.

Questions began to emerge among the TBWA team even before Holmes had begun her rapid-fire ascent to the top of the business world.

Most important, none had ever seen evidence that the product actually worked. Fiorito recalled the single time he witnessed the Edison box in person, when Theranos offered to test the blood of two other agency executives very early in its relationship with TBWA. “The machine made some noise, and they were like, ‘Don’t worry, we’ll get results back to you in a day or two,'” he said. “We never got them.”

He also had to explain the basic concepts of marketing services to Balwani, who presented “unbelievable” proposals like placing Theranos “wellness centers” in 2,400 pharmacies within three months. (Approximately 40 such centers were ultimately built in Arizona and California.)

“I was sitting on a $10-12 million account, and we were billing a lot of hours but not producing much,” said Fiorito. “Product rollout wasn’t happening, and Elizabeth wouldn’t approve copy on anything. That started creating the doubt.”

Agency staffers still assumed that Theranos’ primary issue was the need for capital to match its rapid growth and development. Citing a trip by Holmes to meet Singapore’s minister of health, Fiorito said, “I thought, Maybe they need to sell the product to foreign governments so they can have the cash flow to make it.”

Around the same time, Peditto said Holmes began working with San Francisco-based experiential and influencer agency Grow Marketing and its co-founder Cassie Hughes to boost her public profile. She scored media placements like a fawning Wall Street Journal profile, followed by the famous covers of Inc., Fortune and Forbes as investments poured in and Theranos’ valuation soared. One key element of her appeal, according to O’Neill and Fiorito, was the fact that she was a female entrepreneur—still an unfortunate rarity in the tech and healthcare fields.

As Holmes says toward the end of this short on women in the workplace, “Next to every glass ceiling there’s an iron lady.”

Grow has not responded to a request for comment on this story.

There’s no there there … or is there?

Meanwhile, Theranos continued delaying and making new excuses about its lack of a demonstrable product.

“We were told specifically, ‘Shut up, get it done and don’t worry about that,'” Fiorito said. The account team later learned that Theranos had been using FedEx to ship blood samples from its Walgreens wellness centers to a lab in Palo Alto because the Edison boxes didn’t function properly.