It feels self-serving and even somewhat hypocritical 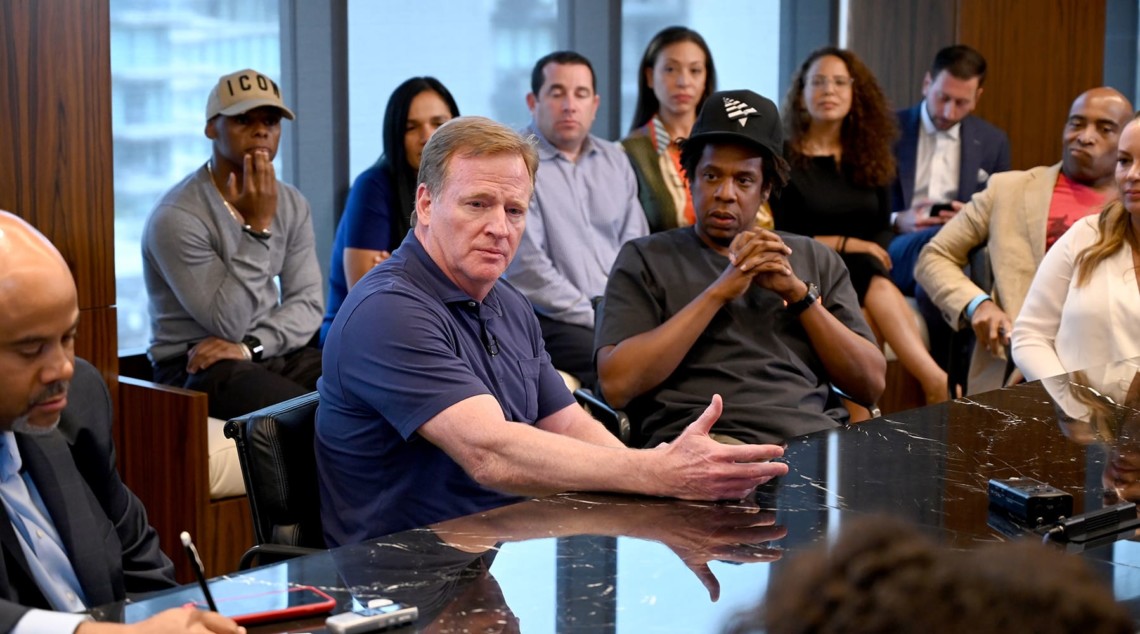 Just over three years ago, Colin Kaepernick took a knee to protest the treatment of African-Americans and minorities in the United States.

Although we have come quite a distance from that initial form of protest, the NFL’s current partnership with Jay-Z and Roc Nation appears to be a damage control campaign to restore some of the perceived loss of luster for one of America’s most beloved pastimes. With approximately six months from here until the Super Bowl, they’ve got little time to make marketing magic with someone as influential as Jay-Z backing their roster.

The initial organizational response by NFL commissioner Roger Goodell to Colin Kaepernick’s protest was a coded one. The NFL stated that they “support our players when they want to see change in society,” however, that was immediately followed by an “on the other hand, we believe very strongly in patriotism in the NFL.”

The phrasing of those words—patriotism, respect, making our country better, our ideals—belie a specific tone that are like a dog whistle in this climate for those of us adept enough to parse their meaning. The hot take is that players should stay in their place and not bring the country’s politics into this beloved game.

To be clear, while the NFL reaching out to Jay-Z is a great business deal for the entertainer and entrepreneur, the investment of the NFL’s organizational dollars for unspecified “social awareness” feels like a play to stem some of the disgust between African-Americans and the league.

The investment of the NFL’s organizational dollars for unspecified "social awareness" feels like a play to stem some of the disgust between African-Americans and the league.

Taking a look at the social conversation in the past two years, media interest makes it easy to feel that boycotts of NFL viewership are taking its toll on the league. The NFL’s viewership was likely to drop due to years of persistent and steady decline, the complex relationship between viewership (Nielsen Ratings) and audiences (conversation and perception) proves that. Many fans conflated this loss of audience as proof that #BoycottNFL was more meaningful that it truly was.

Social conversations over the last few years offer an idea of how effective the #BoycottNFL hashtag was in changing the positive and neutral sentiments toward the NFL to negative ones. Surprisingly, NFL positive sentiment was up 21% over prior periods. Out of over 188 billion social mentions, barely 4% were mentions of #BoycottNFL and #TakeAKnee respectively, with Kaepernick himself only making up 1% of the conversation. Beyoncé, of course, fell in line with her fair share of hashtagging, at 3%.

There is nearly no mention of Jay-Z, surprisingly, giving his initial lyrical declaration of saying “no to the Super Bowl.” The mentions of the rapper do not even attribute a measurable percentage to the overall social sentiment.

This brings me to my primary point: Any attempts by the NFL to move forward without placing the person responsible for forcing that discussion to the forefront shows self-serving efforts that are possibly a touch hypocritical. The NFL doesn’t care about social issues. Access to Jay-Z and Roc Nation restores the cultural cachet that they lost when one of the biggest voices in entertainment publicly decried their organization. It’s as if the class president told the star football player not to suit up for homecoming and they listened.

This partnership is in direct response not to win back viewers, but to change perceptions of those who were turned off by the league’s actions in the last few years. Both parties have large enough platforms to shift the tides in their favor financially and by way of perception. With Roc Nation’s newly-created role as producer of the NFL halftime show, this partnership creates a priority pipeline of talent for the organization and a potential restoration of their halftime show that high-profile artists were declining invitations to perform in. This, of course, has a measurable impact on marketing support from major advertisers. 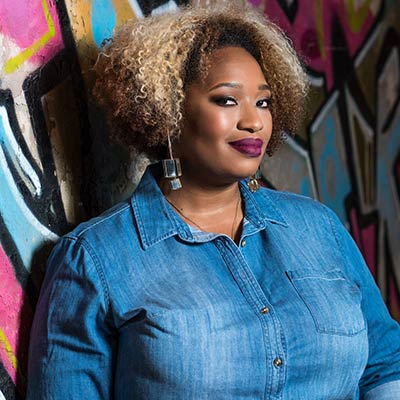 @dnyree
Denitria Lewis is a digital marketer identifies what’s next while keeping a keen eye on the platforms that are reshaping and moving the culture forward.