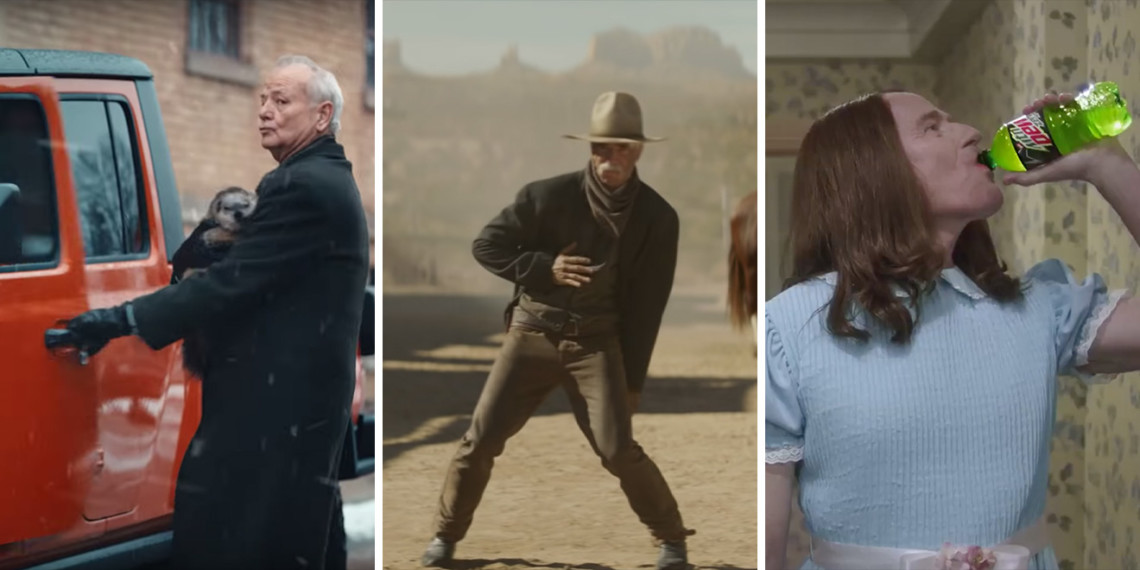 Tapping into humor and nostalgia was a consistent theme for many brands in this year's Super Bowl. JEEP, Doritos, Mountain Dew

With such weighty concerns in the background, it’s understandable that Super Bowl audiences may have looked to the biggest spectacle of the year for escapism, which advertisers largely seemed to pick up on. After mostly avoiding politics last year, two years after what may have been the most political Super Bowl year for advertisers ever, brands gravitated toward humor and nostalgia in 2020.

“There’s no question that by November it was clear that was the direction that was needed. After last year and a year of discussions that were divisive and polarizing, a lot of people were sitting around the creative table and saying we don’t want to touch that. People are exhausted from all of it,” Alixandra Barasch, assistant professor of marketing at the NYU Stern Business School, said.

Despite the intrusions of the night’s much-discussed political ads, the string of mostly lighthearted ads offered a respite from the relentless news cycle, even when touching upon sociopolitical issues.

Charles R. Taylor, professor of marketing at Villanova School of Business, added that audiences “don’t want the Super Bowl to become another Thanksgiving where you have to have uncomfortable political discussions.”

Barasch noted that ads utilized humor in a way that reflected the brands advertised, with most of them “in that space of being lighthearted but also conveying real consumer benefits,” rather than being funny in a way that has nothing to do with their product.

“I think brands have learned their lesson on that,” she said, and are “doing a good job of finding that middle ground of saying something useful but in a way that makes people smile or feel good.”

Hyundai’s “Smaht Pahk,” which was No. 2 on USA Today’s Ad Meter, is perhaps the perfect example of this. It continuously reminded audiences of a key feature while building on a comedic theme. The aforementioned Groundhog Day effort for Jeep also placed the product at the center of its story.

Benefits and risks of nostalgia

Taylor noted that nostalgia was a “heavy theme” this year, adding that there’s evidence nostalgia is effective with millennial audiences.

“The reality is millennials are coming into their own,” he said, adding that they’re “in the era in their lives where they have a lot of responsibilities, in some ways taxing responsibilities” as an explanation for why “appeals to nostalgia and more carefree times in their lives” would prove effective.

Both Taylor and Barasch cautioned, however, that nostalgic references risked not being understood by a wide audience. Barasch pointed to Burger King’s “#EatLikeAndy” ad last year, featuring archival footage of Andy Warhol. The problem was that the majority of viewers didn’t know who he was.

“Nostalgia and use of celebrity are great tricks to get some borrowed interest, but you can also risk people only remembering the celebrity or the joke and not the brand,” cautioned John Kovacevich, executive creative director at San Francisco independent agency Duncan Channon. “Amazon, I think did a good job of using an aspect of their product and a repeatable joke over and over to drive home memorability.”

Not all brands completely avoided issues altogether, as many attempted to find a way to have it both ways: entertaining audiences while communicating a deeper brand purpose.

Having it both ways

“Sure, there’s lots of humor and nostalgia, but we also have ads that reference homelessness, gun control, gender equality, fossil fuels, organic farming, police shootings and the surveillance state,” Kovacevich said. “But lots of brands are trying to have it both ways: ride the cultural moment and not piss anybody off.”

That’s something that can easily misfire, he argued.

Snickers tried to stake out a middle ground that hinted at the many problems facing society while doing so in a humorous way, although the version of the ad running during the Super Bowl spent less time dwelling on the subject. Barasch noted the brand was occupying a “dangerous space” by touching on sensitive subjects but did so with “a lot of teasing” and “in a way where they’re also teasing themselves.”

Still, not all audiences may find the suggestion that a giant Snickers bar is going to solve all of the world’s problems in good taste, however sarcastically it is meant to be taken.

Other brands want to speak to “real issues” such as climate change, she said, but do so in a way that isn’t divisive.

In the automotive category, multiple brands promoted new electric vehicles, but only Audi subtly hinted at the implications of climate change. SodaStream communicated its goal of cutting down on single-use plastic bottles, but did so with a lighthearted ad featuring Bill Nye.

One of the ads most overtly addressing climate issues was Michelob Ultra Gold’s, which touted a promotion to convert land to organic farming for every six-pack purchased. Meanwhile, the spot fell flat with viewers, landing at number 43 on USA Today’s Ad Meter.

Olay’s “Make Space for Women” focused on the issue of gender equality, something other brands showed through greater representation.

According to social media analysis firm Talkwalker, the campaign made Olay the clear brand winner on social media. Talkwalker reported that Olay generated around 160,000 mentions across the whole campaign, which it claims is equivalent to 20% of the social conversation. While #MakeSpaceForWomen activated social media users well ahead of the game, mentions spiked again during the Super Bowl broadcast, with 60,000 mentions after the ad aired.

For Mering creative director Kerry Krasts, one line in Olay’s ad particularly resonated: “Are we still talking about this?”

“I loved it. It was a smaller moment in a very fun and uplifting ad,” she said. “Rest assured, until the day it’s not news, we’ll keep making it a ‘thing,’ but it was an honest and ‘say it like it is’ moment about where—universe willing—we’re headed.”

According to next-day analysis from Mensio, an AI-powered TV analytics platform developed in partnership between Bain & Company and Hive, women appeared in 90% of spots this year, up from 74% last year, while 82% of ads featured people from diverse backgrounds, compared to 64% of ads last year.

“I think we’re all looking for escapism right now. Humor is a great equalizer. Funny scripts that are cast in a way that is representative break down stereotypes just by existing,” Michie said. “When a person is shown without being tokenized or stereotyped, there’s more opportunity to keep doing more of the same.”

Michie noted that while representation onscreen has improved in recent years, it still lags behind the camera, noting that Olay was one of the only ads directed by a woman.

“We haven’t seen much progress with who directs or creates the ads because most white guys hire their buddies,” she said. “It’s much easier for those of us with power to cast for diversity than give up our own privilege.”