OOH work is full of rainbows, kittens and ice cream 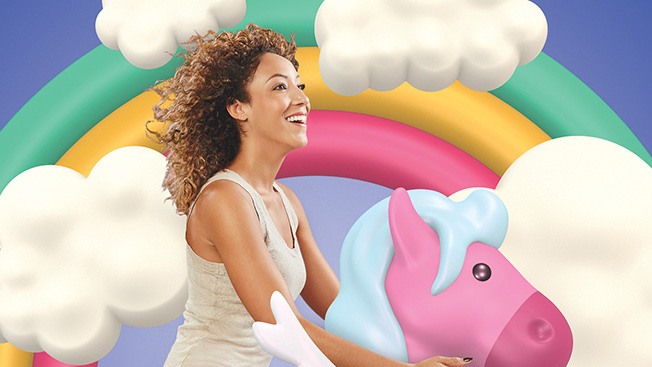 If you live in Minneapolis, Milwaukee, Cleveland or Charlotte, N.C., you're about to get a major dose of happy vibes, thanks to Slack's new effervescent outdoor ad campaign.

The workplace communication company has grabbed 680 advertising units in those four cities for its "Euphoria" campaign, created by Nashville, Tenn., agency redpepper. And the ads are bubbly indeed, featuring cartoony images of people surrounded by rainbows, kittens, ponies, balloons and more—to show just how happy you'll be if you use Slack to become more productive, and less bogged down in useless tasks, at work.

Slack is less than 2 years old but already has a valuation of almost $3 billion. Its CEO, Stewart Butterfield, outlined his plans for mass-market advertising at the Web Summit conference for startups this month.

"We are switching from trying to keep up with growth to trying to generate growth," he told Reuters. "Slack can afford to pay a pretty high price to acquire paid users. If we are able to grow this company through advertising, that is my preference."

Slack did research on its user base over the summer to gather the eye-opening data in the ads—that Slack led to a 32 percent increase in team productivity, 48.6 percent fewer emails and a 25.1 percent reduction in meetings.

For the colorful, somewhat hipstery ads, in keeping with the brand persona, that data was then presented in the context of how joyful it presumably makes Slack users.

"If you run a large company, it's almost impossible to make a change that improves productivity 30 percent—so that kind of result can be transformational," Brad Morris, marketing director at Slack, tells Adweek. "We wanted the campaign to express the very real benefits of Slack to people who have never heard about us, while also addressing the aspects of working life that everyone can relate to in a playful way that was in keeping with our brand."

The company did not elaborate on why these four cities were chosen in particular. The campaign includes billboards, airport signage and train and bus wraps. In addition, the company is running digital banners, web banners and national/global print ads. 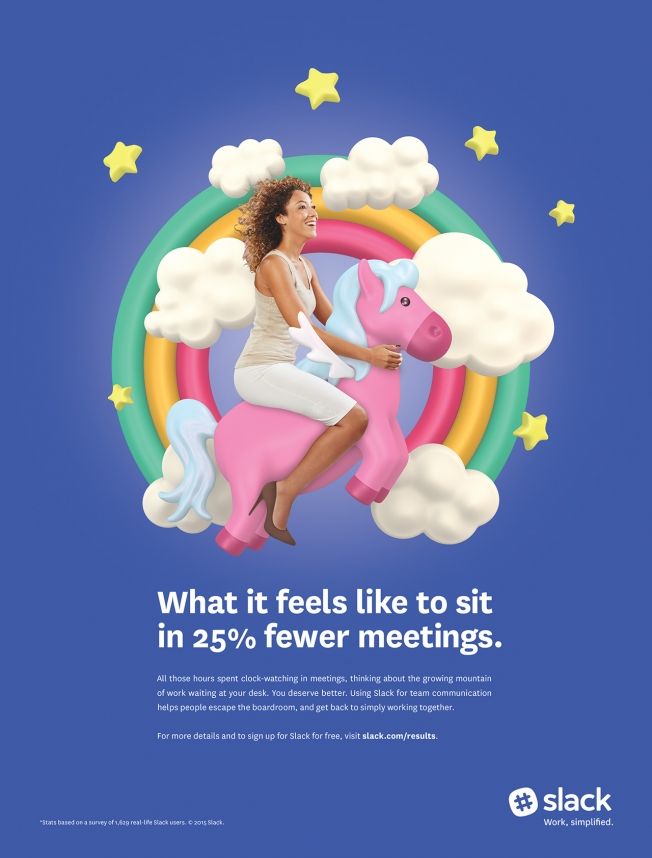