Skittles Wants Its Super Bowl Ad to Be Exclusive. So It’s Showing the Spot to Just One Teenage Fan 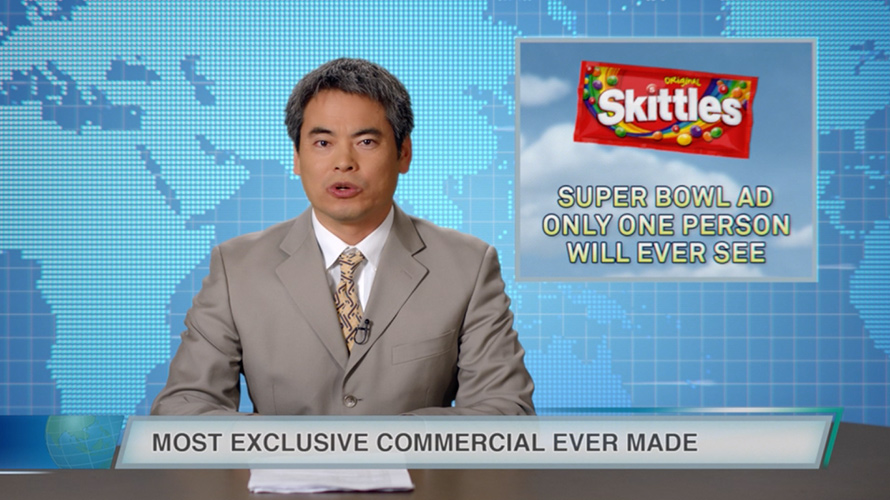 Skittles is creating a 60-second spot for the Super Bowl but the ad won’t air during the Big Game on Feb. 4. Instead, one teenage fan of the brand—Marcos Menendez from Canoga Park, Calif.—will see the ad and we’ll be able to see his reaction to the ad via a livestream on Skittles’ Facebook page.

The brand and creative shop DDB have created an announcement video (see below) as well as four teaser spots that will be released prior to the game.

“This year, Skittles is making the most exclusive Super Bowl ad ever,” said Matt Montei, vp of fruit confections at Mars. “We’re making an ad but we’re showing it only one single person. … It’s on par with everything we’ve done in the Super Bowl over the last three years. It’s just that we’re only showing it to Marcos this year.”

Montei continued: “For everyone else, though, what’s important to know, and what you’ll soon learn in a week or so, is that we’ll announce the celebrity [in the ad]. We’ll also have content in the form of four different teasers for everyone to view and speculate what that final ad might be, even though they themselves will not be able to view the final ad.”

Skittles does not have any plans to release the ad after the Super Bowl. “At this point we absolutely have no plans to show this ad beyond [to] Marcos during the Super Bowl,” said Montei.

The brand conducted a search to find a fan to view the ad and landed on Menendez. Last year, Skittles had a 30-second spot in the game featuring a young man throwing Skittles into a young woman’s window, shouting her name over and over again.

“Every other advertiser is going out there and showing their ad to 100 million people,” said Montei. “We want to be the one brand who has the most exclusive ad in Super Bowl history. That’s the focus of the campaign. That’s why there’s a lot of content beyond just the ad itself which is meant to start a dialogue, to speculate and to be highly entertaining.”