Should Niagara Falls Be Named the 8th Wonder of the World? 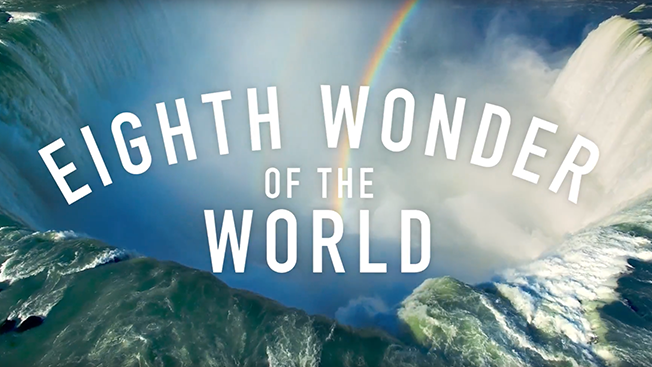 Would you be more likely to visit Niagara Falls if it were named the eighth wonder of the world? That's what McCann Canada and the Tourism Partnership of Niagara are hoping.

A new campaign cheekily argues that Niagara Falls is a much better candidate for the title of the world's eighth wonder because, among other reasons, the falls generate lots of rainbows.

Of course, the delightful new work isn't meant to pick a fight with other contenders for the title; it's meant to drive tourism.

"Research insights tell us that people who have visited Niagara see the destination as a 'been there, done that' travel experience," said Jody Larose, executive director of the Tourism Partnership of Niagara. "The comprehension of the depth and breadth of tourism product is lacking to motivate a repeat getaway visit."

Added Larose: "Through taking stock of the many experiences Niagara offers while undergoing the rebranding initiative, it became evident that Niagara Canada offers a vast number of tourism experiences unmatched by many other world-renowned destinations."

The campaign, which runs through the end of August, is using a hashtag, #Claimthe8th, to get consumers excited about naming Niagara Falls the eighth wonder.

"We thought the best way to put Niagara on the map as a global destination was to acknowledge it as the eighth wonder of the world," said Darren Clarke, chief creative officer, McCann Canada. "And it has every right to lay claim to that distinction. Problem was, a lot of other attractions were claiming to be the eighth wonder too. So instead of just adding Niagara to the list of eighth wonders, we challenged the other attractions to settle this thing once and for all."