Sexual Expression Is Not a Trend for Marketers to Capitalize On

While brands can’t expect to hit the mark without the right people in the room, they similarly will need to pay for what they take.
Getty Images
Share
By Nomi Leasure
|
October 31, 2019
Share

Sexuality and sexual expression make up some of the most fundamental building blocks of human identity. For brands to treat either as a trend is to immediately get it wrong, and any attempts to speak for marginalized communities from a position of authority will fall flat.

The emotions that surround sexuality and sexual expression are some of the most ubiquitous that we experience as human beings: the desire to feel loved, feel accepted, feel wanted and feel safe. Who among us can forget that feeling of a first crush and being overcome by butterflies? Or the anxiety of a first sexual encounter and the stress and exhilaration it brings? What about the nauseous thrill of getting ready for a first date, or the blood rush of saying, “I love you”?

None of these experiences are determined by one’s gender; none are confined to a particular sect of sexuality. And yet for too long there has been one narrow narrative and one revolving door of a recurring cast that has been permitted to play out these experiences publicly.

With the elevation of sexual diversity to the mainstream, the right marketing touches on these universal feelings. It is relevant because it’s real. For this reason, we must see sexual expression as a fundamental human right, not a trend. Being loved is not something that changes from season to season. There is no moment in which building a connection with a trusted partner becomes overdone and no occasion when lust is “so last season.”

To be educated, you’ve got to listen to people within the community with whom you’re attempting to speak.

Sex still sells. But in the era of #MeToo, legalized gay marriage and trans-awareness, sex is as political as it is primitive. The act of loving transforms from an expression of a core human instinct to a polarized political debate. So while we remain united by the universality of love and sex, we are uniquely distinguished by our lived experiences with each.

For this reason, brands who want to strike a chord with a wider, more sexually diverse audience will need to get the right people in the room when decisions are made and make meaningful investments in the communities with which they want to be embraced. As a cisgender woman, I can reasonably only shed but so much light. But to that end, to be authentic, you first have to be educated. And to be educated, you’ve got to listen to people within the community with whom you’re attempting to speak.

Because herein lies the greatest and gravest detail: lives have been lost for the right to love; lives have been lost in pursuit of sexual expression. When being yourself is the hardest and most dangerous thing you can do, we owe it to these communities to not only listen to their stories but to elevate their voices, to celebrate and champion their causes, to invest back into their communities.

Representation certainly matters, but marginalized communities are often understandably cautious when they become the subject of such sudden interest. “Oh, now you want to listen,”—the sentiment often rings—”now that it serves you, now that it sells.”

While brands can’t expect to hit the mark without the right people in the room, they similarly will need to pay for what they take. The companies that will get it right will make meaningful investments on return for the stories and struggles they leverage for continued relevance and resonance in a modern market.

As we widen the scope of storytelling within media and marketing, a more honest depiction of human life starts to form. It’s one that ideally treats our spectrum of sexuality as both banal and extraordinary, worthy of being celebrated for its joy and truth and yet unremarkable in its ultimate universality. 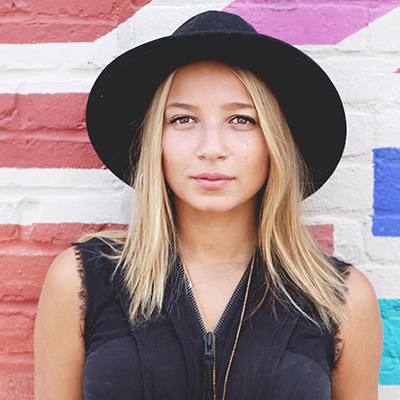 Nomi Leasure is the account director at Optimist Inc.