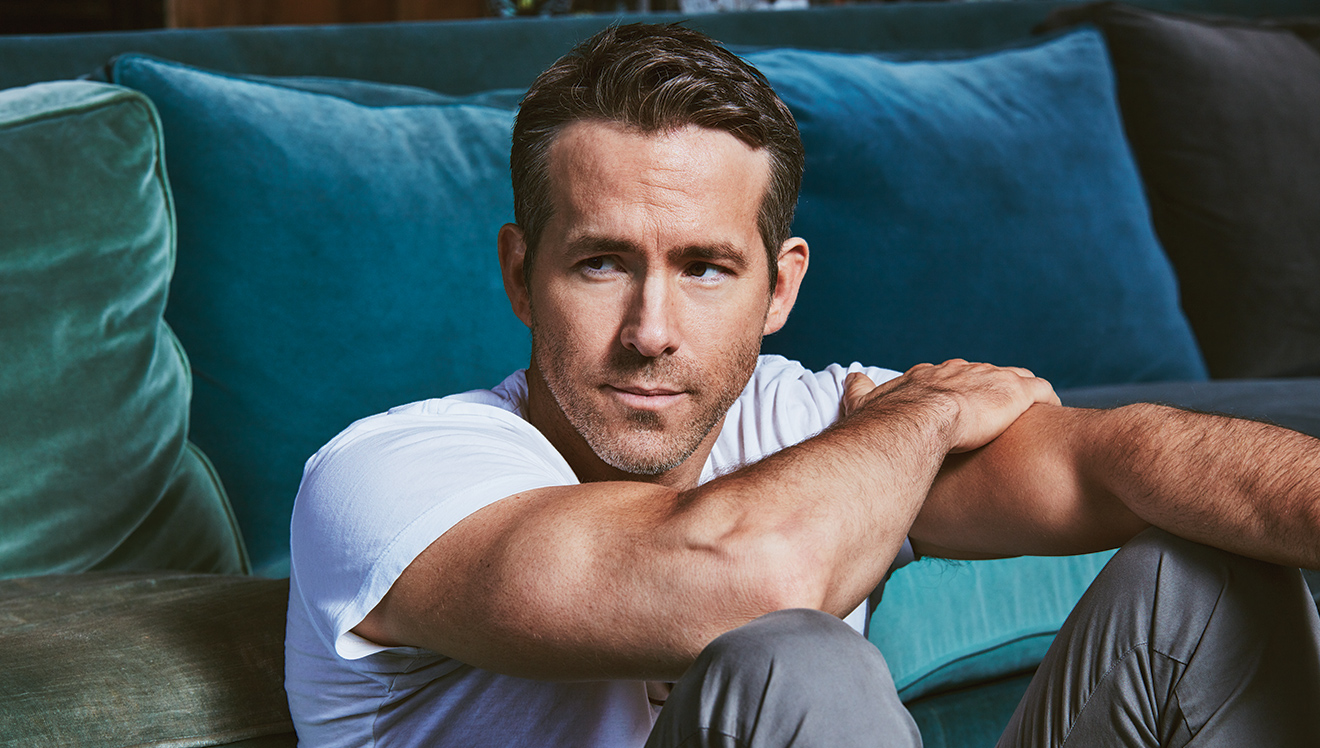 Ryan Reynolds, this year’s Brand Visionary, says empathy is a big part of his marketing strategy. - Credit by Guy Aroch

It would seem from Ryan Reynolds’ confessional voicemails to Mint Mobile customers that the actor-producer-entrepreneur has been idle during quarantine. He hasn’t read any books or perfected his tree pose. And his parenting goals? Not quite nailed down, to hear him tell it, though he plans to circle back when his three daughters are a little older.

And he just sold the latter company, in which he’d bought a significant stake in 2018, to liquor behemoth Diageo—he calls the conglomerate “a super-charged enormous Goliath of a friend to help grow the business even more”—for a price tag potentially reaching $610 million.

This comes on the heels of an already-productive spring and summer, populated by Mint and Aviation digital marketing that has included his latest share-worthy out-of-office emails, giveback programs for unemployed bartenders, Easter egg-filled peeks at his personal desktop and free services for cellphone users.

There’s a high bar for the ads, Reynolds says of the content that he and Maximum Effort president George Dewey are stockpiling, and they won’t hesitate to kill their darlings.

“The work should feel spur of the moment and like there wasn’t a tremendous amount of stitching or unstitching to it,” he says. “It’s got to feel effervescent, for lack of a better word. If it feels like it’s working too hard, we’ll nix it.”

Whatever makes the grade will be rolling out in the coming months. In the meantime, Reynolds, this year’s Brand Visionary and an alum of Adweek’s annual Creative 100, will be among the speakers at Brandweek Masters Live.

Ahead of the virtual event, Reynolds chatted with Adweek about what he calls “diet storytelling” and “fast-vertising,” lessons learned as a budding empire builder, advice he gives to wannabe moguls and marketing through a lens of empathy.

Adweek: Did you always intend to be the face of Aviation Gin, or had you thought of yourself more as a behind-the-scenes investor?

Ryan Reynolds: I did intend to be the face, but I’m not always the face in the ads. We’ve certainly had some great success with some of the pieces that didn’t feature me in any way, shape or form. But the headline is, “Actor buys liquor company.” And I just thought it was kind of fun to lean into this idea—basically, what business does an actor have running a liquor company? Because to a certain degree it’s true. And I wanted to lean into the dumb-dumb CEO role that I would take on. That for us is a gold mine and a lot of fun.

Had you been interested in advertising as a discipline or profession before you helped create the marketing program around 2016’s Deadpool?

No, Deadpool was the proverbial fork in the road for me. I took some ownership and authorship in growing the movie and helping it to become something that permeated pop culture. That extended to everything, including hands-on producing and marketing. I had learned a lot from my previous experiences in film, including what not to do, and I had noticed that my creative life and career changed drastically when I began to take more responsibility for the work in a holistic way. And we just didn’t have any money—the studio gave us the bare minimum to shoot the film and almost no money for the marketing budget. It fell to George and me, and we found that we both loved the awesomeness and power of marketing and its ability to bring people together. Click for more from this issue
This story first appeared in the Sept. 14, 2020, issue of Adweek magazine. Click here to subscribe.
@TLStanleyLA terry.stanley@adweek.com T.L. Stanley is a senior editor at Adweek, where she specializes in consumer trends, cannabis marketing, meat alternatives, pop culture, challenger brands and creativity.