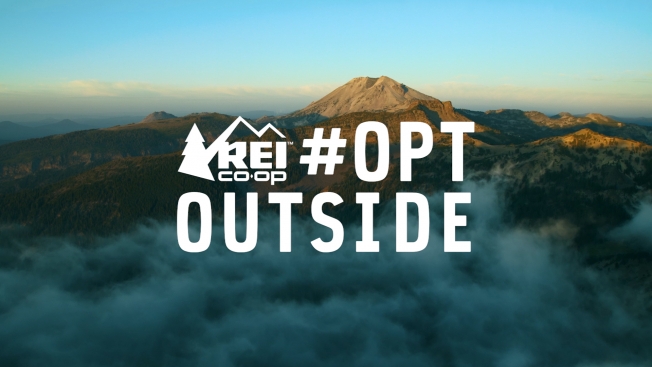 San Francisco-based independent agency Venables Bell & Partners led creative on #OptOutside, which centered on the outdoor retailer and consumer cooperative's decision to close all 143 locations on Black Friday in 2015 and pay its 12,000 employees "so they can do what they love most—be outside." Mediavest/Spark, Tool of North America, North Kingdom and Edelman also worked on the campaign.

The campaign was awarded top honors, with the other Titanium Lion winners being Burger King's "McWhopper" by Y&R New Zealand, Heineken's "Brewtroleum" by Colenso BBDO, Sherwin Williams' "The First Ever Pinterest Yard Sale" by Deutsch New York and "The Swedish Number," created for the Swedish Tourist Association by Stockholm-based agency Ingo.

"We loved it because it took Black Friday, this day when people are driven to spend even more money, and REI decided to do the opposite and close their stores, asking everyone and their staff to go outside and have a good time," said jury president and BBH founder Sir John Hegarty at this morning's press conference.

Other jury members suggested that the judges focused on the successful execution of creative concepts in making their decision. Droga5 London chief creative officer David Kobulz told reporters that the year's best work involved "good ideas executed to exhaustive measures." Crispin Porter + Bogusky chief creative officer Kevin Jones added, "[#OptOutside] could have been poorly done. That could have been done in a way that put you off. I just think they handled it really well."

"The value of what we do is not being appreciated by the audience we speak to. The awareness and value of advertising is awareness," said Hegarty in explaining why the celebration of non-traditional campaigns is crucial for the advertising industry. "That is not my opinion; that's the opinion of the audiences we talk to. That's a big issue for everybody involved in our industry. How do we move the value of advertising and communications forward in a way that audiences genuinely look forward to and respond to?"

The REI campaign began last October with a pair of videos explaining the concept, the first of which starred company CEO and president Jerry Stritzke. The hashtag #OptOutside and its attendant "meme generator," which encouraged fans to share their outdoor experiences on social media, led to exponentially greater engagement and earned media attention as most major outlets and morning shows covered the campaign.