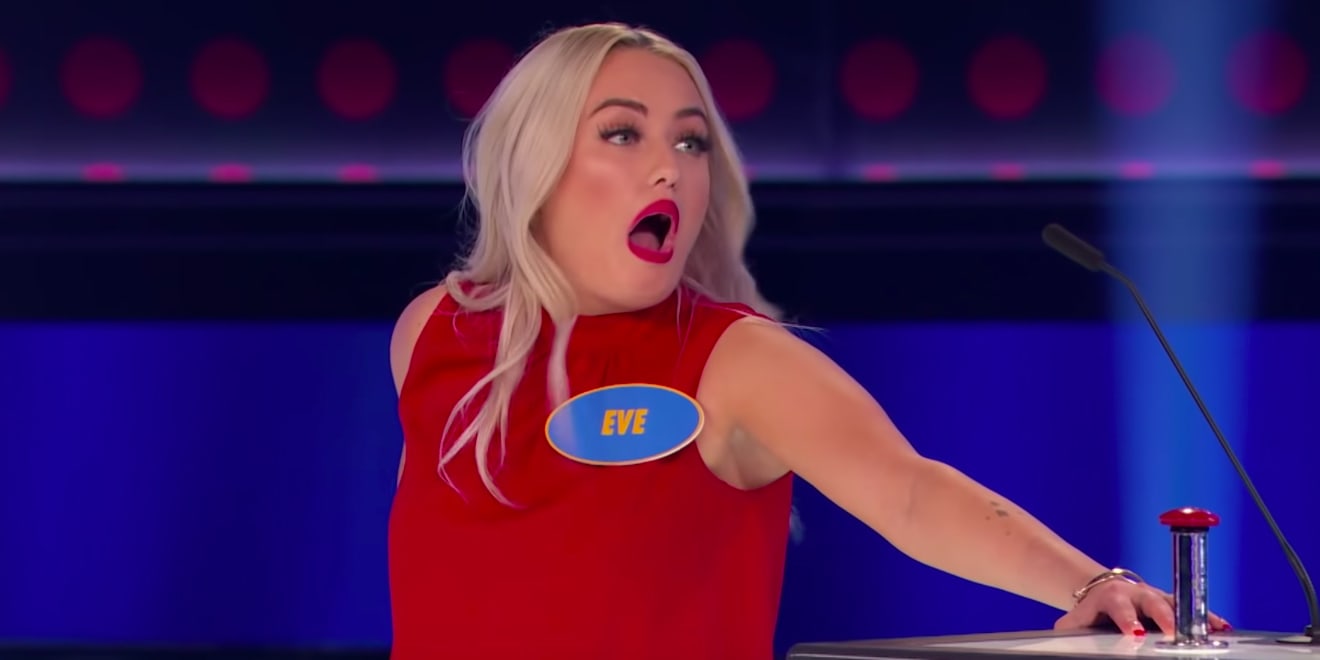 What's Popeye's favorite food? No, the other Popeye. CBC


When Eve Dubois smashed the buzzer during a sudden death round of Family Feud Canada, she was sure she had the correct answer. ‘What’s Popeye’s favorite food?’ the host asked. With a confident body roll, Dubois yelled, “CHICKEEEEENN!” Her teammates hands flew to their heads, groaning, as Dubois realized the $10,000 mistake she’d made.

Popeyes Louisiana Kitchen, on the other hand, was thrilled. “This happened in Canada, where we still don’t have our new chicken sandwich but a good and growing presence,” said Bruno Cardinali, head of North American marketing for Popeyes. “Her reaction and response was another great demonstration of how Popeyes is really part of culture and top of mind…even more so than the sailor man!” And so, as a thank you to Dubois for what’s become a viral video, Popeyes announced on Twitter that it was offering her $10,000 worth of chicken. (Chicken may not be Popeyes’s favorite food, but we sure hope it’s Dubois’s!)

Read more: Fernando Machado, global CMO of Popeyes and sister brand Burger King, said the brand was flooded with links to the clip as it went viral Friday.

Are Experiences the Future of Retail? Area15 in Las Vegas Will Put the Trend to the Test

While retail has certainly had its lows over the past several years, surveys show that Gen Z and Millennials still prefer to shop in stores—as long as they’re getting a unique and engaging shopping experience. Area15, an upcoming retail and live entertainment complex located just off the Las Vegas Strip, looks to be a model for the kind of consumer experience that experts predict retailers will invest more in throughout 2020. The futuristic concept, a joint venture from real estate development firm Fisher Brothers and creative agency Beneville Studios, aims to be a hotbed of interactive art and technology experiences. It’s also been approved by the Nevada Commission on Tourism as a tourism improvement district.

Read more: The concept has a soft open scheduled for April.

To send some love back to its headquarters in Melbourne, Australia, the New York office of Cummins&Partners has placed stuffed koalas all over the city to encourage donations to relief efforts as brushfires continue to devastate the continent. The New York team is “absolutely devastated and wanted to help in some way from across the pond instead of feeling helpless,” said Diane Villavieja, who oversees operations at the agency. “Our agency has Australian roots and more than half of our team are Australian, so we are taking action and helping our furry friends back home, all the way from NYC.” Those who stumble upon one of the plush toys will find a QR code directing them to a GoFundMe page where they can donate to the Wildlife Information, Rescue and Education Service, Australia’s largest wildlife rescue organization.

Read more: After the idea was floated at a morning meeting, the agency had the fundraiser running and 100 koalas up within 72 hours.

General Mills Makes It Official: Sugar and Cereal Are Back Together

While many of us may have been thinking that breakfast trends were moving away from the sugar-packed, brightly colored cereals advertised as “part of a balanced breakfast,” all throughout the 90s, General Mills believes otherwise. The CPG brand recently debuted three new cereal lines: Hershey’s Kisses, Reese’s Puffs Big Puffs and Jolly Rancher, which features the flavors green apple and blue raspberry. According to experts, sugar is still what sells. The best thing that brands can do in this category is to just be honest about what’s in their products, rather than trying to market something sugar-filled as nutritious, analysts say. Consumers are okay splurging on sugary foods, especially if they feel the brand is being authentic.


In the budget car insurer’s latest spot, “We Are the Rest of Us,” SafeAuto takes the brand movement trend to an exaggerated extreme. The ad was created by agency Joan, which won the account through a competitive pitch last summer.

At the beginning of the spot, we see regular people reading billboards advertising car insurance for “the rest of us.” Quickly, and surprisingly, this mild statement escalates from a few shared looks between bus riders to a kumbaya circle to a mass insurrection, complete with smoke bombs and with bare-chested men on horseback flying flags—all because they can get affordable car insurance.