All proceeds will go to grassroots organizations 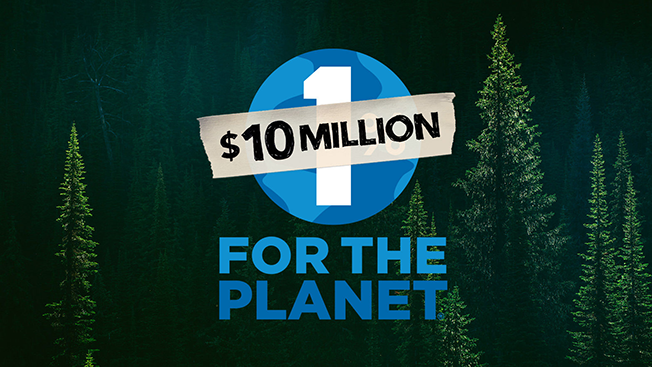 Patagonia made $10 million in sales on Black Friday and all of those funds will go to grassroots organizations that are working to protect the environment.

The company announced its plan to work with One Percent for the Planet on a "fundraiser for the earth" last week, noting that it would donate all of its retail and online sales to organizations that are dedicated to clean water, air and soil.

"We're humbled to report the response was beyond expectations: With your help, Patagonia reached a record-breaking $10 million in sales," explained Patagonia CEO Rose Marcario in a post she wrote about the results of the company's effort.

She continued: "We expected to reach $2 million in sales—we beat that expectation five times over. The enormous love our customers showed to the planet on Black Friday enables us to give every penny to hundreds of grassroots environmental organizations working around the world."

Taking a stand for the environment is nothing new for the company. It already donates one percent of its sales to the environment which, so far, has totaled $74 million. And earlier this month Patagonia closed its doors on election day to encourage its employees and customers to consider the environment when voting. To follow up that effort an internal team came up with the Black Friday donation idea.

Funds will be distributed through the company's one percent grants programs, which "funds environmental groups in over 20 countries. This will include past grantees and new organizations doing work that meets our criteria," explained a spokeswoman for the company.

"The majority of the grantees are grassroots environmental nonprofit organizations working to address the effects of climate change and other issues affecting our planet," she noted. "[Most] of them are local and underfunded and they are in countries and communities where Patagonia has people on the ground—from Ventura, Calif. to Osaka, Japan. It will take 6 – 18 months to disburse the funds."

Added Marcario: "The science is telling us loud and clear: We have a problem. By getting active in communities, we can raise our voices to defend policies and regulations that will protect wild places and wildlife, reduce carbon emissions, build a modern energy economy based on investment in renewables, and, most crucially, ensure the United States remains fully committed to the vital goals set forth in the Paris Agreement on climate change."