Jack Dorsey, Emily Weiss and Diane von Furstenberg among those who signed their names 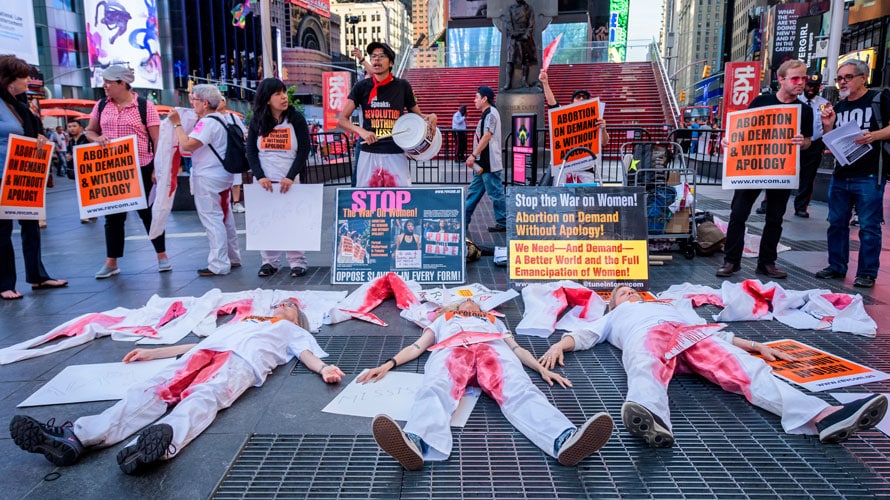 In response to the wave of restrictive abortion laws being passed in states like Georgia, Alabama and Missouri, nearly 200 executives across industries joined forces to take out a full-page ad in today’s New York Times to voice their concerns about these laws.

187 executives from such companies as Away, Twitter and DVF signed the open letter in the New York Times—where full-page ad rates peg at $214,733—railing against the proposed regulations, which restrict women’s access to the medical procedure as early as six weeks into a pregnancy in Georgia, or in nearly all cases in Alabama, aside from when a mother’s life is threatened. In the letter, the executives called these laws “bad for business.”

“When everyone is empowered to succeed, our companies, our communities and our economy are better for it,” the letter reads. “Restricting access to comprehensive reproductive care, including abortion, threatens the health, independence and economic stability of our employees and customers. Simply put, it goes against our values and is bad for business. It impairs our ability to build diverse and inclusive workforce pipelines, recruit top talent across the states and protect the well-being of all the people who keep our businesses thriving day in and out.”

“The future of gender equality hangs in the balance, putting our families, communities, businesses and the economy at risk.”

The businesses represented on the list have headquarters in 17 different states, employ over 100,000 workers and represent billions of dollars in revenue.

According to its newly launched website, Don’t Ban Equality is “a statement in response to an alarming trend of bans passing in states across the country that restrict access to comprehensive reproductive healthcare, including abortion” that asks chief executives “to say that these bans go against their company values and negatively affect efforts to promote equality in the workplace, putting businesses, communities and the economy at risk.”

To launch the coalition, these executives teamed up with advocacy organizations Planned Parenthood Federation of America, NARAL Pro-Choice America, The American Civil Liberties Union and Center for Reproductive Rights.

“We are grateful and inspired to have so many business leaders standing with us proudly and publicly to oppose these dangerous, unprecedented attacks—raising the alarm about the chilling effect on their employees and the communities where they do business,” Dr. Leana Wen, president and CEO, Planned Parenthood Federation of America, said in a statement. “People across the country are outraged—politicians have no place in our personal health decisions. And now more than ever, we must stand together to declare that reproductive health care, including abortion care, is necessary for all people to live healthy, successful lives.”