On the Road to Brandweek: DRL CEO Nicholas Horbaczewski Discusses 5G and Innovation

Drone technology sees competition from quite a few established arenas 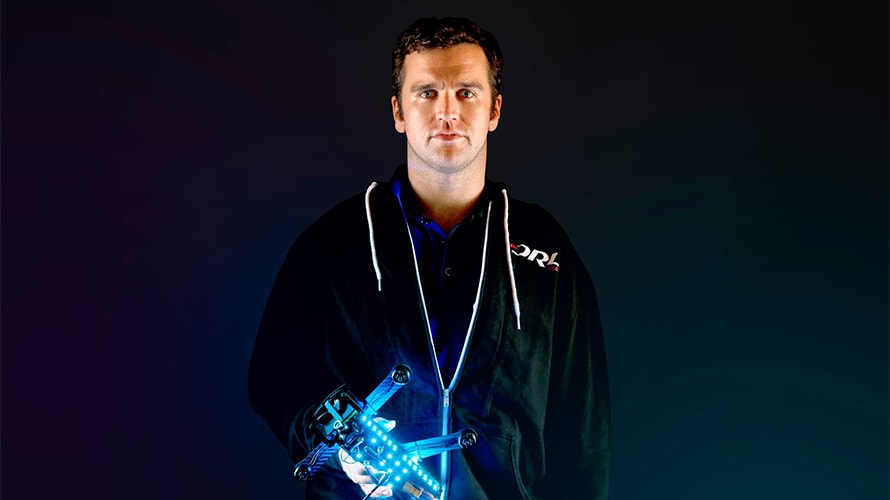 In very short order, drones have captured the imagination of consumers as a photography and video platform, potential delivery vehicles for Amazon and other retailers and a fascinating new concept of flight. So it makes sense that the collective interest in drone technology would create a sport dedicated to the whirring wonders.

Enter The Drone Racing League. In just two and a half years, the league is reaching more than 55 million viewers and is looking ahead to 5G and other tech advances to create increasingly immersive experiences for both viewers and a growing list of brand partners.

DRL’s rapid growth and innovation push are why Adweek is excited to have it’s founder and CEO Nicholas Horbaczewski drop into the Challenger Brands Track, which features eight brand marketers who have disrupted their respective categories, at the inaugural Brandweek Summit in Palm Springs, Calif., September 23 to 25.

Kristina Monllos, Adweek’s senior editor, brand marketing, caught up with Horbaczewski to discuss DRL and his ambitious plans for the flying franchise.

We share three questions from their time together in the continuing On the Road to Brandweek interview series, which features some of the absolutely stellar marketing executives set to speak. We’re excited to be on the road to Brandweek, and we hope you’ll join us.

DRL is competing with sci-fi movies, traditional sports and millions of emerging content options for viewers to win the hearts and minds of a new fan base.

Adweek: What will 5G mean for drones?

Nicholas Horbaczewski: 5G is a considerably higher-bandwidth link that could offer a lot of exciting opportunities for drones in the future. As self-automated drone flight advances, it has the potential to support passenger features like high-definition FPV (first person view) and high-speed drone telemetry. Today, most drones are still flown by line-of-sight control and video radios, but as drone technology advances—and creates opportunities with high bandwidth 5—DRL will explore new ways to connect the sport of the future with fans all around the world.

DRL is competing with sci-fi movies, traditional sports and millions of emerging content options for viewers to win the hearts and minds of a new fan base.

To ensure maximum reliability, DRL builds our own proprietary radio system from the ground up that supports our sport, [with] both its software and hardware. This enables our custom-designed DRL Racer3 drones to fly over 90 MPH through concrete structures and around miles of three-dimensional courses with almost zero-latency video feeds back to our elite pilots.

5G may still be too high-latency for high speed racing, but the technology may support audience storytelling and foster new and novel ways to connect drones to the world around them. We’re excited by what the next generation of wireless can do and how it will move the industry forward.

How does the league approach brand deals?

Authentic and one-of-a-kind brand partnership opportunities with DRL are nearly limitless. In the past year, DRL has designed a three-dimensional, sci-fi race course at the BMW HQ in the BMW Welt in Munich, filmed custom content for Swatch with the most cutting-edge drone SlowMo footage ever captured and built an Allianz “Iris” Gate with a closing mechanism (think Star Wars) as the actual finish gate within all DRL race courses.

We’ve focused on partnering with world-class brands (which also include Cox Communications, Seagate and the U.S. Air Force) and creating new and exciting experiences that resonate with our tech-savvy fan base worldwide each time we bring a new partner into the league. For our partners, the ability to do something new every time we take on a project, coupled with our rapidly growing fan base and global content distribution on leading channels including ESPN, Sky, Groupe AB and ProSieben, enable DRL to be something entirely new: a global, futuristic sport with passionate fans and no limiting history.

DRL is a rapidly growing sport with a passionate global fan base. In just two and a half years, we’ve reached more than 55 million viewers, were named one of Fast Company’s 50 Most Innovative Companies in the World and have secured world-class partners—but this is all just the beginning of building a futuristic sport. We even have a No Victory Lap rule at DRL, which we implemented after our first race (partially because it’s very dangerous with racing drones), but have held onto as a core value as we grow. DRL is competing with sci-fi movies, traditional sports and millions of emerging content options for viewers to win the hearts and minds of a new fan base. Each and every day we are looking for new ways to increase awareness of the sport, our incredible pilots and all of the insane racing to come.