Olympic Roundup: Michael Phelps ‘Not Coming Back in 4 Years’ 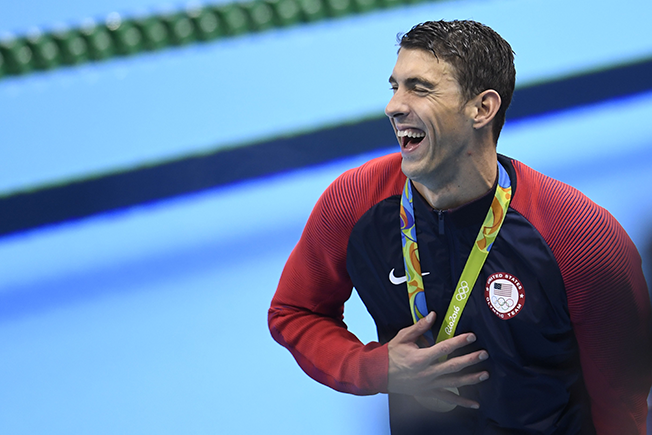 Friday Michael Phelps put an end to any speculation that he will return to the Olympic games in four years, and Katie Ledecky smashed her own world record for the 800-meter freestyle. The U.S. remained on top of the medal count (now 50) again on Friday. Here's what marketers need to know about the last 24 hours of the Olympics:

Michael Phelps on Olympic Future: 'I Am Not Coming Back in Four Years'

Ryan Lochte speculated that competitor Michael Phelps will be returning to the pool at the Olympic games in four years. However, Phelps himself confirmed that he is in fact retiring. (USA Today)

Here's the total medal leaderboard as it stood going into Saturday, according to NBC Olympics:

Michael Phelps isn't the only swimmer who made news at the Olympics on Friday. Katie Ledecky bested her own world record in the 800-meter freestyle, this time coming in at 8 minutes, 4.79 seconds. (NBC Olympics)

Team USA's Anthony Ervin won the gold in the men's individual 50-meter freestyle. The 35-year-old is the oldest male swimmer to take the gold. (SB Nation)

The U.S. women's soccer team was clearly shaken by a quarterfinal loss to Sweden Friday, which sends them home from the Olympics. Alex Morgan's eyes were red after tearing up, and goalkeeper Hope Solo called the Swedish team "a bunch of cowards." (The Washington Post)

Thursday was an emotional night at the Olympics. Michael Phelps brought in his 22nd gold and two Simones – Biles and Manuel (gymnastics and 100-meter freestyle) – also won gold medals. Viewership was up as people tuned in to watch these Olympic stars, and NBC posted a 20.4 overnight rating in prime time, the second best overnight in the Rio games. (Adweek)

Thursday was a big day at the Olympic games with several historic moments in swimming, rugby and gymnastics. As a result, it was a buzzy day on social media. For example, U.S. gymnast Simone Biles won the gold in the individual all-around competition, resulting in 494,982 social engagements. (Adweek)

Local media is getting creative when it comes to covering the Rio games as a result of strict rules implemented by the International Olympic Committee. Pat Tomasulo, morning sports anchor for Chicago's Tribune-owned station WGN, used an R. Kelly song for the Olympic anthem, a five-colored triangle in place of Olympic rings and footage from his high school wrestling career instead of the Olympics. (Adweek)

Michael Phelps was the most talked about Olympic athlete on Facebook during the first week of the Olympic games, and swimming was the most discussed event. Canada had the most monthly active users discussing "Rio 2016." (Adweek)

Sixteen-year-old swimmer Penny Oleksiak of Canada has won four medals so far, and she could see lucrative endorsement deals in her future. One thing that Oleksiak has going for her is a fluency in social media—she has an effusive, goofy, endearing online presence. (Globe and Mail)