Katie Couric, Taraji P. Henson and others star in the 30-second spot 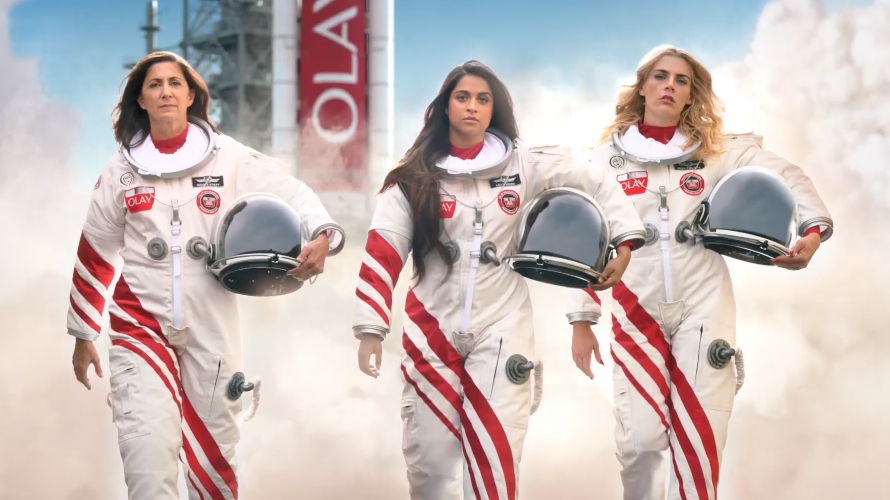 For its Super Bowl spot, Olay is going all in on celebrities.

The skincare brand, which is owned by Procter & Gamble, has a roster of five famous faces who will star in its Super Bowl 2020 ad: Taraji P. Henson, Katie Couric, Busy Philipps, Lilly Singh and Nicole Stott, a retired astronaut.

Many of the stars have a history of working with the brand. Singh was a part of Olay’s “Face Anything” campaign, which dropped in summer 2018 and was created by Badger & Winters, the same agency that’s handling the creative for Olay’s Super Bowl spot this year. Philipps starred in a campaign for Olay Regenerist Whips moisturizer. And Couric has a history of working with P&G, most recently in a docuseries for another P&G-owned skincare brand, SK-II.

Not only is Stott an Olay ad veteran, but her participation in the spot is a hint at what Badger & Winters has planned. A 15-second teaser released today shows Singh, Philipps and Stott in space suits heading on a mission to outer space. Henson is on the ground at Mission Control, while Couric documents the odyssey from the anchor chair.

Olay’s spot is likely to be equal parts female empowerment as it is astronomical. The teasers close with the hashtag #MakeSpaceForWomen, and there’s a charitable element with the spot, too: Olay will donate $1 for every tweet that uses that hashtag and tags @OlaySkin during the Super Bowl (up to $500,000) to the women in STEM organization Girls Who Code.

“The Super Bowl is advertising’s biggest night, which is why we wanted to go big as well. With ‘Make Space for Women,’ we loved combining a bit of wordplay with the very serious world of science and technology—a world, by the way, that continues to exclude women in large numbers,” said Madonna Badger, chief creative officer at Badger & Winters. “We’re very excited to partner with Olay to help change that and thrilled to be working with so many talented women behind the camera.”

The spot is 30 seconds long, and will air during the fourth ad break of the game.