Once and for All: Is It Duck Tape or Duct Tape?

Duck is a brand name. Duct sounds more logical. What a sticky problem. 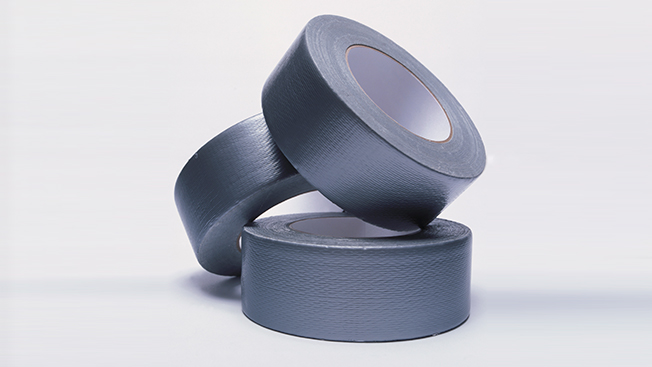 If you happen to be working on a Halloween costume this week, remember two things: Nothing beats duck tape when you need to fashion a quick coffin or a knight’s shield, and if you do a really good job of it, you can enter the annual Stick or Treat contest (first prize: a thousand bucks), which crowns the most innovative use of duck tape.

Wait—or is it duct tape?

Ah, yes, this time of year often gives voice to one of the world’s great unanswered questions: Is the proper term for America’s favorite waterproof, polyethylene and fabric-mesh strip adhesive duct tape or duck tape?

“Well, we have no idea,” said Ray Magliozzi, who co-hosts syndicated NPR program Car Talk with his brother Tom, and who makes frequent reference to the all-purpose tape, usually as a quick (and bad) remedy for many automotive ailments. “I always assumed it was duct tape because it has a reasonable explanation, right? Ducts have to be taped. What possible use could ducks have for really sticky tape? When’s the last time you even saw a duck at a Home Depot?”

A fair point—unless you mean Duck, the brand. That’s the name registered in 1980 by Ohio firm Manco Inc. (today doing business as ShurTech), the company that’s made enough Duck Tape to encircle the Earth, equatorially, 15 times.

According to the corporate history, during WWII the U.S. government commissioned Johnson & Johnson subsidiary Permacel to develop a heavy-duty tape that could keep water out of ammunition cases. J&J responded with a drab-colored, cloth-backed tape that was strong, easy to tear and, of course, waterproof. GIs purportedly nicknamed it “duck tape” because water beaded off the tape just like droplets slipping down a duck’s back. (What’s more, the fabric layered into the tape was called “cotton duck.”)

As the story goes, during the postwar suburban housing boom, contractors who installed heating and air conditioning discovered duck tape was handy in patching ducts, too. Soon, the green tape gave way to the silvery-gray stuff that better matched sheet aluminum, and the “duct” name … stuck. As the tape had never been patented, scores of brands were making it, and only when faced with the need to differentiate did Manco trademark the Duck name, going so far as to develop a corresponding duck mascot for the packaging, rendered by a former Disney cartoonist.

No less than the venerable William Safire of The New York Times has researched and confirmed the above version of events (give or take), but there are still those—including, apparently, a former marketing honcho from Scotch tape maker 3M—who dispute it. Anecdotally at least, duct is the more intuitive term—and also more popular: A Google search for “duct tape” yields well over 4.8 million results, whereas one for “duck tape” produces a mere 2.3 million.

ShurTech marketing director Shelley Price conceded that "there is still some confusion in the marketplace" but straightened out the matter this way: "Categorically, the product is still referred to as duct tape, but there is only one Duck Tape brand." Price added that Duct Tape has 6 million Facebook fans, some of whom spend their time arguing over the "duck vs. duct" issue.

So which is it? In fact, experts say either term will do. And there are experts. Marketing consultant Tim Nyberg—who, as one of “The Duct Tape Guys,” has authored six books about duck/duct tape—uses the terms interchangeably. “There are people who lambaste us for calling it duct and for referring to duck,” he told us. “We just smile and direct them to our Web page. But those who blow a cork over it will still not be satisfied.”

Probably not, but one thing is certain: Duck/duct tape—the tape strong enough to pull a car from a ditch, the tape that saved the lives of the Apollo 13 astronauts—is a handy thing to have around for making a Halloween costume. (See some of the better ones here.) In fact, duck/duct tape is handy for just about anything except patching ducts. The Department of Energy’s Lawrence Berkeley National Laboratory tested a variety of sealing materials in 1998 and later reported: “Of all the things we tested, only duct tape failed.”