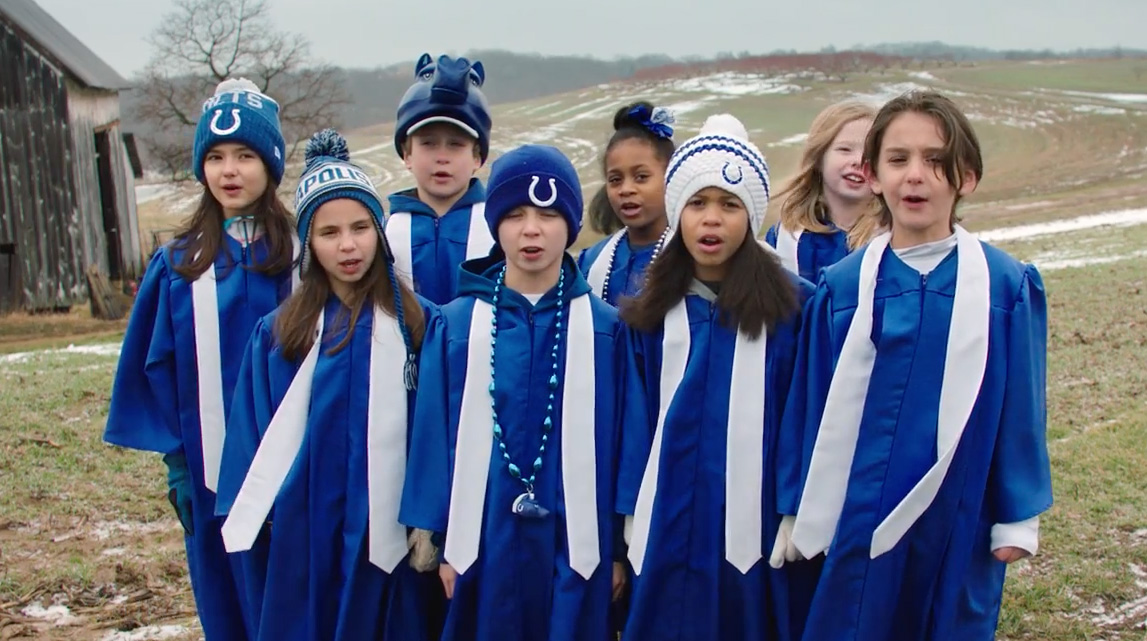 What a difference a year makes. In 2015, the NFL used its Super Bowl commercial time to talk about domestic violence. This year, it's celebrating domestic bliss.

The league's new Super Bowl campaign, from Grey New York, launched Monday with a long-form music video based on a fun bit of trivia—that winning cities see a rise in births nine months after a Super Bowl victory. The video features actual Super Bowl babies—from the now 49-year-old offspring of 1967 Green Bay Packer fans to Seattle Seahawks toddlers born in 2014—singing a version of Seal's "Kiss from a Rose," with new and comical lyrics.

A 60-second version, directed by Lance Acord and Chris Wilcha of Park Pictures, will air during the third quarter of Sunday telecast on CBS. A number of 10-second teasers will introducing the featured Super Bowl babies. (Additional profiles of the babies and their families will live at youtube.com/nfl.)

The NFL and Grey worked to find Super Bowl-induced offspring from eight championship teams in all. (The others were the Dallas Cowboys, Indianapolis Colts, New York Giants, Pittsburgh Steelers, San Francisco 49ers and Tampa Bay Buccaneers.) Seal himself makes a cameo, standing on a hilltop overlooking the Golden Gate Bridge with the 1989 Super Bowl babies of the 49ers.

"For 49 years, our fans have rallied around their favorite teams on Super Bowl Sunday and passed their pride and passion down to the next generation," said NFL CMO Dawn Hudson. "We are excited to celebrate our football families by shining the spotlight on Super Bowl Babies, those fans born into a lifelong love of their team and the game."

"I was honored to be part of one of the biggest sporting events on the planet and to work with the NFL on such a fun family campaign," Seal said in a statement. "An event like this brings so many people together, and to have a song I wrote 25 years ago still be so loved is very special for me."

The lyrics are a bit tough to make out here and there, so check them out below:

What makes the Super Bowl so Super? A day we adore.

And in the end

When our team won

Mom and dad looked at each other

One thing led to another that night

It all happened on the night that a Super Bowl was played, ooh

There's so much reason for cheer tonight

Ever since we were in diapers, we've watched every game

Baby! We were all just little twinkles, twinkling in our daddy's eye

Til that Super Bowl Sunday night

And when at last

They welcome to the world, us newborn baby boys and girls

It all happened on the night that a Super Bowl was played, ooh

A day when history and our families were made

So much reason for cheer tonight

When there were no more jalapeno-chili-bacon chicken wings

Mommy and dad, they cuddled. Canoodled. All night. Baby.