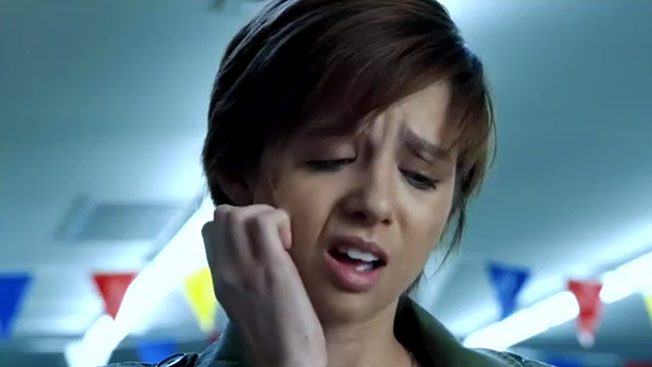 The Food and Drug Administration is hoping a little fear can go a long way in warning teens of the cost of smoking. In the agency's first national public education campaign ads dramatize the health consequences of smoking mixed with a little bit of vanity to convince teens not to smoke.

Created by Draftfcb, in one set of ads, an African-American male teen and a white female teen are told by a clerk in a convenience store that the money they've just laid down for a pack of smokes isn't enough. The male then takes a pair of pliers and rips out his teeth. The female teen pulls off half her face. The morale? "What are cigarettes costing you?" A second theme depicts smoking as a "bully" that controls your life, contrary to the belief by many teens that they will not get addicted to cigarettes or think they can quit at any time.

"The Real Cost" campaign bows Feb. 11 in 200 markets. Targeting 10 million teens between 12 and 17, the multimedia, $115 million campaign will run on TV on channels such as MTV, radio, print, online and out of home.

"We know that early intervention is critical, with almost nine out of every 10 regular adult smokers picking up their first cigarette by age 18," said FDA commissioner Margaret Hamburg, M.D., in a statement.

The federal government has had a lot of success with its anti-smoking ad campaigns. The Center for Disease Control and Prevention's campaign convinced 100,000 adults to kick the habit.

This latest campaign will be evaluated to measure how effective it is, but the current plan is this will be the first of several over the next few years authorized under the 2009 Tobacco Control Act and funded by the industry. Future campaigns will target other discrete audiences including multicultural youth, rural youth and LGBT youth.