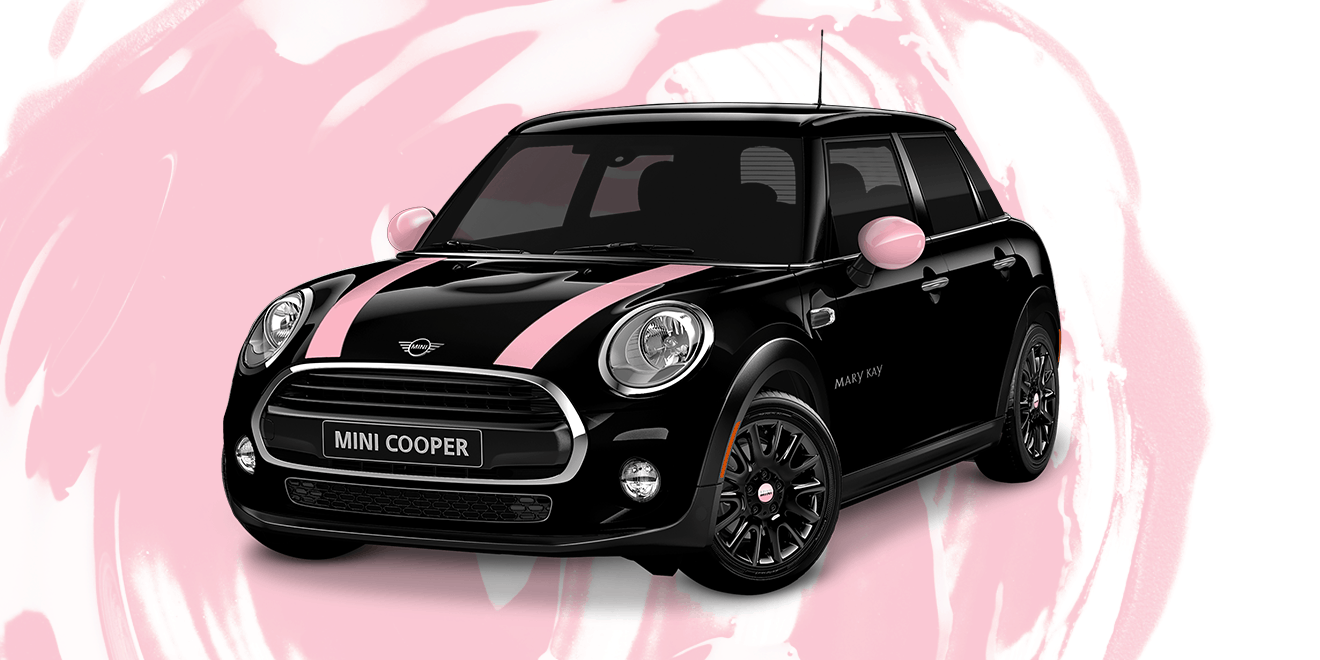 Companies incentivizing top performers with flashy perks is nothing new, but there’s probably no company that’s mastered it better than cosmetics empire Mary Kay, and no incentive more famous than the one it bestows to its winningest associates: a showroom-new Cadillac—in pink, of course.

Pink was the color of the Sedan de Ville that Mary Kay Ash bought for herself in 1968, and it became the color of the small fleet of Cadillacs she leased for her top sales reps in 1970, establishing a tradition that’s since become the stuff of American corporate legend.

But even legends sometimes need a little bit of revising. Last week, Mary Kay corporate announced that two new cars would be joining its “Career Car Program,” as it’s known.

The news here? Neither is a Cadillac, and there’s not much pink to be seen, either.

The company will add a Mini four-door hardtop to the mix, in addition to the Chevrolet Traverse 1LT. What’s more, while the Mini will sport two pink racing stripes and pink rearview mirrors, the Chevy will come in a graphite metallic livery—no pink in sight.

So why is the company seemingly getting away from the gold standard (well, the pink standard) of corporate incentives? Actually, that’s not what’s happening.

As vp of sales Laura Beitler explained, Mary Kay still holds the pink Caddy in utmost reverence, which is why that car is reserved for the very topmost tier of representatives (those who sell north of $102,000 worth of product inside six months.)

However, since it can take years to reach that level—and, indeed, most do not appear to make it—the company decided to build in intermediate-level incentive cars for the simple purpose of motivating the sales reps to keep selling. 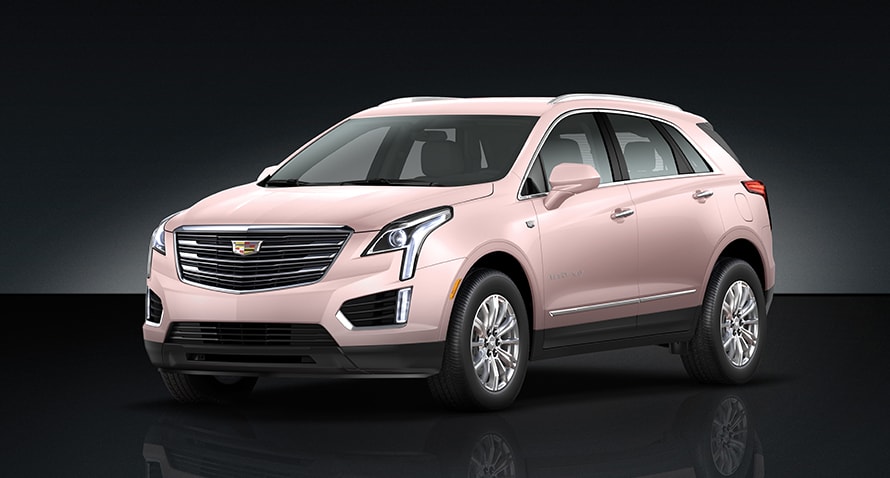 “When you see a sales force member driving a Mary Kay career car, you know these women are very successful,” Beitler said. “We have cars [that] consultants can earn on the lower level as well. It’s a way of rewarding them and having that symbol of success out in the world.”

In a similar vein, only the Cadillacs are a solid pink (“pearlized pink” is the factory name), with the other makes wearing coats of white and black and much in between.

“As our brand has evolved, we’ve moved into grays and even some smoky charcoals,” Beitler said, adding that all the car colors mirror the hues of the cosmetics’ packaging, so “all are typically within our brand colors.”

“But pink was the color [Mary Kay Ash] identified with,” she said. “And the fact that we added the pink stripe to the Mini is very special and for this promotion only.”

Indeed, this isn’t the first time Mary Kay has offered incentive cars that weren’t pink Cadillacs and, for that matter, weren’t even pink. In 2014, the company added a black BMW 320i to the mix. To reward various levels of achievement, there’s also a Chevy Equinox, a Ford Fusion and a Chevy Cruze, all in varying shades of dark gray. 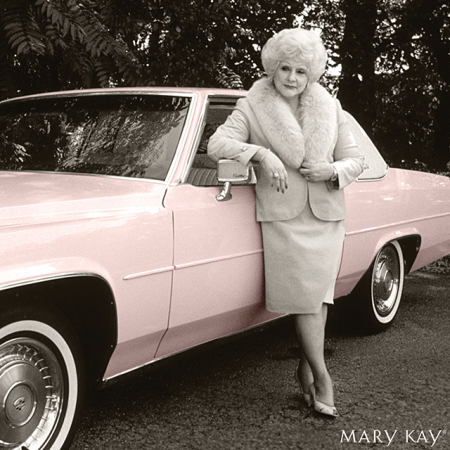 Mary Kay Ash with one of her Cadillacs.
Courtesy of Mary Kay Cosmetics

Mary Kay Cosmetics is a multilevel marketing company, meaning reps sell products within their own social circles, earning commissions while also recruiting other reps from whose sales they may eventually get a percentage. Since the company thrives within a kind of self-created ecosystem, representatives (“beauty consultants,” as they’re called) don’t just sell products—they subscribe to a broader ethos about self-reliance and entrepreneurial success that was first preached by founder Mary Kay Ash.

Always a gifted salesperson, Ash started her own company in 1963 after watching a male salesman—one she’d trained herself—get promoted over her. From that moment, the Texas native was out to even the score. “I want women to earn money commensurate with men,” she told Morley Safer of 60 Minutes in 1979. “I want them to be paid on the basis of what they have between their ears.” Ash also built rewards big and small into her system. “We praise our people to success,” she said.

And that’s why it’s so critical today, 17 years after Ash’s death, for the brand to reserve the pink Cadillac as the top-tier incentive: Mary Kay herself drove one.

As the Texas-sized tale has it,  Ash—who was flushed with success by 1967—walked into a local Lincoln showroom only to have the salesman tell her: “Little lady, go home and get your husband. And when you come back, we’ll get you into that Lincoln.” 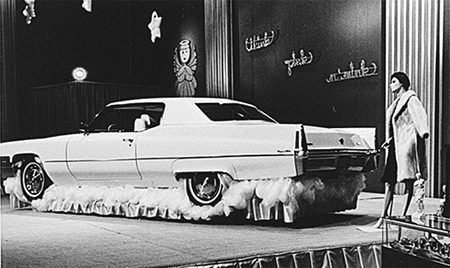 A 1970 Cadillac at a company event (trust us, the car's pink.)
Courtesy of Mary Kay Cosmetics

Ash made a beeline for Frank Kent Cadillac in Fort Worth, Texas, instead. Not only did Kent happily sell her a 1969 Sedan de Ville, the dealership somehow convinced GM to paint it pink (“Mountain Laurel” was the color’s name), a color it had retired a decade prior. This story could be apocryphal, but this much is certain: Ash drove Cadillacs for the rest of her life.

Mary Kay didn’t disclose the precise number of Cadillacs it’s awarded since the early days, though it did say a cumulative 163,000 members of its sales force have qualified for a Mary Kay Career Car in the span of the program.

What’s strange, perhaps, is that even though Cadillac no longer enjoys the sort of rarified status it did in the 1960s—an era before nameplates like Mercedes, Porsche, Bentley and Lexus took over the super-luxury segment in America—Mary Kay corporate never lost its reverence for Detroit’s plushest name.

“One of the things you’ll know anytime you meet a Mary Kay sales force member is that the pink Cadillac is so coveted because it’s the ultimate symbol of success,” Beitler said. “It requires the most in terms of what we have to have in order to earn it.”

Update: This story has been changed to clarify the uncertain nature of the Lincoln dealership anecdote.