Millennials Use Ads to Fight Hunger 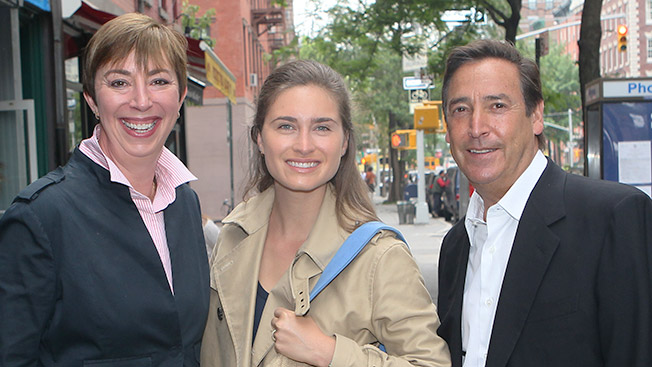 City Harvest and the 4A's ADvocates will work together to put a face on hunger in New York with the #kNOwhunger campaign, which will feature real New Yorkers who are struggling with hunger.

The idea for the multiplatform campaign came out of the daylong ReSolve think tank, held yesterday in New York, where 120 millennial advertising and media professionals gathered to brainstorm about ways to combat one of our most pervasive social issues. The event was organized by the 4A's and the ADvocates, a special task force of emerging advertising talent. Horizon Media and AOL are partners in the initiative.

"A little over a year ago, we decided that it was time to get a voice for this younger generation," said Nancy Hill, president and CEO of the 4A's.

"They said they wanted to create an event, and their original thought was that they wanted to solve world hunger," Hill said. "We said, well, that's great, but that's kind of like boiling the ocean. Let's make it into something we can actually focus on, which is how we got involved with City Harvest."

Bill Koenigsberg, CEO, president and founder of Horizon Media and chair of the 4A's, who also sits on the board of City Harvest, said, "The ADvocates' first initiative provides our industry's millennials with an incredible opportunity to apply their considerable talents to tackle a global problem on a local level."

The event was held at 632 Hudson, a four-story townhouse in Manhattan's West Village. Ten teams of 12 members each were comprised of employees from a range of disciplines at creative and media agencies and digital and PR firms. Sylvain Labs helped facilitate and guide the team discussions. At the end of the day, each team had five minutes to present its ideas to judges Carl Desir of the 4A's, Jack Bamberger of AOL, Stephen Hall of Horizon Media, Sean Merriweather of Participant Media and Jilly Stephens of City Harvest. AOL will donate space across its sites to promote the #kNOwhunger campaign.

Lauren Bush Lauren, founder of Feed.org, kicked off the event with a keynote address. Other speakers were celebrity chef Bill Telepan, sustainability expert Steven Finn and Ann Diamond of Ample Table for Everyone.

"Sometimes people can think that [our generation is] entitled, and we like to think that if you find the right people you can get the positive spin to that, which is that we're empowered, we believe we can make a difference in the world and we have the power to change it," said Jessica Merrell, director of content and innovation at Initiative, who helped put together the event. "What better industry to do it than [this one, with] some of the most strategic and creative minds that exist?"

She added, "We took on a lofty goal of solving world hunger—but because we think that we have the ability to do it. We're hoping to show not just this industry and the leaders of this industry but really the world that advertisers have the power to really make a difference beyond just selling products."