MDC Founder Miles Nadal Is Paying the Company Back $21 Million 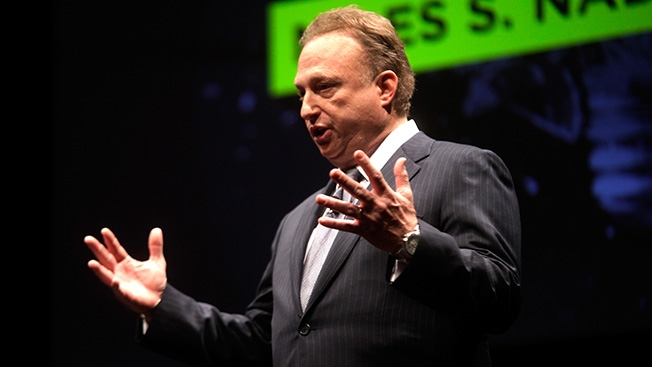 Former MDC Partners chief Miles Nadal has already paid the company back $8.6 million and owes an additional $12.7 million in the wake of the SEC inquiry into his expenses, company CFO David Doft told financial analysts on MDC's second-quarter earnings call.

Last month, Nadal quit the company he founded amid the continuing investigation.

Doft, along with new CEO Scott Kauffman, reassured Wall Street the continuing inquiry has not cost MDC agency affiliates any business or caused problems with talent recruitment or retention. Still, Kauffman ended the analysts' call by emphasizing the company's need to "regain your trust."

Kauffman said MDC just completed a deal to purchase the 49 percent of 72andSunny it doesn't already own, with the agency's three principals pledging to stay on another five years.

MDC also disclosed it has spent $3.9 million in legal fees related to the SEC investigation of Nadal, but the company hopes to recoup some of it under its insurance policy. Kauffman and Doft said company execs continue to cooperate with the SEC inquiry.

Kauffman, a nine-year MDC board member, made his Wall Street debut by promising no change in MDC's core strategy of making entrepreneurial acquisitions by initially buying less than 100 percent in agency affiliates. He also said MDC will continue to bolster its North America holdings, scale media operations and look at expansion outside North America, where international operations now generate 9 percent of revenue.

In the second quarter, MDC reported a 7.8 percent rise in organic revenue and an increase of 11.3 percent in overall revenue. The company reported an "expected" loss of $2.5 million compared with income of $7.6 million in the 2014 period, blaming revenue recognition on certain accounts. MDC affirmed full-year revenue growth of between 6.5 percent and 8.5 percent to about $1.3 billion.