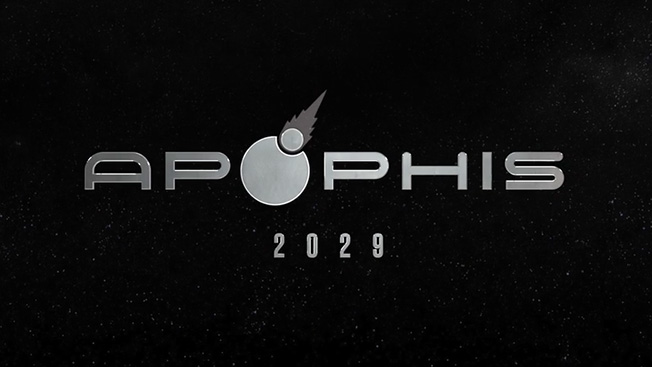 CANNES, France—It's just advertising. It's not like we're trying to save the world.

Tom Sewell, chief innovation officer at mcgarrybowen, remarked Friday here at the Cannes Lions festival on how many times he's repeated that old cliché in his career. And then he introduced a project for Verizon that could conceivably do just that—keep the human race from being wiped from the face of the Earth.

It's called Apophis 2029. The Verizon-branded mobile app, coming this fall, gamifies the process of "characterizing" real individual asteroids. This process determines what they're made of, which helps NASA know how to deflect any that pose an actual threat to Earth as so-called "city killers" or worse.

Friday's presentation on the Innovation Lions stage featured Sewell and three others—Tyler DeAngelo, the agency's executive creative director, who initially envisioned the project; Francesca DeMeo, an asteroid researcher at MIT who needs help crunching massive amounts of data she already has on specific asteroids; and Jason Kessler, an executive at the NASA Asteroid Grand Challenge, the 2-year-old program focused on finding asteroid threats to human populations and figuring out what to do about them.

At its core, Apophis 2029 isn't just a game but a giant crowdsourcing initiative that rests on one important insight—that humans are still better than computers at characterizing asteroids, largely because that process relies on pattern recognition, at which the human eye is adept. Getting people in large numbers to help with that pattern recognition can help NASA understand certain asteroids, and reduce the threat they pose.

To get people involved in large numbers, then, mcgarrybowen decided to make a game—which it wanted to be fun, addictive and playable in short bursts. And over a period of about two year, Apophis 2029 was born. For NASA and MIT's DeMeo, the project seemed like a promising way to enlist so-called "citizen science" to address a real problem.

"Crowdsourcing, of course, has been done before in science," DeMeo said. "What's unique about what we're trying to do here is use the science aspect—the crowdsourcing and public input—and combine that with a game. So, it becomes more than just a homework assignment. This is play with an exciting scientific twist to it."

The gameplay was introduced Friday. It features one screen with a "match three" type challenge on the bottom (similar to Candy Crush), where eliminating tiles allows you to shoot or deflect asteroids above. Then, when you match special NASA tiles, the game flips to a second screen, where you're asked to match a pattern from an actual asteroid (visualized as squiggly lines in a taxonomy DeMeo invented) to known asteroid patterns.

Thanks to the central limit theorem, if enough users match one asteroid with one particular pattern, it's guaranteed to be the correct one. And bingo—that asteroid is characterized, and the data filed away that can be called on if it becomes a threat. While any smartphone user on any carrier will be able to play the game, the data will be delivered to NASA through Verizon cloud servers. Sewell said the project is a great fit for Verizon because it allows the client to be involved in—and embody—technological advancement, not just talk about it in its advertising.

"We're bringing consumers in and letting them be participants in what this brand can stand for in fundamental ways," he said. "I don't know of a better way to participate emotionally with the brand than in solving some of the world's biggest challenges."

As with anything grandiose at Cannes, it's natural to be suspicious about the hype around Apophis 2029—even to wonder if it's just a gimmick. But Kessler's involvement helps give it credibility. And at the session, the agency also played a video of U.S. astronaut Cady Coleman endorsing the game.

"The actual data that NASA gets is so important," she said. "Understanding what kinds of asteroids are out there is a problem NASA can't solve alone. And right now our computers are not smart enough to able to characterize these things quickly enough for us. So we need the citizen science crowdsourcing aspect of putting this on a game platform that everyone can play. … I will play this game, even if I have to have my 14-year-old son teach it to me." The game will go into testing this summer and should launch this fall. It remains to be seen whether it will become popular enough to be useful to NASA. But the potential upside is clear. (Paging the Titanium jury.)

"We're going to be training, essentially, an army of people," said DeMeo. "Imagine the day when we do discover an asteroid in our path, and we have thousands of people out there who know how to interpret the data. I just think that's incredible."