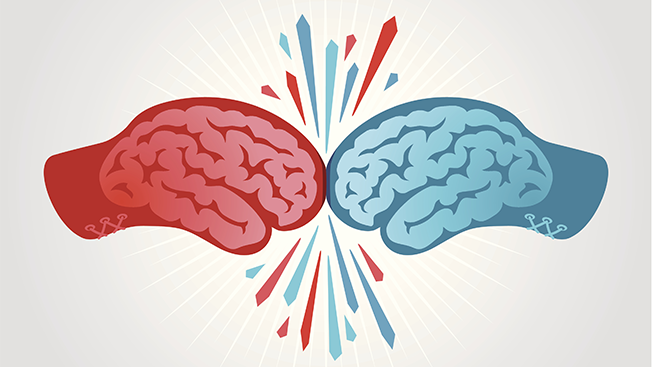 Will this be the year that marketers surprise their agencies by shifting dollars out of digital and back into more traditional media?

'Yes' is the answer from clients who participated in a new 2016 outlook survey, from RSW/US, which revealed that brands are not as enthusiastic about increasing digital, mobile and social budgets as agencies are. Some 34 percent of marketers said they will increase spending on traditional media in 2016, while only 19 percent of agency respondents expect that to happen. Broken down among probable increases in digital, mobile and social practices, marketer responses similarly trail the higher spending expectations of agencies.

"Agencies may be underestimating traditional media, while clients feel there's not been enough seamless integration as we chased the shiny objects," said Mark Sneider, president of RSW/US, the Cincinnati-based marketing consultancy behind the survey. "It might suggest to agencies that they have to think traditional media is still important, and they shouldn't get so wrapped up in chasing that next technology."

This is the 10th year of RSW/US's outlook survey, conducted in December. While Sneider believes current expectations between marketers and their agency partners are "reasonably aligned," some of the anecdotal responses underscore the disparity between the two sides when it comes to agreeing on how good a job the industry does in cross-channel integration.

"I think questions about where marketers are spending can be misleading—clients are put in buckets where the buckets don't exist," explained Chris Macdonald, president of McCann Erickson, N.Y. "A lot of the clients we talk to want a 'digital first' strategy, but traditional media is never going to die. It's about how to optimize channels and optimize spending in those channels."

Marketers and their agencies also disagree about overall spending. In a switch from last year, marketers are more bullish, with some 62 percent of them pledging to increase budgets "somewhat" or "significantly." By comparison, 49 percent of agencies expect a boost.

There's little disagreement, though, about how client spending is increasingly spread across agency project work. Among marketers, 42 percent said they'll be relying on more project work in 2016, in line with agency expectations. (Last year 62 percent of marketers told RSW/US they used more than two agencies, and that number of clients increased to 74 percent this year.)

RSW/US's Sneider believes the trend will rise in the wake of 2015's high-profile shifts to the project model from marketers like Best Buy. Grey N.Y. won assignments after competing against 19 agencies who responded to the retailer.

"It can become challenging when clients expect AOR service for a project fee, but if you're able to do it, it can pay off," explained Michael Houston, CEO, Grey North America. "More and more clients are saying the pitch process doesn't always give them everything they need to assess a relationship. As long as there's a lot of candor and transparency, there is good alignment between a client and agency about where the service level is."

When it comes to those fees, there may at least be some good news for agencies in that 88 percent of marketers said they believe the role of procurement in agency selection is no longer growing and might even decline this year.

With all that financial scrutiny, one finding in the RSW/US is sure to raise eyebrows. When it comes to one of the biggest stories last year, media rebates, 65 percent of clients said they "are unsure" if their agency contracts have audit provisions that adequately allow detection of any undisclosed rebates.

"It makes you wonder how much marketers are in tune with what's going on in the rebate space," said Sneider.