Jennifer Sey at Brandweek: Challenger Brands on how denim embodies 'democracy and inclusion' 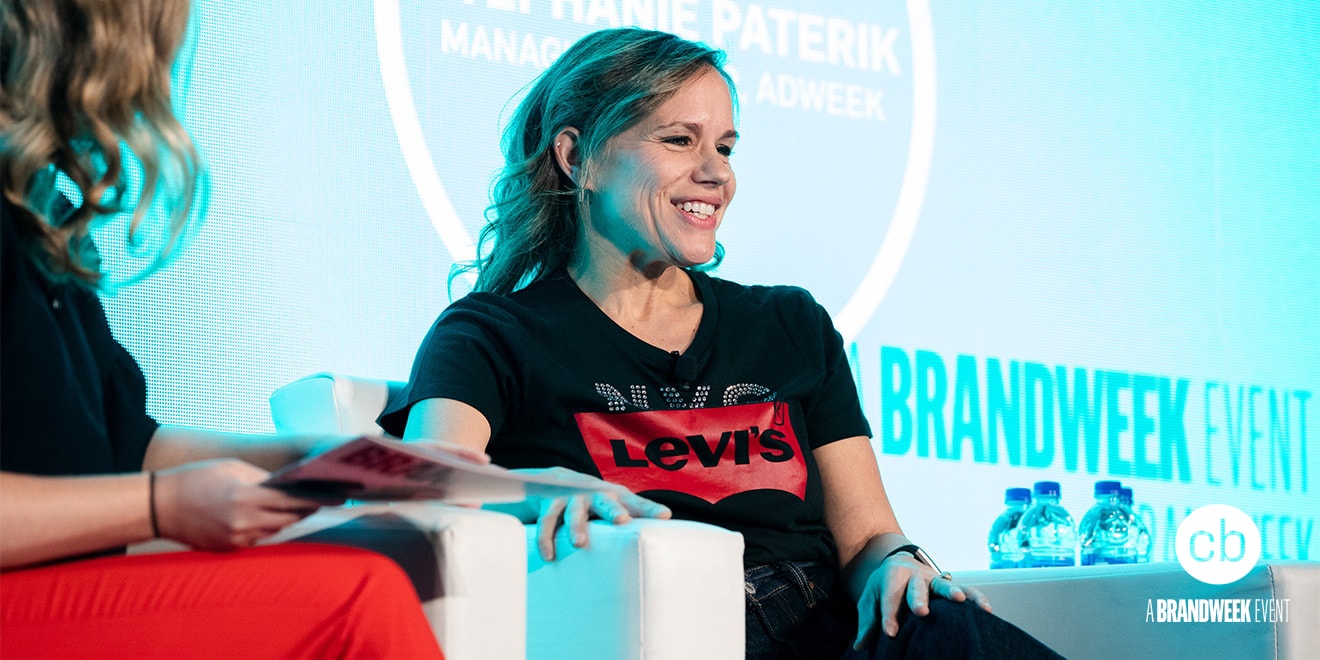 A pair of blue jeans 'is the ultimate form of self-expression,' Sey told the audience.
Sean T. Smith for Adweek
Share
By Robert Klara
|
February 6, 2019
Share

With the American political scene about as raucous and contentious as it’s ever been, a brand can be forgiven for wanting to steer clear of politics in any way. But Levi Strauss & Co. is willing to wade into that morass—most notably with last year’s “Use Your Vote” campaign. The featured spot, along with its supporting social-media outreach, did not endorse one party or issue over another, but it did make a bold statement about civic responsibility, portraying an ethnically diverse range of citizens in various nations, all setting out for polling places to cast their ballots.

And where exactly does a company that’s been sewing blue jeans for the past 146 years find the authority to give anyone a lesson in the affairs of state? To hear CMO Jennifer Sey tell it, Levi’s is better positioned than most brands to do just that.

“Levi’s has been a symbol of democracy and inclusion for just about forever,” Sey said, explaining that a pair of blue jeans “is the ultimate form of self-expression.”

“We felt it was our right to participate in this conversation,” she said.

Sey, speaking at the Brandweek: Challenger Brands summit in New York Wednesday, further explained that while Levi’s might be just a pair of jeans to Americans, to many other countries and cultures across the world, the brand symbolizes America and, by association, the freedoms enshrined in the voting process.

“We continue to stand for what the best of America is,” Sey said.

Levi’s politically themed campaign came at a fraught time for brands searching for messages that seem relevant to politically savvy consumers without going so far as to divide and alienate them.

A body of recent research makes clear that consumers like it when brands take a political stand. A survey from Sprout Social released in 2018 found that two-thirds of consumers believed it was important for companies to take a stand on political and social issues. Another 2018 study conducted by Morning Consult revealed that 59 percent of Democrats and 55 percent of Republicans believed that a brand’s position on a social or political issue was “important” in their deciding whether or not to purchase that brand’s goods and services.

At the same time, brands need to tread carefully—29 percent of respondents in the Morning Consult study had stopped buying a given brand within the preceding 12 months because of a stance it had taken.

In Levi’s case, those risks were lessened because, despite the political nature of its message, the brand was not siding with one party over another. It was instead stressing the importance of political participation irrespective of one’s political persuasion. What’s more, Sey clearly believes that issues like voting and civic expression are important enough to talk about that the risk of offending anyone is a risk worth taking.

“We need everyone to participate in democracy,” she told the Brandweek audience, adding that Levi’s experienced “zero percent backlash” in the wake of its effort.

Sey added that the ascendancy of Gen Y in the consumer culture has helped make politically oriented speech part of the accepted norm for brands. “We didn’t used to talk about these things, but we do now” she said. “Millennials want to know.”