Despite $1 billion in online spending, it's still the Wild West 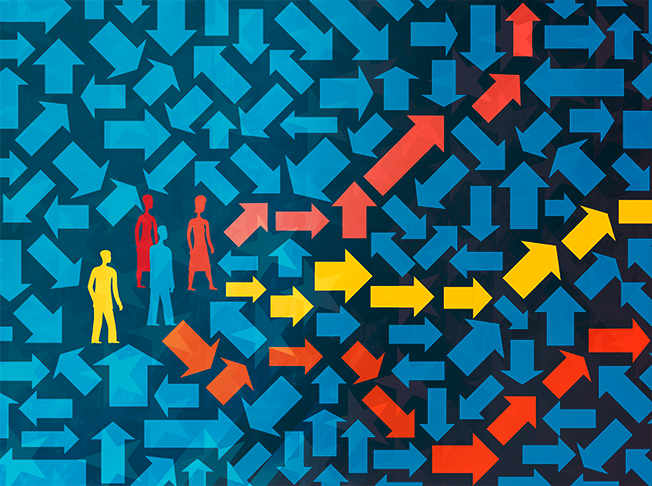 Political professionals will use the word "watershed" when they talk about 2016 for many reasons.  For those of us in digital advertising, 2016 is the year spending went from a river to a flood. But many of the boats lifted in this rising tide were piloted by inexperienced captains. Their naïveté has created potentially dangerous currents for those of us who respect free speech in political discourse—no matter how critical or sometimes harsh it is.

With a projected $1 billion on the table for online ad buys before elections started, it was clear that campaigns were going to buy a lot more advertising on mobile phones, tablets and computers. And spend they did. It's estimated that Facebook alone took in $300 million in political ad dollars.

There's more on the way. My firm, Spot-On, recently surveyed political campaign managers and ad buyers. Almost 60 percent characterized the digital market as "an emerging channel that I want to understand better". The same number said they had increased their spending this year, some by as much as 25 percent.

But this tsunami of cash has triggered behavior illustrating just how unprepared—and silly—online publishers get when faced with questions about political ads.

Facebook CEO Marc Zuckerberg intervened to stop his employees from labeling Donald Trump's comments as "hate speech," but similar discussions are occurring outside that walled garden. Across the Internet, online publishers are making arbitrary and capricious demands on political advertisers.

Here are just a few examples:

• Tronc's ad/ops techs refused to run an endorsement ad until they were provided with a letter giving a California Assembly candidate permission to use Gov. Jerry Brown's image. That's unusual to say the least. Brown's endorsement is public record.

• Spotify rejected an ad, saying it was a "negative attack ad" because it claimed the candidate's opponent was "just like Donald Trump." More troubling? Spotify didn't make that classification. The designation was made by a programmatic middleman firm's "audit review." A faceless third party characterized the ad before it got to publishers and well before it got to voters.

• Pandora, the Internet "radio" service, insists that all political advertising carry a "Paid for by …" disclaimer. That disclaimer is required by California law, where Pandora is headquartered. It's not required for Congressional or other federal candidates—in California or elsewhere. This problem isn't limited to Pandora—publishers' disclaimer requirements vary wildly and are often not in keeping with the law.

Candidates want to be online because that's where voters are spending time. But outlets should not be in the business of picking winners by deciding the quality, nature or tenor of political ads.

With his eye on Facebook's bottom line, Zuckerberg put down a "mini-mutiny" about Donald Trump's comments. He made the right decision. But who's going to tell the ad/ops guy at tronc that Jerry Brown's endorsement is public record? Can we expect the same treatment for a Republican candidate? Who's going to challenge the faceless review process that labeled "Just like Donald Trump" as a negative statement? Clearly Trump's children would disagree and my bet is they use Spotify (or used to…).

As things stand now, it's up to each campaign to argue the law and navigate unchartered waters. Frustration abounds.

There's a solution. Online publishers can imitate cable companies. Cablers are not required to observe the Federal Communications Commission regulations for political ads. But they do. During election season, cable and broadcast have similar pricing structures, standards and review processes. Every political ad maker knows how it works—one reason political money keeps flowing to TV.

The Internet Advertising Bureau or Digital Content Next could easily bring online parties together to set some basic guidelines and standards for political ad review and placement. Here are some ideas to get them started:

• Do away with "attack", "negative" or "positive" classifications across the board. These characterizations are for voters to make.

• Put political review and policy making in the hands of people who understand the laws governing political speech—not brand management or customer service.

• To guide those reviewers, create baseline standards: Is an ad factual? Can the claim be documented? Where? Require that ads with critical claims link to a website providing that evidence.

• Establish a clear pricing structure. TV rates go up at election time because there's more demand and limited supply. That's not always true for online ad inventory, which can be purchased via third parties. Publishers need to account for multiple points of sale when they raise rates and set arbitrary guidelines.

This was a good year to espouse left-center, left-leaning causes, as Spotify, tronc and some Facebook employees clearly have. But political tides ebb and flow. Today's conventional wisdom can be tomorrow's punch line.

That's why it's important for publishers to act now, to anchor sound business practices that are clear, straightforward and, most of all, fair. The year's deluge of online ad dollars is clearly a sign of a robust market—with more to come. But it needs to be channeled and managed, soon, while the floodwaters are receding,  not as the next high tide of money arrives for a sure-to-be contentious 2018 election season.