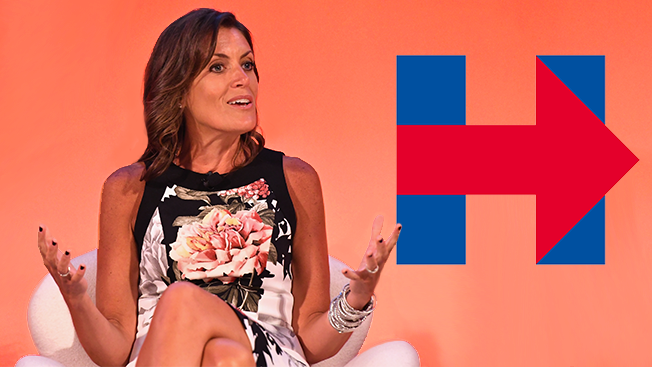 "We want to create a visual representation for Secretary Clinton that is equally as compelling, interesting, exciting and inviting as Obama's mark was eight years ago."

The latest data dump from WikiLeaks is of particular interest to those who work in advertising. It includes a long note from Clark to Benenson and some of the Clinton organization's top executives including campaign chair and amateur chef John Podesta. The topic of interest to the advertising industry was visual design and branding (which is somewhat more compelling than the secret to an extra-creamy risotto).

A DDB spokesperson declined to comment or elaborate on Clark's relationship with the Clinton campaign. But the full email, which was written in February 2015 and cited by Business Insider and other publications this week, makes clear that Clark had been consulting in some capacity for months. The note followed a trip Clark and Teddy Goff of Precision Strategies made to design firm Pentagram before the now famous Clinton arrow logo made its debut. It begins with a discussion of whether "Hillary" should be followed by a period in official branding materials.

"What everyone lights to is the design asset that the period provides and can be applied to other words with and without Hillary," Clark wrote. "However what does not work is the implied emphasis of a period itself." (Note that today, most campaign materials do not include a period.)

Regarding the arrow logo or "H Window," Clark wrote that Clinton did not initially buy into the concept, but that she had recently spoken of a visual identify designed to embody the themes of "embracing people, embracing our problems and embracing our future" while simultaneously "reaching outwards to inspire upwards." Clark added, "She leans away from Hillary type or Hillary signature, she's unwilling for this to be so focused on her. … So the core mark has to work harder to her mission and/or attributes."

Clark also warned against overcomplicating the campaign's visual identity with too many add-ons such as "plus" or "and" symbols, or additional words like "You" or "Together." She wrote, "I think the watch out here is to not get too clever or too cutesy with symbols."

Clinton's staff members seem to have taken her advice.

Later in the email, Clark compared the proposed elements to the Obama campaign's design work.

"Obama's campaign execution truly represented a turning point for political branding in presidential campaigns," she wrote, adding, "They in fact used what many would say were widely accepted brand techniques that companies outside politics historically use—contemporary colors and iconography, dynamic composition in the mark, the mark to represent truths of the brand, etc."

Regarding Obama's signature "O" symbol, Clark wrote, "In the political campaigns before Obama it was largely typesetting with use of flag imagery, stars and photograph identity as the core design assets used." She also hinted at the nature of her consulting role by writing, "This use of branding has a lot to do with why I believe I'm here."

Clark then made the connection between corporate entities and presidential candidates more explicit by comparing the developing Clinton work to both Target's red logo and Apple's rainbow, which represented the brand from 1976 to 1998.

She argued that Target's long-term messaging efforts had successfully tied the symbol to an affordable "design for all" mentality, and that Apple's ad campaigns similarly led consumers to associate the rainbow fruit with "creativity [and] thinking differently." Clark emphasized the importance of the classic Apple ads from TBWA\Chiat\Day, writing, "No one would look at that mark stand-alone and say it means Apple is the leader in human-centered designed, electronic devices with a vision for the future."

Clark's "H window approach" ultimately won out—and most reviews of the logo have been positive despite the inevitable parodies and memes.

"It literally resets the benchmark for political branding, if not all branding," Clark wrote, saying the logo and related materials were "anchored on the unassailable truth of Secretary Clinton's life and career—being in service of others. It's not about her, it's about you."

Whether you agree with Clark's point, she successfully pitched the concept to her client. In forwarding the email to Podesta, Clinton's director of communications, Jennifer Palmieri, wrote, "This diatribe make[s] me like her."