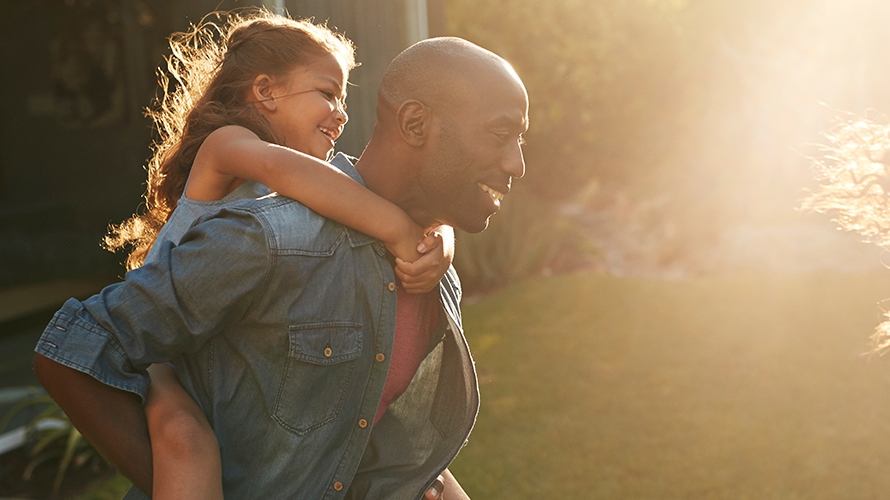 A father can be more emotionally tapped in, and marketers need to recognize that this image has changed.
Getty Images
Share
By Michael Grimes
|
November 15, 2018
Share

Being a positive male role model is a more nuanced endeavor than in previous generations—and for good reason. With the gender pay gap continuing to dissolve, cracks in the glass ceiling finally starting to splinter and women’s empowerment gaining new visibility via the #MeToo movement, traditional gender roles feel as though they’re crumbling in real time. And for the generation of millennial men who are reaching adulthood amidst these profound shifts, it’s not surprising that there’s some recalibration in finding their ideal roles as husbands, fathers and professionals.

Indeed, according to a recent study, these millennial men are in a state of flux. While they value emotional maturity over physical strength, are far more comfortable talking about their emotions than previous generations and—lest we leave this point out—also tout their skills in braiding their daughters’ hair (54 percent versus 29 percent of previous male generations), they also believe that cooking on the grill is the activity that makes them feel the most masculine and that their primary jobs in life are to protect their family and provide financially.

From a marketing perspective, while brands haven’t fully cracked how to deal with this tension between new and legacy iterations of masculinity, there has been a welcome casualty along the way: R.I.P. bumbling dad.

You know who I’m talking about. The male archetype who can barely be trusted to microwave a pizza, let alone take care of the kids while mom does groceries. Well, over the first few Sundays of NFL games this season, he was really been nowhere to be seen in any ads. Interestingly, a DIRECTV spot for the NFL Sunday Ticket borrowed some of the familiar mechanics of the bumbling dad—i.e., a madcap singular mindset to watch football and do anything to achieve it—but applied it to the role of a mother as she bungled her kids’ lemonade stand.

All in all, the twilight of this character is an encouraging trend, continuing where this past Super Bowl’s roster of commercials left off. And it’s certainly a far cry from the days of the “Huggies Dad Test,” when the brand tried to prove their diapers and wipes could handle anything, even (gasp) a house full of dads on solo parenting duty for multiple days.

Viewing modern masculinity as a full spectrum of traits, behaviors and corresponding expectations broadens the emotional canvas on which brands and marketers can create.

In the spirit of moving on from such static representations of men in marketing and in keeping the broader shifts in gender roles and dynamics front and center, here are three suggestions for brands in a post-bumbling dad era.

Run at the tension

Viewing modern masculinity as a full spectrum of traits, behaviors and corresponding expectations broadens the emotional canvas on which brands and marketers can create. No longer are they bound to a playbook where being manly means one thing. This opens the door to address dilemmas that no one is talking about, particularly for more male-skewed brands (shaving, automotive, home improvement, etc.). For example, a razor commercial about a man who nervously appraises himself in the mirror on the day he’s re-entering the workforce would be far more powerful than the stock visual of a shirtless, chiseled guy (who happens to already be hairless and clean-shaven) pursuing the perfect shave.

Just because millennial dads are more comfortable in pulling equal weight around the house doesn’t make them Superman. There may be an impulse from marketers to overcorrect from the bumbling dad and portray a mystical figure who can put his kids to bed, dial in to an overseas conference call and whip up an amazing meal all within minutes and without breaking a sweat, but that’s only going to add to the stress and tension that millennial men already feel. There’s a similar analog there to the archetype of the supermom, clad in professional attire and clutching a briefcase in one hand and a baby in another (take a quick look in Getty Images if you don’t believe me). Point being, it’s a lazy and not particularly helpful portrayal.

A central conceit to the bumbling dad was his role as a foil to the domestic strengths and smarts of his spouse. But given the macro shift to a more equitable division of roles and responsibilities, not to mention how fractured and divided we are as a broader society, it feels as though brands would gain so much more from celebrating the actual partnership of families of all kinds versus pitting them against each other for a one-note laugh.

In a marketing landscape that prizes authenticity and transparency above most everything else, this is simply about capturing a more honest and holistic portrait of who we are and where we’re at as a society. It’s not just a gendered thing, but a human thing, and it’s a reflection that we’re moving in the right direction toward a world where everyone’s equal. So for starters, how about we try filling the void of the bumbling dad with just dad who does his best at work and at home and is not always going to get it right but is always game for trying?