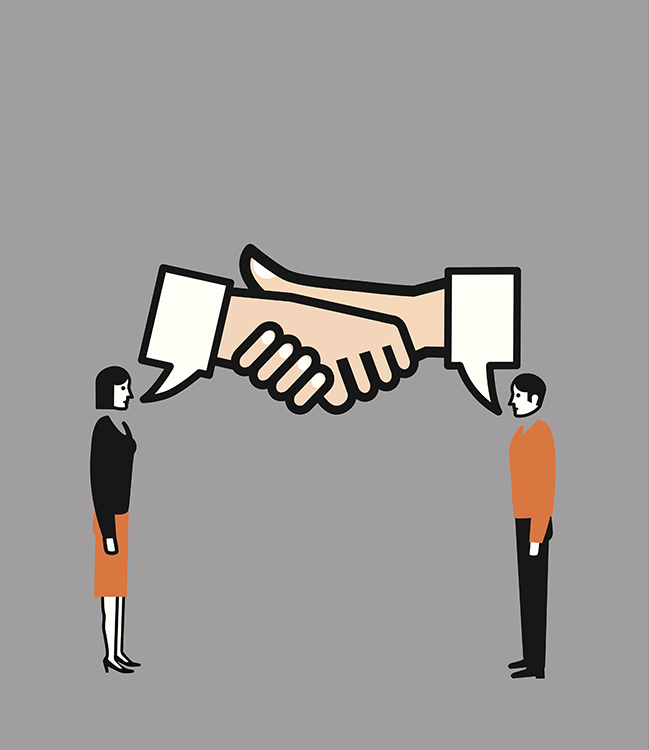 After the nastiest, most mean-spirited presidential campaign in modern history resulted in a new presidency that will be markedly different from the last eight years, many questions remain about whether the divided country can overcome its deep lack of trust in our government, the media, and many institutions. At the opening of the 115th Congress, Speaker Paul Ryan tried to send a message of optimism and called for a fresh start, but will the country embrace that tone, given the rhetoric that preceded it?

What important lessons can brands and companies learn from these scenarios as they look to become beacons of inspiration, authenticity and trust? To earn trust, brands must create an emotional relationship with their customers through actions that inspire them and align with their values. Brands that forge strong relationships and build trust with their customers earn their loyalty for life.

Trustworthy brands are honest and transparent. They don't lie about who they are, what they are made of or how they manufacture. Transparency about their products and their values is what defines them. According to the 2016 Food Revolution Study, 94 percent of consumers say transparency is important to their purchase decisions.

Fast-casual dining chain Panera Bread took this principle to heart. In May 2015, the company made a promise to stop using artificial ingredients by the end of 2016 and launched a "Food as It Should Be" marketing campaign and "transparent" menus that list calories, ingredients and nutritional information for every item.

Southwest Airlines is also using honesty as a differentiator. The airline's latest campaign headline, "Low fares. Nothing to hide. That's Transfarency," makes its position clear. For Southwest, "Transfarency" is a company-wide philosophy that inspires trust in customers because it's consistent with its brand position as a low-fare airline. When they say, "We're all about being open and honest with our customers," we believe them.

In contrast, Jessica Alba's The Honest Company is currently battling lawsuits claiming that the ingredients it uses in its products contain harmful chemicals. When a brand takes a stand for honesty, customers expect the company to deliver on that promise. Failure is seen as more than a simple mistake, it's a betrayal of trust.

Trustworthy brands have their customers' best interests at heart and will take a stand to protect their employees and consumers even under extreme pressure. Following the publicized rise in bullying in schools, the Secret brand launched a campaign called "Mean Stinks" to encourage and empower girls to counter bullying by being nice. Secret's outreach programs position the brand as supportive and trustworthy in the minds of young girls who will be brand loyal as they grow up.

When Apple opted not to give the FBI the tools to unlock its phones, customers could be confident that their personal privacy and security were protected. Compare that behavior to Verizon, which freely turned over millions of phone records to the NSA and then agreed not to tell anyone.

Trustworthy brands admit mistakes and work to repair the damage. How a brand responds when faced with a problem is critical. Chipotle's E. coli outbreak could have put the popular restaurant chain out of business. Instead, the brand took steps to close locations, institute new food safety measures and consistently communicate to the public. The chain took a big hit and continues to struggle against negative public perception, but a quick response positioned the fast-casual food chain as trustworthy to its loyal customers—a position that will pay off in the future.

Today, Nike is the undisputed leader of athletic brands in the U.S. But things weren't always so rosy. Two decades ago, reports about abusive labor practices caused customers to boycott the brand in droves. In the face of the rising sweatshop scandal, Nike's CEO Phil Knight took steps to aggressively and publicly make changes within the company. Nike admitted that it wasn't perfect and the admission lent it credibility with consumers, helping turn public sentiment in a positive direction.

Trust is not something that can be obtained instantly. Trust must be built gradually through consistent performance over time. Brands that are honest and transparent, brands that stand up and protect their customers and brands that respond quickly to admit and repair their mistakes earn the trust of their customers. They are consistent, reliable and deliver on their promises. Over time, these brands can become beacons of inspiration, authenticity and trust. Something we all long for in the aftermath of this contentious election.

Margo Chase is the founder and executive creative director of Chase Design Group, a creative agency with offices in Los Angeles, Chicago and New York.