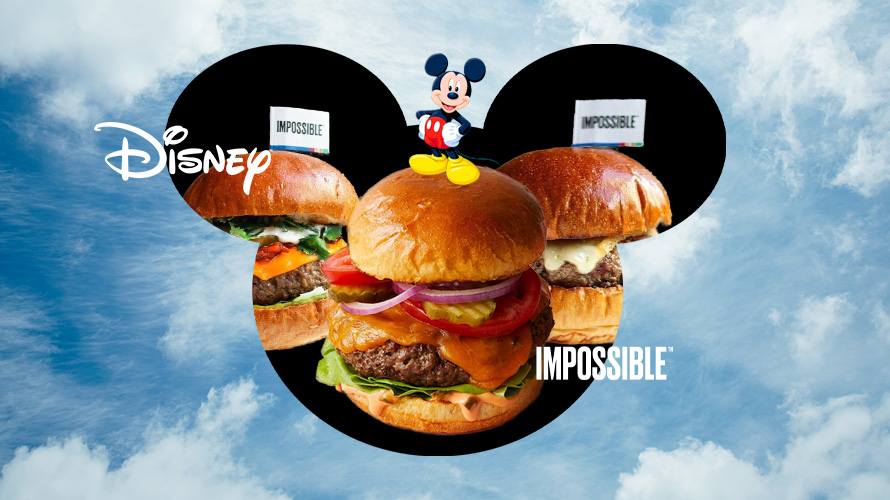 Plant-based diet devotees and imitation meat enthusiasts have another factor to consider when deciding whether Disney lives up to its tagline as “The Happiest Place on Earth:” inventive Impossible Foods options to nosh on while waiting in long lines.

The Impossible Burger—which Adweek put to a taste test over the summer—as well as other Impossible products will be available in several dishes across Disney’s theme parks in Florida and California, as well as its cruise line.

The company’s signature Impossible Burger patty, a protein-packed meat substitute that is halal and kosher certified, originally hit the market in 2016. A little less than four years later, it has been crowned the “preferred plant-based burger” of Disney.

The Redwood City, Calif. vegan-friendly food tech startup will kick off its strategic alliance with Disney Parks, Experiences and Products at the immensely popular Food & Wine Festival at Disney California Adventure on Feb. 28.

Additionally, Impossible Foods’ head of culinary, J Michael Melton, will be behind the grill hosting live demos March 7-8 as part of the festival.

Soon, the Impossible Burger—which utilizes the heme molecule to get that pink-in-the-middle “bleed” effect that carnivores crave—will be available at Tony’s Town Square Restaurant in Magic Kingdom, Smokejumpers Grill in Disney California Adventure and Disney Cruise Line ships. The company has not issued further specifics about where resort guests can savor the plant-based product.

The alliance follows Disney’s announcement in December to add plant-based options at all dining locations in its U.S. theme parks. Per the statement, more than 400 plant-based dishes are now available at Walt Disney World Resort in Florida.

The Disney deal is the latest in a year of partnership wins and collaborative successes for Impossible Foods, which was honored as one of Time Magazine’s 50 Genius Companies of 2018.