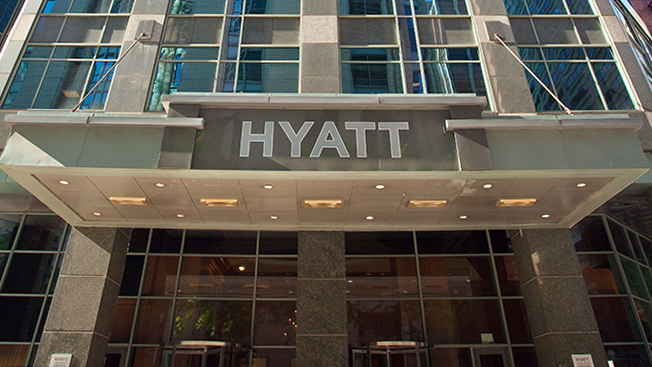 The Interpublic Group agency had not previously worked for the client, which relied on various shops, most notably Pereira & O'Dell, for advertising services.

Media chores, handled by Omnicom-owned PHD, were not part of the review.

For MullenLowe, Hyatt provides "a portfolio of high-quality brands … looking for purposeful, insights-driven, emotionally charged, consumer-focused work," said agency chief executive Lee Newman. Given that mandate, the shop expects to craft "work that allows us to employ the full range of agency talent and capabilities."

"We were very impressed by the agency's deep insight into the hospitality industry, their ability to build brands as well as a strong understanding of our target audience," said Mya Walters, Hyatt's director of brand communications. "They demonstrated passion for our company as well as creativity throughout the process."

Moving forward, the Boston-based agency will collaborate with IPG stablemate Golin and WPP's Cohn & Wolfe, which were hired separately by Hyatt for public relations duties.

MullenLowe has deep experience in the travel category, having created innovative campaigns for JetBlue and breaking its first ads for Royal Caribbean in December.

Hyatt represents the second major new business score for MullenLowe as an integrated unit. In November, Barclays bank tapped the shop for its JetBlue credit card offering. Competing primarily as Mullen, it won Royal Caribbean's account last May, just a week after its fusion with IPG sibling Lowe was announced but before the organizations had fully merged.

For the 2015 fiscal year, Hyatt's earnings dipped 64 percent to $124 million, or 86 cents per share. Revenue fell 2 percent to $4.33 billion. Though its share price has dipped from nearly $60 to about $48 in the past year, Hyatt has outperformed some rivals.

In recent years, Hyatt has spent $15 million to $20 million on domestic advertising, per Kantar Media. Its global outlay could not immediately be determined.