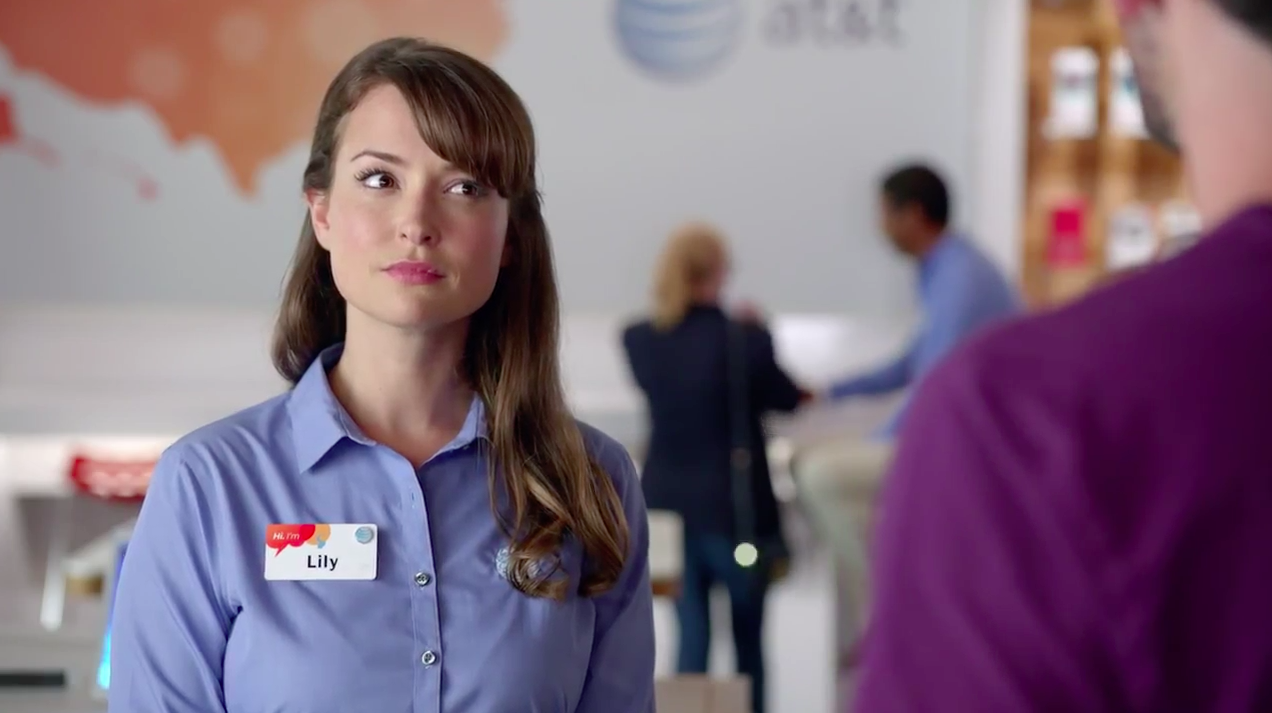 The 27-year-old Upright Citizens Brigade veteran was originally cast for a single spot, "Supervisor," in late 2013. But her endearingly comical way of explaining the Mobile Share Value plans was quickly a hit, and she's been a fixture ever since in the BBDO campaign.

AT&T figured a customer-service character would be a "persuasive, transparent and believable way" of presenting the plans to various customers and families in the ads, said Meredith Vincent, AT&T's director of advertising.

"We were looking for someone approachable, friendly and relatable. When the Lily construct became a campaign, we were thrilled to find that Milana has great humor and great range as an actress, which really helps to keep the campaign fresh." Indeed, she isn't going away anytime soon.

COPYWRITING: One of Vayntrub's great strengths is her improv background. Indeed, the scripts are just the starting point.

"A lot of what airs is unscripted. Milana is an incredible improv actress, and I think we've done a good job of finding actors who play well with her," senior creative directors Stephen McMennamy and Alex Russell said in a joint email. 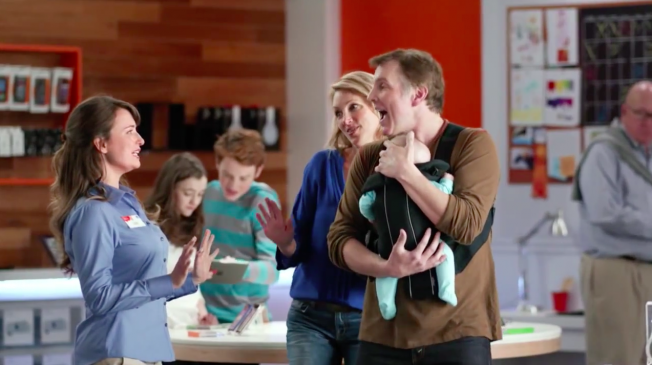 The structure of each spot generally looks like this: Lily explains the plan; the customer does or says something weird or unexpected; and Lily affably plays along. The humor is subtle. The ads often end on a funny look rather than a joke. Lily's unflappable nature is a constant, and makes her feel real and relatable.

"Making a long-running retail campaign is hard," the creatives said. "You need to give people a reason to pay attention to some pretty hard-hitting stuff. So, the more of these we've done, the better we've gotten at recognizing the situations that best tee up Milana's strengths. Which are many. She does a lot with what we give her, making our jobs way easier."

ART DIRECTION/FILMING: The agency has used a few different directors, but for a while now it's been Hank Perlman of Hungry Man. His experience comes in handy when the production schedule gets crazy, with the agency racing to shoot several spots in a row and the scripts changing up to last minute.

"We all trust him, especially Milana, so the shoot days are easier than they probably should be," the creatives said.

Visually, the ads are pretty straightforward. "The biggest challenge has been finding different ways and places for people to interact in the store," the creatives said.

Sound design plays a small part over a bed of ambient store noise. 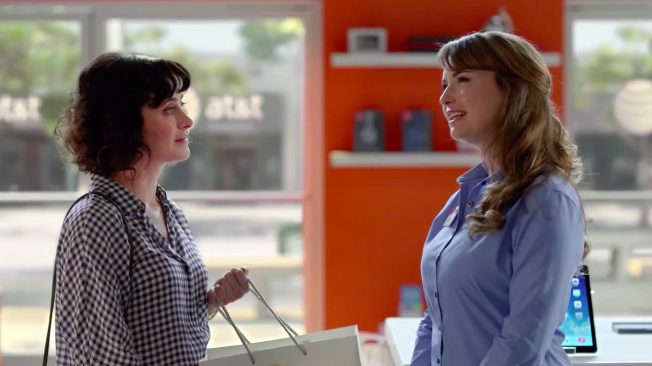 TALENT: AT&T isn't surprised viewers have found Vayntrub to be funny and likable. "But we were a bit surprised to find how invested they became in her character," said Vincent.

"For example, her last name, 'Adams,' is widely referenced by fans, though it was only mentioned in one spot ["Slam Dunk," March 2014]. And she has a lot of 'admirers' and dedicated fan-run Twitter feeds. Not only is she approachable and friendly, she has also shown a lot of wit and charm, and a little bit of sass."

The character recently popped up on ATT.com, and her likeness will appear in AT&T retail stores beginning this month.

No one is more happy about all this than Vayntrub herself. "This campaign has been a really fun collaboration between AT&T, the agency, director and actors," she told Adweek. "I feel lucky to be a part of something so big that allows me to improvise and play."