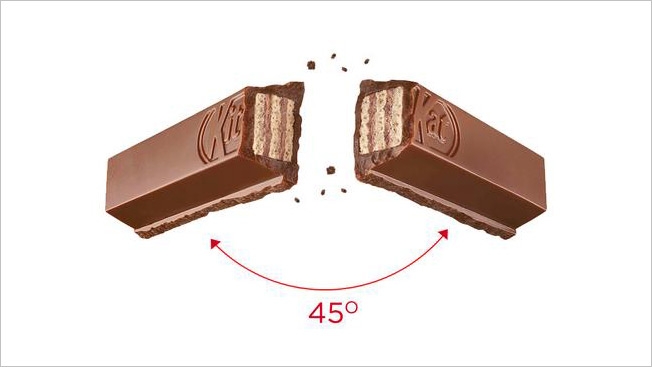 Toward the end of the day Wednesday, chatter on Twitter started picking up around the news that Apple's iPhone 6 was bending in people's pockets, with the #bendgate hashtag.

According to sources, KitKat then decided that it needed to get in on #bendgate because of the alignment with its "Have a break, have a KitKat" slogan. Within 30 minutes, sources said, the brand whipped up an image of a candy bar snapped into a 45-degree angle with a piece of pithy copy and sent out the tweet.

In the first 10 minutes, the message was retweeted 100 times. Less than an hour later, the post had 1,000 retweets.

Now, Adweek has learned, KitKat is running Promoted Tweets to amplify the message. The tweet has now been retweeted more than 23,000 times, racking up 10,000 favorites and has lifting the brand's followers by a few thousand.

To compare, Oreo's famous "You Can Still Dunk in the Dark" tweet sent when the lights went out at the 2013 Super Bowl (which is often credited for kick-starting the real-time marketing trend) has amassed 15,000 retweets and more than 6,000 favorites.

KitKat's tweet is particularly interesting since the candy has a big co-branding deal with Google that prints the tech company's name on roughly 50 million candy bars.

But, KitKat's nimble marketing move on Twitter this week isn't the first time the brand and agency JWT London have employed real-time marketing.

Earlier this year, the brand challenged Oreo to a game of Tic-Tac-Toe. And, in 2012, KitKat shot a social video responding to Felix Baumgartner's skydive.