S.F.-based Heat is a shop to watch 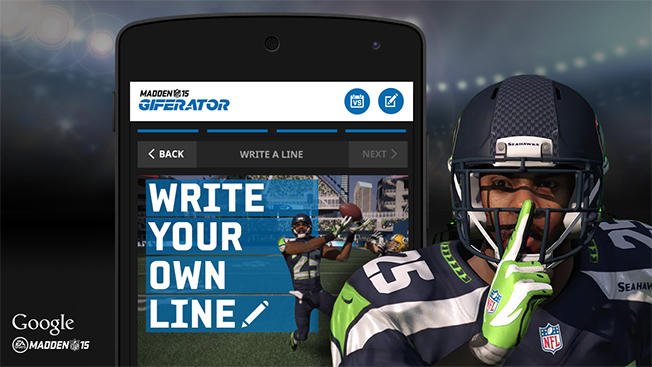 Independent San Francisco-based agency Heat made a big first impression at Cannes this year, winning not only its first Lion but its first eight Lions.

With a team of close to 100, the agency, which says it doesn't typically submit work to costly competitions like Cannes, decided 2015 would be its winning year. The Cannes judges agreed.

Chairman and executive creative director Steve Stone said he knew his agency had a Lions-worthy idea with the EA Sports Madden Giferator. To promote the Madden NFL 15 video game, the Giferator pulled live game footage and created GIF ads in real time. The ads targeted users based on their favorite teams, and the campaign later opened up, allowing football fans to make their own sharable, smack-talking GIFs.

"The idea was we wanted to come up with some sort of tool where millennials could talk to each other, interact, trash-talk and create shareable things that felt relevant to them," Stone said.

The Giferator, which was created in partnership with Grow and Google Creative Partnerships, scored the agency six of its eight lions—two gold, two silver and two bronze. Heat's work on the amusing Madden Season spot below, which stars Dave Franco and Kevin Hart, scored the agency its last two lions—one gold and one silver.

Aside from building a sturdier shelf in the office to support those eight heavy trophies, Stone said he thinks Heat will continue to work and succeed in the space of real-time creativity.

"In addition to feeling like we have a handle on this integrated real-time stuff, combined with content and film, is a great feeling for us," he said. "There are a lot of places out there that can't do both well. They can do one well. We can do both."