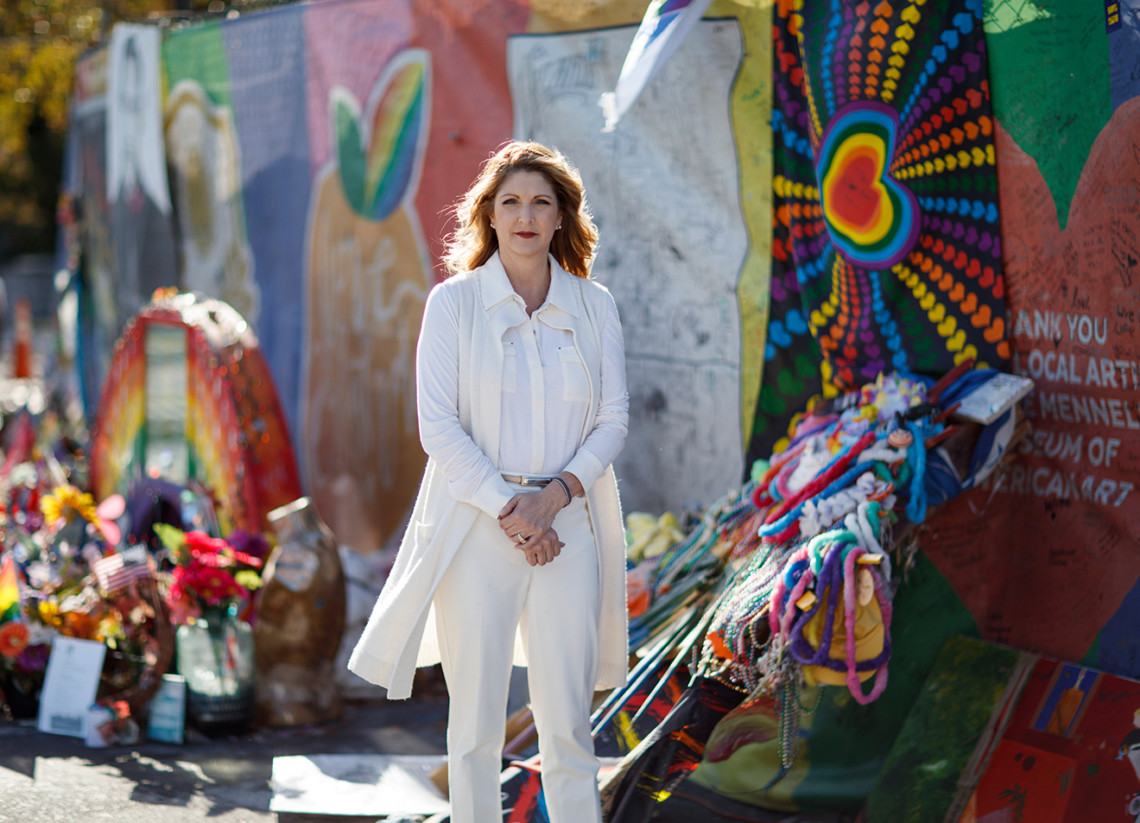 'Nobody as a small-business owner has enough insurance for this kind of tragedy,' says Barbara Poma, shown at the site of the shuttered Pulse Nightclub. OnePulse Foundation

Though school shootings tend to linger longer in the public memory, more mass shootings take place in businesses (37%) than schools (25%). Media coverage of mass shootings—and with it, the public’s focus—tends to center, justifiably, on the victims. After that, the discussion invariably broadens to questions of societal causes, mental illness and the politicized issues surrounding gun control. What’s far less explored is the question of what becomes of the business itself. How should the owners respond? What happens to the employees? Which factors determine whether a company reopens after a shooting?

“I’ve seen organizations several months after a shooting and there’s a black cloud hanging over the company,” says Sem Security Management founder Richard Sem, who has consulted with scores of corporations that have suffered episodes of workplace violence and over 30 that have dealt with mass shootings, specifically. “If it’s not managed properly, it can have a dramatic effect on productivity, morale and retention—on your reputation and, ultimately, your ability to do business.”

Read more: Senior editor Robert Klara spent four months reporting out this feature on the impact of mass shootings on businesses and the challenges they face in the aftermath of the unthinkable.

OneUnited Bank recently announced a new limited-edition Black History Month version of its Visa debit card. The card features a rendition of famed American abolitionist and Underground Railroad member Harriet Tubman with her arms folded across her chest, commissioned work by Miami-based artist Addonis Parker. But when the bank announced the new card on Twitter, reactions were swift and critical. Some who commented on the design said they assumed the project had been led by a clueless white marketing team, which wasn’t the case.

Read more: The artist and bank president stand behind the design, saying the symbolism of the artwork was misinterpreted.

Between Brandless shutting down, Edgewell Personal Care backing out of its acquisition of Harry’s after the Federal Trade Commission sued to block the deal, Casper’s lackluster IPO and Birchbox laying off 25% of its global workforce, it hasn’t been the best week for direct-to-consumer brands. But it’s not all bad: Setbacks like these give companies and anyone in the space a chance to reflect. DTC’s bubble is far from bursting, but the industry is changing—and this week’s developments are indicative of that. “There are no shortcuts to building brands,” said Sucharita Kodali, an analyst at Forrester. “It takes money over time and takes way more than digital marketing. You see one year of low customer acquisition costs and you think that’s going to hold true forever, and that’s not the case.”

Read more: Learn why the FTC’s ruling doesn’t mean it’s going after every acquisition in the space, and how Brandless and Casper provide valuable lessons for the industry.

Pier 1 Imports filed for chapter 11 bankruptcy protection Monday and is pursuing a sale of the company, per an agreement with a majority of its term loan lenders, according to a statement. The retailer plans to use the chapter 11 process to complete the previously announced closure of 450 stores, which includes all of its locations in Canada. Thus far Pier 1 Imports has closed or initiated going out of business sales in more than 400 locations and is also shuttering two distribution centers. The company’s CEO said that Pier 1 Imports has already garnered interest from potential buyers.

Read more: Find out what led up to the filing and what the next steps in the process will look like for the brand.

In its first campaign for the brand, Droga5 capitalizes on that freeing feeling of driving by connecting it to the vehicles with the fewest restraints. While personal liberation certainly isn’t a new theme for Harley-Davidson advertising, Droga5 brings a new level of surreal artistry to the theme. Read more about the campaign here.

“This year, Firewood is observing Black History Month by amplifying Black voices and stories on social media, from celebrating Matthew Cherry’s Oscar win for Hair Love to sharing stories of successful (and unsuccessful) diversity-focused marketing campaigns. We will be publishing an article authored by our director of people and culture outlining the steps for incorporating D&I programming into the workplace and releasing a video interviewing our employees about what Black History Month means to them.”

“This is the first year we’ve celebrated Black History Month. We opened it up to the agency for volunteers and they put together a series of celebrations and education for our staff. This includes creative work posted around our office and on our social channels (@ElevenInc), presentations to our staff during our all-staff meetings, and a trip to a local museum (MoAD) to view the ‘Black is Beautiful’ and ‘Don’t Shoot’ exhibits.”