Retail sales grew 3.4%, according to Mastercard 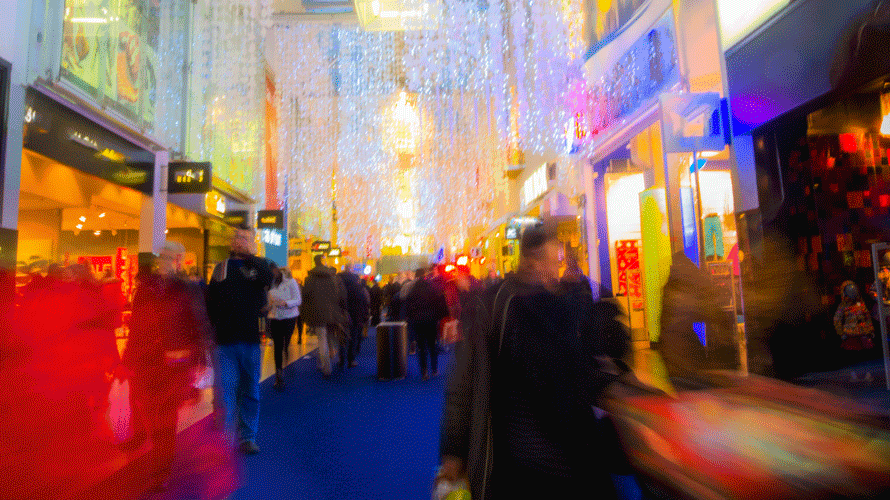 The exception to the holiday retail boom was department stores, which saw a 1.8% decline.
Getty Images
Share
By Ann-Marie Alcántara
|
December 26, 2019
Share

Christmas is in the rearview mirror, bringing another holiday shopping season to a close—sort of. With five days left in 2019, consumers are rushing to spend those holiday gift cards (along with returning and exchanging items that didn’t suit their tastes).

But this holiday season has already been a merry one for retailers. Despite a shorter shopping window because of a late Thanksgiving, a new Mastercard report shows holiday sales increased 3.4% this year (excluding automobiles) between Nov. 1 and Dec. 24. Ecommerce sales grew 18.8% compared to 2018, and made up 14.6% of total retail this season.

Earlier this year, Mastercard had predicted holiday sales to grow by 3.1%.

“Going into the season, there was a lot of uncertainty,” said Steve Sadove, senior advisor for Mastercard. “People collapsed their spending and said, ‘This is the total we’re spending,’ and it turned out to be a very strong season.”

Within ecommerce, certain categories saw growth as well, such as jewelry (8.8% year-over-year), electronics (10.7%) and department stores (6.9%). On Black Friday—the biggest ever, with consumers spending $7.4 billion online—ecommerce accounted for 15.4% of overall retail spending and 24.5% on Cyber Monday. Online sales increased by 28.4% on Black Friday compared to 2018.

“It’s not the actual commerce but the fact that everyone’s walking and living and using their phones and researching whatever they buy, and using friends and taking shots and showing on Instagram, and that’s how they’re shopping versus the role of the sales associate,” Sadove said. “[These] behavioral changes [are] reinforcing the continued growth of ecommerce.”

However, Mastercard’s report showed a 1.8% decline in department store receipts. So while spending is up through department stores’ websites and apps, and omnichannel innovations such as buy-online-pickup-in-store (BOPIS) are on the rise, it’s not enough.

“It’s not [just] about BOPIS and shipping but the product offering and the value the consumer receives,” Sadove said. “The sector has had headwinds for a long period of time [and] they’ve been making changes, but the industry’s made a lot of changes too. Are they moving as fast as the consumer, and are they changing their product mix to what the consumer wants?”