Here Are the Many, Many Ways Your Business Can Get in Trouble for Tweeting the Olympics

Even hashtags and retweets are off limits 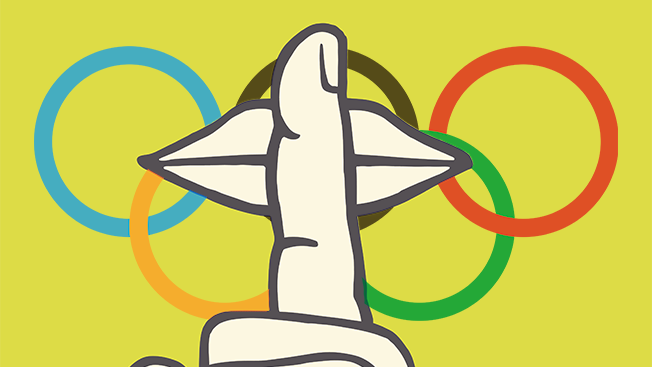 The Olympics will soon set social media on fire, but your business probably won't be able to talk about it.

This year's modifications to the Olympics' Rule 40 sponsorship guidelines have helped some unofficial Olympic sponsors leverage the games in their advertising efforts. But if you're not an official sponsor like Coca-Cola, McDonald's, Visa or P&G, posting about the Olympics on social media during the official blackout period—which started on Wednesday and ends on Aug. 24—can be like doing the 100-yard dash through a minefield.

Last week, the U.S. Olympic Committee (USOC) sent non-sponsor companies a letter warning them against using the Olympics' intellectual property. (The USOC did not respond to Adweek's requests for comment.)

Olympic trademarks are the subject of intense legal protections around the world. The International Olympic Committee requires each host country to create "special trademark protection" laws. In the U.S., these rules are dictated by U.S. Code Chapter 2205, which is why you'll often see the USOC describing its trademark rules as being "under federal law."

While individuals, news media and official sponsors are generally free to post about the games and athletes during the Olympics, other businesses and brands are essentially locked out from anything close to a direct discussion.

Summarizing its many brand restrictions, which you can see detailed below, the USOC warns businesses: "Do not create social media posts that are Olympic themed, that feature Olympic trademarks, that contain Games imagery or congratulate Olympic performance unless you are an official sponsor as specified in the Social Media Section."

If you break the USOC's rules, the organization likely will send you a letter demanding that you remove the content. (This happened to Oiselle, an athletic apparel company that sponsors 15 Olympic hopefuls but is not an official sponsor of the games, during the Olympic trials in July.) If you don't remove the content, the USOC could take legal action against your business.

Here's a sample of the Olympic Committee's many prohibitions against business activity during the games:

1. Businesses can't use any of the Olympics' trademarked words or phrases. These terms include:

2. You can't use terms that reference the location of the Olympics, such as:

4. You can't use hashtags that include Olympics trademarks such as #TeamUSA or #Rio2016.

5. You cannot use any official Olympics logos.

6. You cannot post any photos taken at the Olympics. (While not mentioned on the USOC's brand guidelines site, this rule is mentioned in a letter written by USOC chief marketing officer Lisa Baird and obtained by ESPN.)

7. You can't feature Olympic athletes in your social posts.

10. You can't share anything from official Olympics social media accounts. Even retweets are prohibited.

11. No creating your own version of Olympic symbols, "whether made from your own logo, triangles, hexagons, soda bottle tops, onion rings, car tires, drink coasters, basketballs, etc."

12. "Do not host an Olympic- or Paralympic-themed contest or team-building event for employees."

"Several of our clients are interested in considering other ways to leverage the buzz that the games are going to have over the next three weeks," said Shawn McBride, evp and the head of the sports practice at Ketchum Sports & Entertainment. "We've counseled them to be very judicious in what they do and to err on the side of caution when it comes to any of those key terms. The official hashtags are avoided easily enough."

Non-sponsor brands can still participate in the Olympics conversation by creatively latching onto specific moments during the games, as Oreo did with its on-the-fly "you can still dunk in the dark" tweet during the Super Bowl blackout, said Lesley Pinckney, svp of digital and social at GMR Marketing.

"If you establish a war-room type strategy, when something uplifting or nerve-wracking happens, with the right message and the right brand, there will be opportunities to talk about it," she said.

Other brands are using individual influencers to help get their messages out during the games. "That will prove to be effective, and we'll see a lot of people going through that door," Pinckney said.