Brian Lesser is stepping down from the role 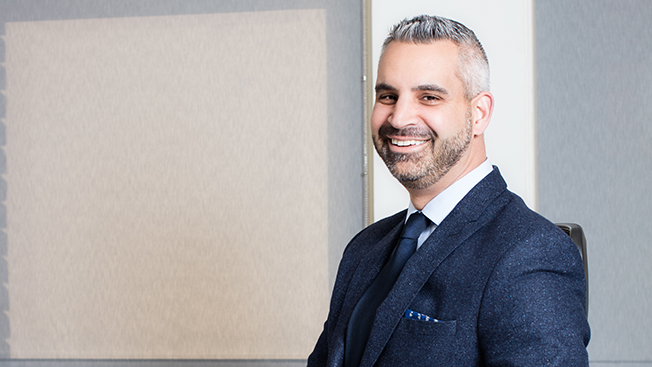 WPP’s GroupM announced today that North America CEO Brian Lesser is leaving the agency for a role at AT&T.

The telecom giant was formerly a GroupM client, but consolidated its media business with Omnicom last August following a review.

According to a press release from AT&T, Lesser will lead a new, not-yet-named division that will use the telecom’s existing customer data and “growing content assets,” much of which may be drawn from its pending merger with Time Warner, to provide advertising and analytics services. He will be CEO of this business and will report directly to Randall Stephenson, chairman and CEO of the larger AT&T organization.

“Brian has been a key contributor to 24/7, Xaxis and most recently GroupM, and we are sorry to see him go, but wish him every success in his new role,” GroupM wrote in a statement. “We will immediately start the search for a replacement. In the meantime, Kelly Clark will assume Brian’s responsibilities and work closely with him and the GroupM North America ExCo to ensure a smooth transition for our clients, our agencies and our people.”

Lesser was promoted to his most recent role in November 2015, following five years as CEO of GroupM’s programmatic Xaxis division.

Back in February, GroupM introduced a cross-platform ad measurement program, which it referred to as “really the next evolution of commercial ratings, which is to aggregate audiences across all of the platforms that that content runs in, within a seven-day window.”