A historic moment in pot marketing 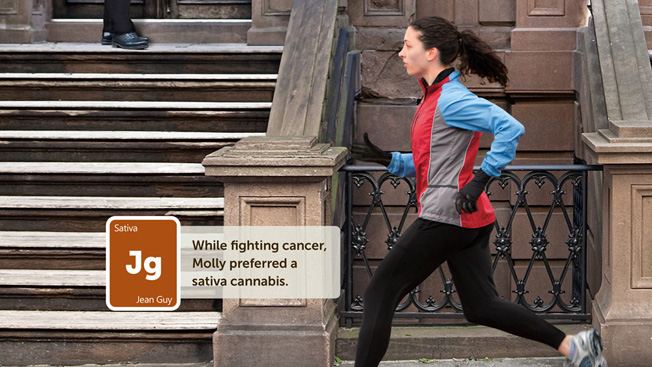 Leafly, a website and mobile app that locates and reviews medical marijuana dispensaries, has bought a full-page ad in the print edition of Sunday's New York Times. A Times rep said it is likely the first ad by a for-profit cannabis entity in the paper's 163-year history.

"While we have run ads from marijuana advocacy organizations in the past, such as NORML [the National Organization for the Reform of Marijuana Laws], this may be the first non-advocacy ad that has run," the rep said via email. "But since we do not track advertisements by subject, we can’t definitively confirm this claim."

Scott Lowry, brand manager of Privateer Holdings, Leafly's parent, told Adweek that approval of the ad "went pretty high up the food chain." Though he said the Times never interfered with creative.

"We really think it is history in the making," Lowry said. "It really would have been unimaginable a few years ago. Actually up until a few months ago, I think a publication like the Times would have told us no."

The ad focuses on New York's Compassionate Care Act, which recently legalized medical marijuana in the state. The agency Heckler Associates created the ad while Mediability handled the media buy. Like Leafly, both shops are based in Seattle. While Leafly would not reveal the cost of the ad, it pointed to the Times' open rate of $179,908 for such a placement.

Lowry said the ad was in response to a Times editorial series launched last weekend arguing to end marijuana prohibition, a stance that has also attracted deep-pocketed detractors. According to The Washington Post, the anti-cannabis nonprofit Smart Approaches to Mariujuana was also expected to run an ad in the Times this weekend for the site GrasslsNotGreener.com.

Check out the ad: 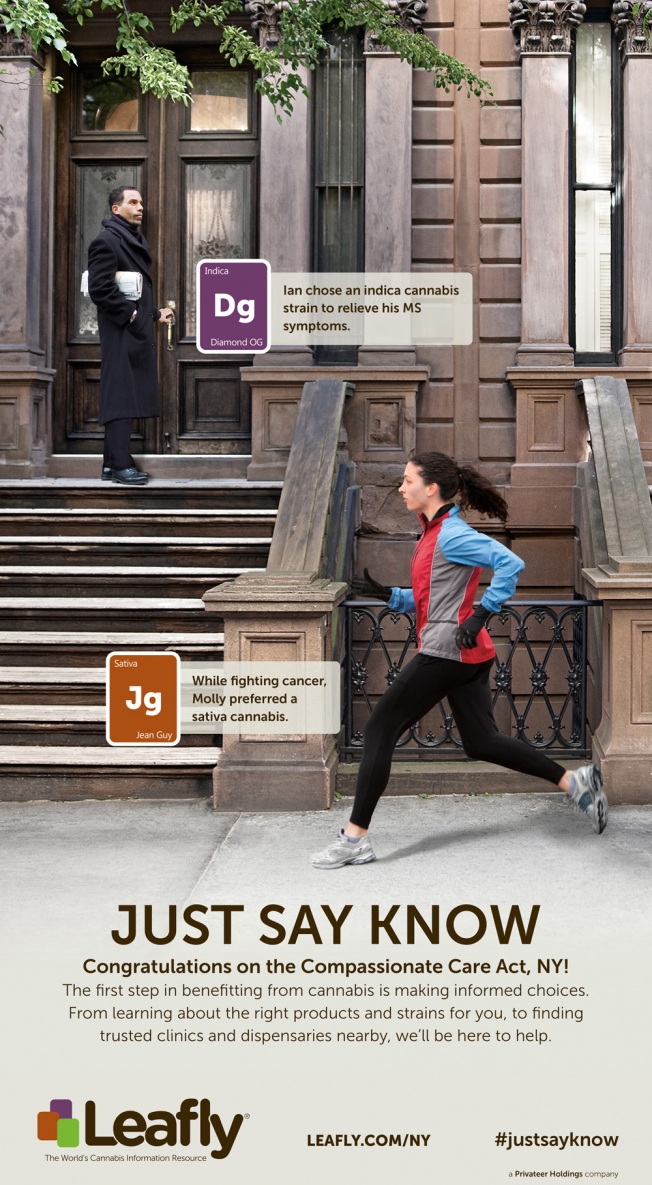